If you like variety, Hingham and Hull offer all kinds of options for food and drink, and some of the most scenic parts of the Greater Boston area can also be found in these neighboring communities south of the city

You don’t have to go very far out of Boston to feel like you’re hours away from the city — and that certainly goes for the South Shore towns of Hingham and Hull. The two communities, which are both on the water and border each other, are about as different as can be, but they also have some common threads, including tremendous seaside views, great recreational opportunities and an array of dining and drinking options that range from quick cheap eats to classy high-end restaurants, including some real hidden gems of all types.

In some ways, Hingham and Hull are so different that they tend to complement each other in some ways. The former is mostly a wealthy, Colonial-feeling town that has similarities to Concord or Marblehead in feel, including one of the most beautiful Main Streets in all of New England, while the latter has more of a honky-tonk, beach town vibe, though the tip of the peninsula on which Hull resides is much different, almost feeling like a rural village in the Maritime Provinces of Canada.

When there’s no traffic, you can get to Hingham from downtown Boston in about 20 minutes (and Hull in 30 minutes), so both towns are very easy to get to from the city, depending on when you go, though both are often passed by as people head to other places south of Boston such as Plymouth, Cape Cod and the islands.

It may come as no surprise that Hingham has some good higher-end restaurants, but you can definitely dine here without breaking the bank. One of the best options for upscale dining is The Quarry, which is tucked away in a quiet area along Route 53 and features a cozy bar area, an elegant dining section and a pleasant patio out back complete with heat lamps that work very well. New American dishes, regional fare and cocktails are the name of the game here, with highlights being roasted chicken, steak frites, a burger with taleggio cheese and a maple Old Fashioned made with rye.

Perhaps a tad less upscale is the Greenside Grille, though it is still a great place for a date or a special occasion, and its completely out-of-the-way location at the South Shore Country Club off South Street near the West Hingham commuter rail station makes it a true under-the-radar spot. Here you’ll find a comfortable outdoor patio overlooking the golf course, with comfort food dishes such as tots, wings, lobster rolls and steak tips going well with the many beer options offered.

Closer to the water are Stars and Hingham Lobster Pound, which are two casual spots along Route 3A that are popular with locals. The former is a diner-style eatery with terrific breakfast options and excellent comfort food while the latter is a classic roadside shack open for takeout/pickup where you can choose from any number of fried and grilled seafood dishes.

If you’d like to dine in Hingham’s handsome town center, The Snug on North Street is a great place to go for Irish and American fare and is currently open for takeout, with the pub being known for such dishes as chili, chicken pot pie, shepherd’s pie, fish and chips and a grilled salmon filet.

Hull is certainly seen as a beach town in many ways, so restaurants with outdoor dining areas tend to rule the roost for the most part — and in the case of takeout places, there are many scenic options to take your food, including picnic tables at various parks, the wall along Nantasket Beach and elsewhere.

One such takeout spot is Breadbasket Bakery & Café on Nantasket Avenue, which has fantastic breads made from scratch along with some of the best breakfast sandwiches on the South Shore — and you are within sight of both the beach and Hingham Bay so you have your choice of beautiful spaces in which to take your food.

A new outdoor development called the Paragon Boardwalk is a short distance south on Nantasket Avenue and offers a unique experience where you can grab cheap eats from such places as Joseph’s Pizza and Far Out Ice Cream while sipping on local craft beers.

Within walking distance of Paragon Boardwalk are two family-friendly restaurants. Jake's Seafood Restaurant on George Washington Boulevard features a classic New England dining experience complete, with a waterside patio, while Mezzo Mare on Nantasket Avenue is a romantic little Italian eatery where people can sit by the fireplace (or dine outside) and enjoy chicken parm, veal piccata, shrimp scampi and more.

As you head further up the peninsula toward the mostly residential tip of Hull, restaurants tend to become few and far between, though there are some real gems up here if you look hard enough. One such spot is Local 02045, a bayside restaurant hidden away by the marina on A Street that has a second-floor deck with spectacular views, while its menu includes a mix of American and regional fare and pub grub, with the macaroni and cheese with buffalo chicken being highlights.

Hingham and Hull are great places for exploration, and much of it can be done by car (or to a lesser extent by commuter rail via the Greenbush line and its West Hingham and Nantasket Junction stops). As mentioned earlier, Hingham Center is picture perfect and a great place to wander, be it for its cute little shops or its waterfront area just up at the end of North Street, which includes views of Hingham Harbor and Hingham Bay.

Less known is Hull Village at the tip of the Hull peninsula, which has very little in the way of shops or restaurants, but, as previously mentioned, looks more like a tiny hamlet in Atlantic Canada or perhaps Downeast Maine than a place that’s only a few miles from downtown Boston as the crow flies.

Other areas worth exploring by car include a particularly interesting stretch of Route 228 in South Hingham that has a remarkable collection of historic homes along a linear village green where you can see charming saltboxes, large Colonials and old cape-style homes; Weir River Farm, a hilltop reserve and working farm near the Cohasset line where you’ll see all kinds of animals including cows, chickens and horses; and Hull Gut, which is the “end of the line” just past Hull Village at the tip of the peninsula that happens to have some of the most stunning sunset views in the region along with views of the Boston skyline just across the water.

If you’re looking to stretch your legs after a good meal, the only question is, do you want to do so in a remote area away from the coast or in an open area along the water? Hingham has a bit of both, and its inland spaces include one so big that it is the size of some towns. Wompatuck State Park is indeed a place so vast that you can quickly get lost if you aren’t careful, and it actually extends across a few communities including Hingham, Cohasset, Norwell and Scituate. Within its 3,500 acres are several ponds and a reservoir, bubbling brooks and lazy streams, open fields and deep woods, a campground, a rail trail and remnants of an ammunition depot annex.

While not quite as large, neighboring Whitney and Thayer Woods (part of which also sits in Cohasset) is a peaceful Trustees park that is great for biking, hiking, and walking and includes a holly grove that is a must-see toward the holidays, and the adjacent Turkey Hill and aforementioned Weir River Farm can be accessed via hiking trails and have wonderful views of the distant hills, the ocean and the Boston skyline. If you feel in the mood for an all-day hike, you can easily get 10 or more miles in by starting at the Wompatuck visitor center and heading north to Whitney and Thayer, Turkey Hill and Weir River Farm before making your way back.

For water views, Hingham also has a special walking area along the ocean called World’s End, a 250-acre Trustees property that was designed by landscape architect Frederick Law Olmsted and which includes four drumlins with views in nearly every direction and a wooded area called Rocky Neck that feels a bit like Acadia National Park with its old coniferous forest and ledges overlooking the ocean.

Hull has some interesting seaside spots as well, including the aforementioned Nantasket Beach, which is great for long walks in the off-season when it’s a bit quieter, and Fort Revere Park above Hull Village, where you can wander to a couple of historic bunkers while also being able to see nearly all of Boston Harbor, including two lighthouses lined up one behind the other.

Maybe it’s the fact that Hingham is seen by many as a quiet residential community and Hull is seen mainly as a bustling beach community, but it does seem that both towns are often overlooked when it comes to dining out — and exploring in general. But there are so many different types of dining experiences in both places, and that, combined with the glorious scenery and abundant outdoor options, make the two communities a must-visit while visiting the South Shore. 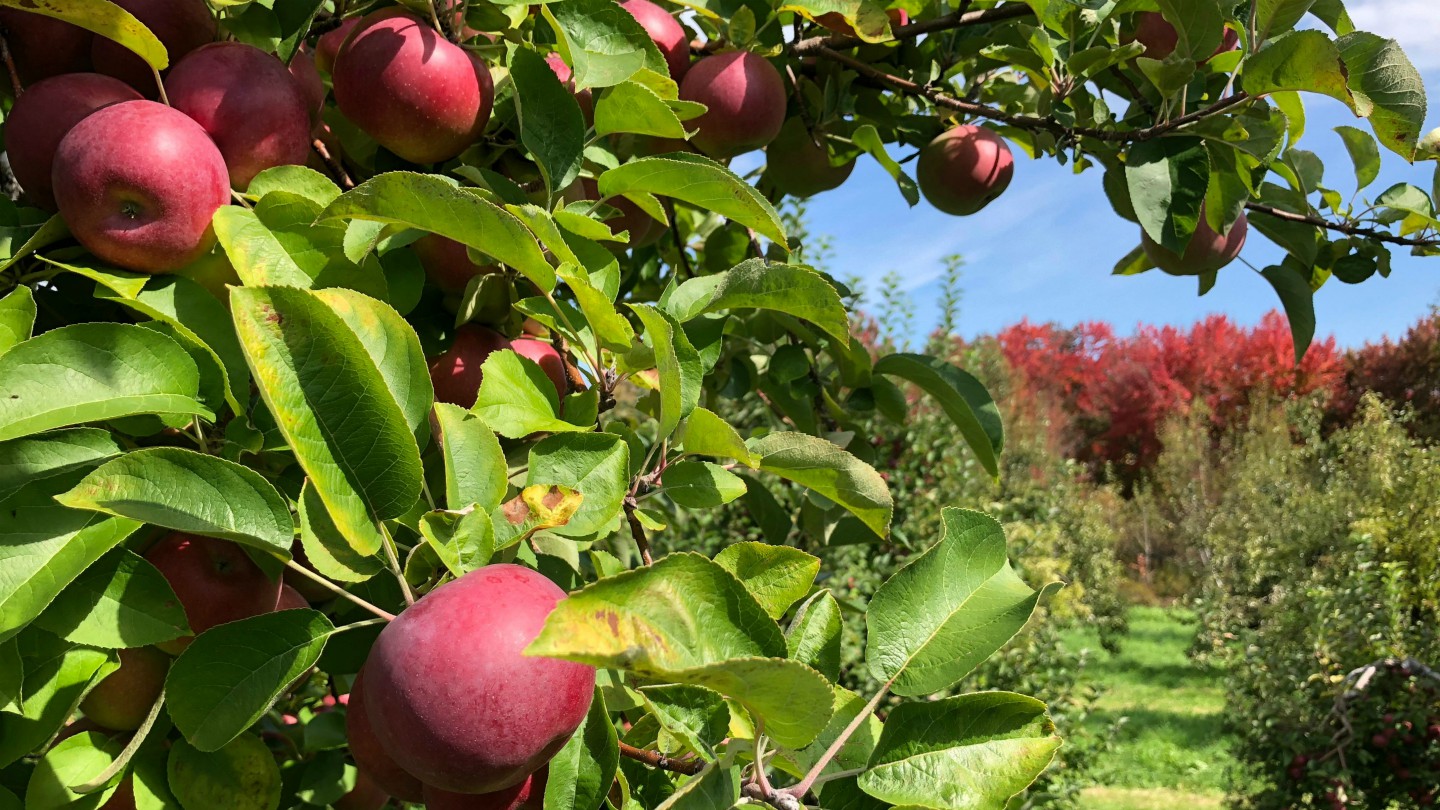 In Massachusetts' Nashoba Valley, Apple Orchards Are Just the Beginning 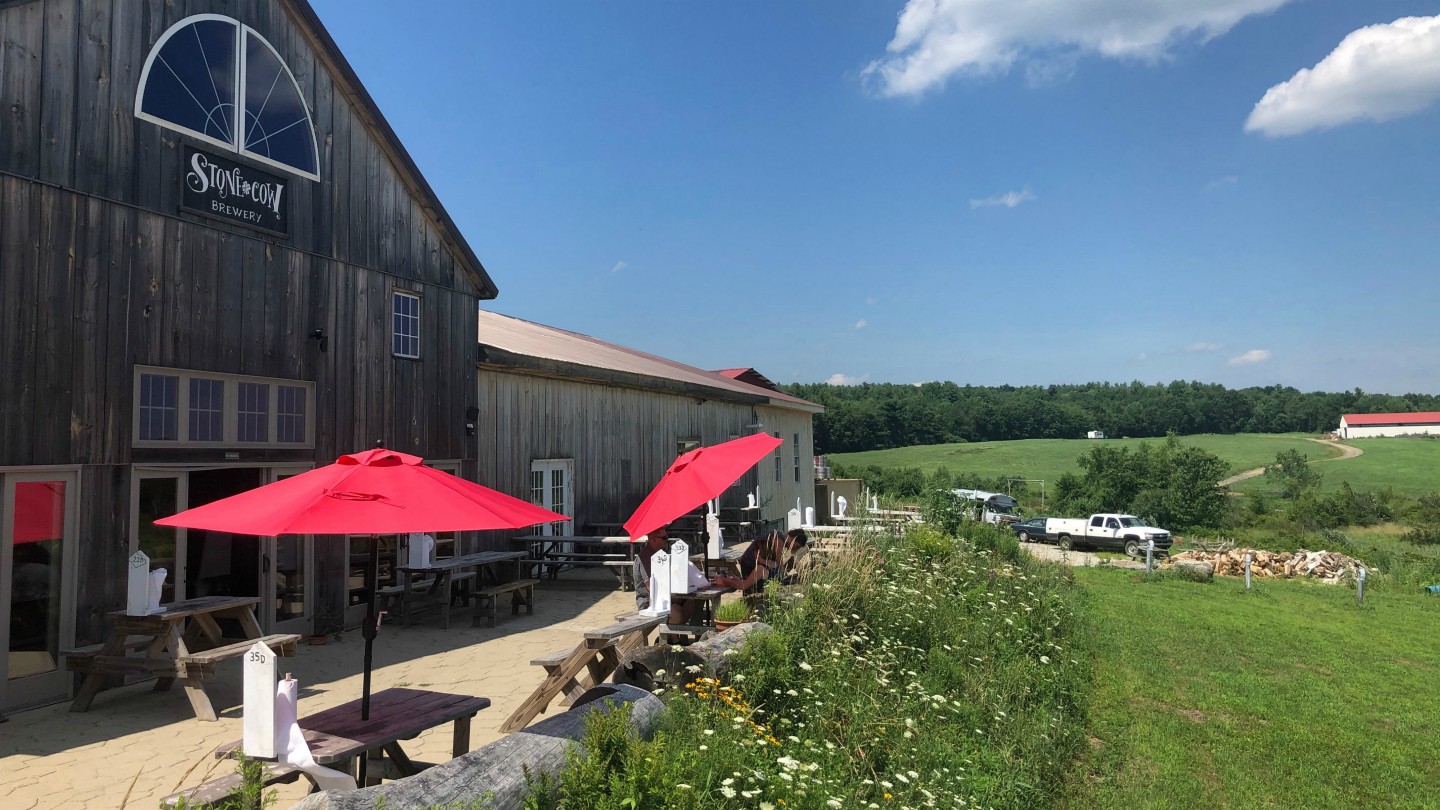