Vanilla Bean Cafe in Connecticut's Quiet Corner sits along a scenic byway in a hilltop town, but being in one of the last undeveloped places between Boston and Virginia doesn't mean it has a small menu

While it’s true that there are endless stretches of unspoiled land in the Western United States, some of the most remote parts of the country can also be found in New England.

Popular local back countries include Vermont’s Northeast Kingdom, the North Maine Woods and the Pemigewasset Wilderness in New Hampshire. You might not think that southern New England would have such out of the way places, but it does, and one of them, the Quiet Corner of Connecticut, is little more than an hour from the Greater Boston area.

This beautiful part of the state, which borders Massachusetts and Rhode Island, is one of the few areas between Boston and Virginia that has an almost total lack of development, and it’s simply huge, with nearly a half million acres of endless forest and farmland. Scattered throughout the Quiet Corner are a handful of peaceful communities including some hilltop towns that wouldn’t be out of place in Vermont.

One of these is Pomfret, a town of less than 5,000 people that is known in part for the Vanilla Bean Cafe, a beloved dining spot that’s popular with locals, motorcyclists and those who love a good mystery ride.

Part of the fun of the Vanilla Bean Cafe is simply getting there. The restaurant sits alongside Route 169, which is so stunningly gorgeous that it has been designated a National Scenic Byway. The stretch from Woodstock to Pomfret is particularly nice, and approaching Pomfret from Woodstock is a pleasant way to arrive from the Boston area. Drivers can take Route 16 all the way from metro Boston to Webster, where Route 197 continues on, crossing the Connecticut border over to Route 169 in North Woodstock. (If you’re in a rush, you can also take the Mass. Pike to Interstate 395 to Route 44.)

Woodstock and Pomfret have quite a bit to offer for such small towns, so if you’re not in a hurry to hit the Vanilla Bean, there are breweries, wineries, antique shops, country stores and hiking trails in and around the area. (Antique lovers will definitely want to check out Putnam, an old mill town just east of Pomfret whose historic downtown area is home to the sprawling Antiques Marketplace.)

When you first pull into the parking lot for The Vanilla Bean Cafe, there’s a good chance that you’ll see a number of motorcycles, as the restaurant sits in an area full of great roads for riding – they are twisty, breathtaking in many places and mostly empty. The eatery is also a local hangout, where you’ll probably see students from the nearby prep schools. Of course, those who love road trips often dine here as well, especially when the weather is good. 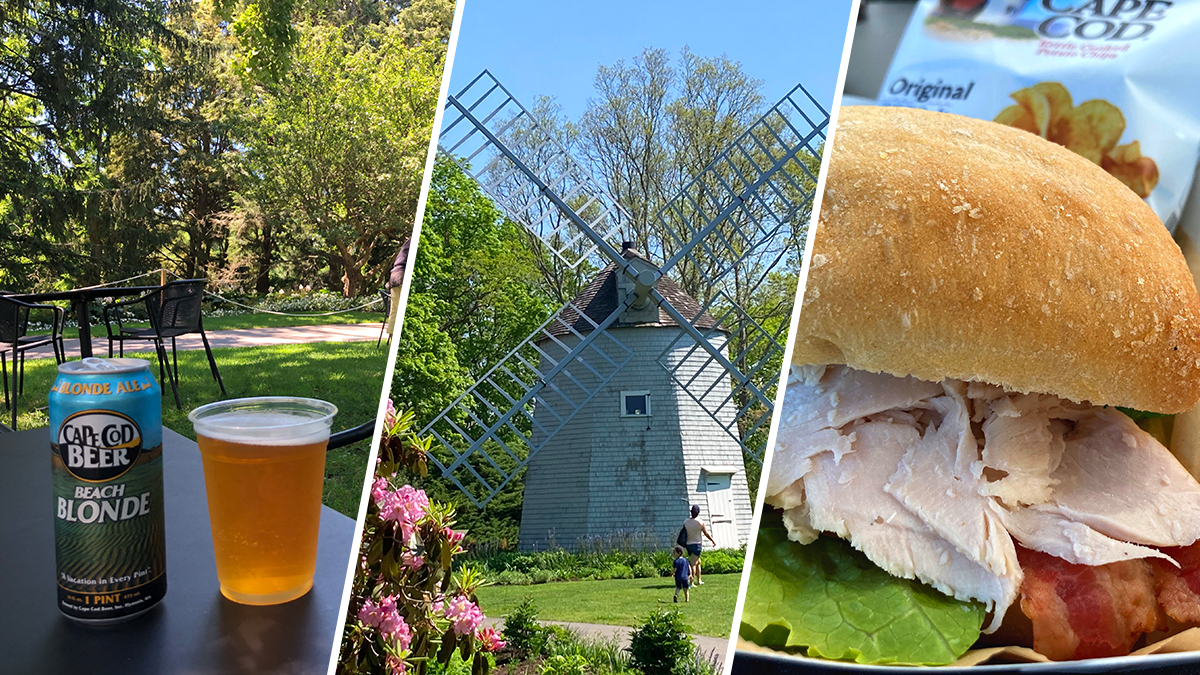 The space is deceptively large, with a comfortable patio out front where diners can soak up some sunshine and breathe in the clean and often cool air. (Much of the Quiet Corner sits at a high elevation.) Inside, the ordering area has a barnlike feel to it while most of the indoor seating is in a dining room to the right — it includes a fireplace in the back, which adds to the rustic ambiance. The back area is also set up for live music, where you might catch anything from folk to jazz to blues and more.

Photos: The Ultimate Road Trip Restaurant in a Surprising Part of New England

Many restaurants that have the word “cafe” in their name tend to focus on lighter fare, but the Vanilla Bean Cafe has quite a varied menu, including some rather large plates of food for those who are hungry. Some of the favorites here include breakfast dishes, like omelets, egg sandwiches, French toast and pancakes; a rich-tasting beef chili with plenty of cheese and a moderate amount of heat (a vegetarian version is available as well); a rotating list of freshly made soups such as clam chowder and tomato florentine; an old-school quiche lorraine with lots of smoky bacon; a very filling bean burrito that might keep you from trying one of their wonderful desserts (more on that in a bit); a roast beef and cheddar sandwich that gets an extra kick from horseradish sour cream; a variety of quesadillas including one with chicken and bacon; a messy but delicious pastrami reuben on rye bread; always-tasty Nathan’s hot dogs; and all kinds of great burgers, including a classic cheeseburger, an extra-lean buffalo burger, a turkey burger and a black bean burger.

Saving room for dessert is a must, as the Vanilla Bean is known for its sweet treats – among them cheesecake, brownies, Boston cream pie, rainbow cake, cookies, almond “joyfuls” and carrot cake. The Vanilla Bean also serves beer and wine (including options from those local breweries and wineries) and, as you would expect from a café, plenty of coffee and tea options as well.

The Vanilla Bean Cafe has been around for many years, becoming an institution of sorts for its perfect combination of good food, service and atmosphere in a picturesque setting. And because it really isn’t that far from Greater Boston, there’s plenty of time to explore this surprisingly unspoiled area of New England that gets overlooked far too often, even though it’s so much closer than some of the other parts of the region that feel very much off the beaten path.