This Cambridge Neighborhood Is a Take-Out Food Paradise

It seems every section of Cambridge is loaded with restaurants, but the endless options for to-go food in this part of the city makes it a must-visit area

Quick, when someone mentions Cambridge, which areas do you think of first when it comes to dining out?

Central Square certainly comes to mind, as do Harvard Square, Inman Square and the stretch of Massachusetts Avenue between Porter Square and Harvard. But have you ever ventured beyond Porter Square, heading toward the Arlington line?

Cambridge may seem like a laid-back and quirky place these days, but it was actually a major industrial city long ago and you can still see remnants of this throughout, particularly around Kendall Square, Central Square and the stretch of East Cambridge between Inman Square and the Lechmere area. North Cambridge is no exception and because it remains a mostly residential neighborhood — and parts of which continue to be working-class with multi-generational families under one roof — you can get a feel for the Cambridge of yesteryear simply by walking its streets.

If you haven’t and you’re a food lover, you might want to do so, as the number of restaurants in North Cambridge — including takeout-friendly places — is almost mind-boggling, especially along Mass. Ave. And if the weather is decent enough, you’ll also find a number of green spaces where you can grab a bench and dine, while also soaking in the history of this always-interesting part of the city.

From its many squares (and it seems like every other block has a square named after residents of the city from way back) to its renovated factories and warehouses, North Cambridge is a fascinating area that holds a lot of secrets if you look close enough, including hints that the section around Porter Square was once home to multiple cattle yards, leading to a possible (if not proven) conclusion that there’s a connection between the name “Porter Square” and porterhouse steaks.

North Cambridge is mostly centered around Mass. Ave., and other than the few blocks by the Arlington border that are mostly residential, this major thoroughfare basically consists of one restaurant after another including dining spots offering nearly every type of cuisine, and most of which focus at least in part on takeout.

Porter Square is a good area in which to start, and if you like Asian fare, you’ll want to head to the Porter Exchange building on the southern edge of the square where you’ll find a Japanese and Korean food court that includes such wonderful spots as Sapporo Ramen, Café Mami, ChoCho’s and Tampopo. On the other side of the square is a terrific alternative to Sapporo, as the award-winning Yume Wo Katare is a cult favorite of sorts that used to have lines out the door pre-pandemic, while also being a place where you could “speak your dreams” to others dining there.

A block up from Yume Wo Katare is the Newtowne Grill, an old-school neighborhood bar known for its outstanding thin-crust pizza that brings to mind some of the best that New York City has to offer, while across the street and a couple of blocks further up is Andy’s Diner, another old-fashioned spot that locals go to for hearty breakfast dishes, sandwiches, and more.

The stretch of Mass. Ave. between Rindge Avenue and the Cameron Avenue/Cedar Street/Harvey Street intersection is only about seven blocks long but this is the heart of North Cambridge’s “restaurant row,” with almost too many dining spots to count. One of the best-known restaurants here is Frank’s Steakhouse, an iconic neighborhood place that has been around since the 1930s, and while it is more of a dine-in spot, you can certainly do takeout here as well.

On the same side of Mass. Ave. and heading toward the Arlington border you’ll find Greek Corner, a wonderful place for classic Greek dishes; Qingdao Garden, a favorite for handmade dumplings and both Chinese-American and more authentic Chinese fare; and Joe Sent Me, a “speakeasy” type place that is also takeout-friendly and that has some of the best wings you’ll find anywhere. On the other side of Mass. Ave and within sight of Frank’s is a longtime fave for Lebanese food called Café Barada, and this eatery is a must for their sublime pita bread along with tremendous takes on falafel, hummus, baba ghanouj, tabbouleh and more.

One restaurant of note can be found between Cameron Avenue and the Arlington line, and while Season To Taste Restaurant is a bit more casual than the restaurant it replaced — the high-end Table at Season To Taste — it still has the fresh, seasonal food using local ingredients that you would expect at this place, which is part of Season To Taste Catering and which also includes Season to Go for those who are looking for takeout.

It isn’t just restaurants that brings food lovers to North Cambridge, as a few shops for food and drink are also a big draw. One of the best-known of these is Pemberton Farms, a specialty market that has been around for a long time and which offers produce, sandwiches, cheeses, meats, premade meals and so much more while also selling some great local beers.

Speaking of beer, a tiny convenience store hidden away on Walden Street called Thistle & Shamrock happens to sell some of the best beers you’ll find in the region, including occasional sightings of such cult favorites as Heady Topper and Focal Banger — and because this is really just a neighborhood store, beer nuts who search for such highly-sought-after brews often overlook this place, so you may see some rare beers simply sitting untouched in the coolers in the back aisle.

Finally, it is worth noting that while Spindler Confections next to Pemberton Farmsis closed until late January because of the COVID-19 surge, once it does reopen you may want to check it out — that is, if you’re a chocolate lover (and who isn’t?), especially as we head toward Valentine’s Day.

If the weather isn’t too bad and it’s mild enough to sit outside, a number of outdoor areas reside very close to Mass. Ave., and they tend to be great spots to get a feel for the neighborhood and its history. A short distance behind Joe Sent Me, Qingdao Garden, and Greek Corner along Cedar Street is the Reverend Thomas J. Williams Park, a tiny green space in the heart of “old” North Cambridge with a playground and some park benches, making it a perfect place to bring some takeout food.

Continuing further up Cedar Street and crossing Rindge Avenue up Middlesex Street will bring you to a group of green spaces that includes Gerard Bergin Park, McMath Park, Rindge Field, and the Pemberton tennis and basketball courts, with the first two also being quiet, tree-shaded spots for a quick bite to eat.

If you’re looking to take a walk while also grabbing a bench to eat some takeout, head back to the Mass. Ave./Cedar Street intersection to the Alewife Linear Park, a peaceful walkway that leads to Alewife T station to the west, or if you go the other way via the Somerville Community Path, back to the Davis Square T station and beyond, and walking in either direction will give you a sense of serenity while also being near some of the busiest parts of the two cities.

Just past the outer edge of North Cambridge heading toward Huron Village and Observatory Hill is a fairly large (for Cambridge) open space called Raymond Park, which is popular with dog walkers and parents (it has a large playground) while also being a nice spot for dining on takeout food from a nearby restaurant or something from the aforementioned Thistle & Shamrock, which is a very short walk up Walden Street.

Many people who live in North Cambridge tend to walk everywhere rather than taking their cars, in part because it’s a pretty compact area that has just about everything you need if you live in the neighborhood, be it food, drink, shopping and open spaces. And with some of the city’s best restaurants for takeout here, it seems like a perfect place to go to in these days of takeout dining, especially if the weather cooperates. 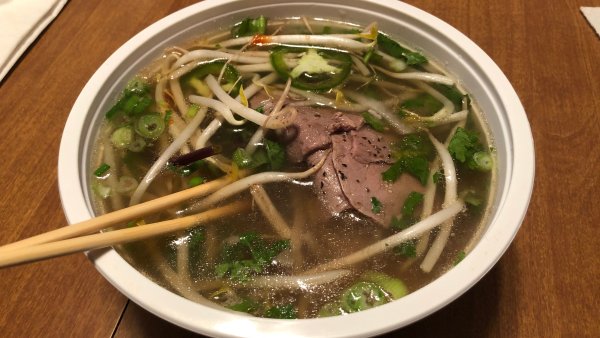 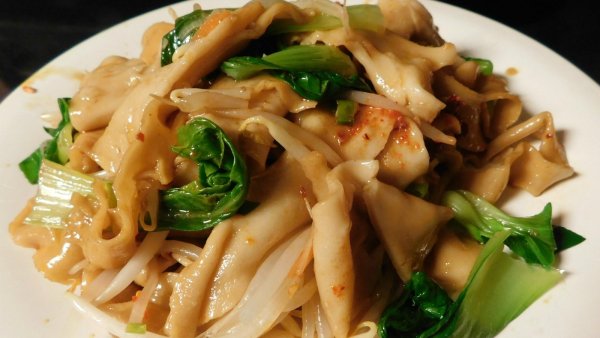