Lilly’s Café isn’t a place that you notice while driving and decide to pop in to see what it’s all about -- actually have to walk in a ways to get to it, as the cafe is right in the heart of Heritage Museums & Gardens

It’s no secret that Cape Cod is home to a number of very popular restaurants, especially as the weather gets warmer and tourists escaping from the heat flock in, but hitting the backroads of this beautiful peninsula will also lead you to some great hidden gems that feel far, far away from the bustling streets of Hyannis, Falmouth and Provincetown.

Some of the best seafood shacks in Massachusetts can be found on the Cape’s little-traveled lanes, but it also has some non-seafood places well off the beaten path, including one that is literally in the middle of the woods and surrounded by some of the most beautiful gardens in New England.

Haven’t heard of Lilly’s Café in Sandwich? You’re certainly not the only one.

Lilly’s Café isn’t a place that you notice while driving and decide to pop in to see what it’s all about. One of the interesting things about this spot is that you actually have to walk in a ways to get to it, as the cafe is right in the heart of Heritage Museums & Gardens, a sprawling nature center tucked away along the banks of Upper Shawme Pond southwest of Sandwich Center.

Because of this, relatively few people know that the cafe even exists, and to be honest, it is really just for folks who wander the grounds of Heritage to view rhododendrons late in the spring, hydrangeas in the summer and early fall, and plenty of other gorgeous plants and trees — along with an historic windmill, a spectacular flume fountain, galleries and exhibits and so much more.

Photos: This Hidden Cape Cod Café Is a Nature Lover's Dream Among Gardens and Woodlands

One of the best ways to visit Lilly’s Café is to take a walk beforehand, strolling the many trails at Heritage Museums & Gardens in the morning and working up an appetite as you head up and down low hills and take some breaks on the many park benches along the paths. Once you’ve absorbed the beauty of the place and have worked up an appetite, Lilly’s isn’t really that far away from any section of the property, so it’s just a matter of finding your way to the place, which is basically between the windmill and the entrance. 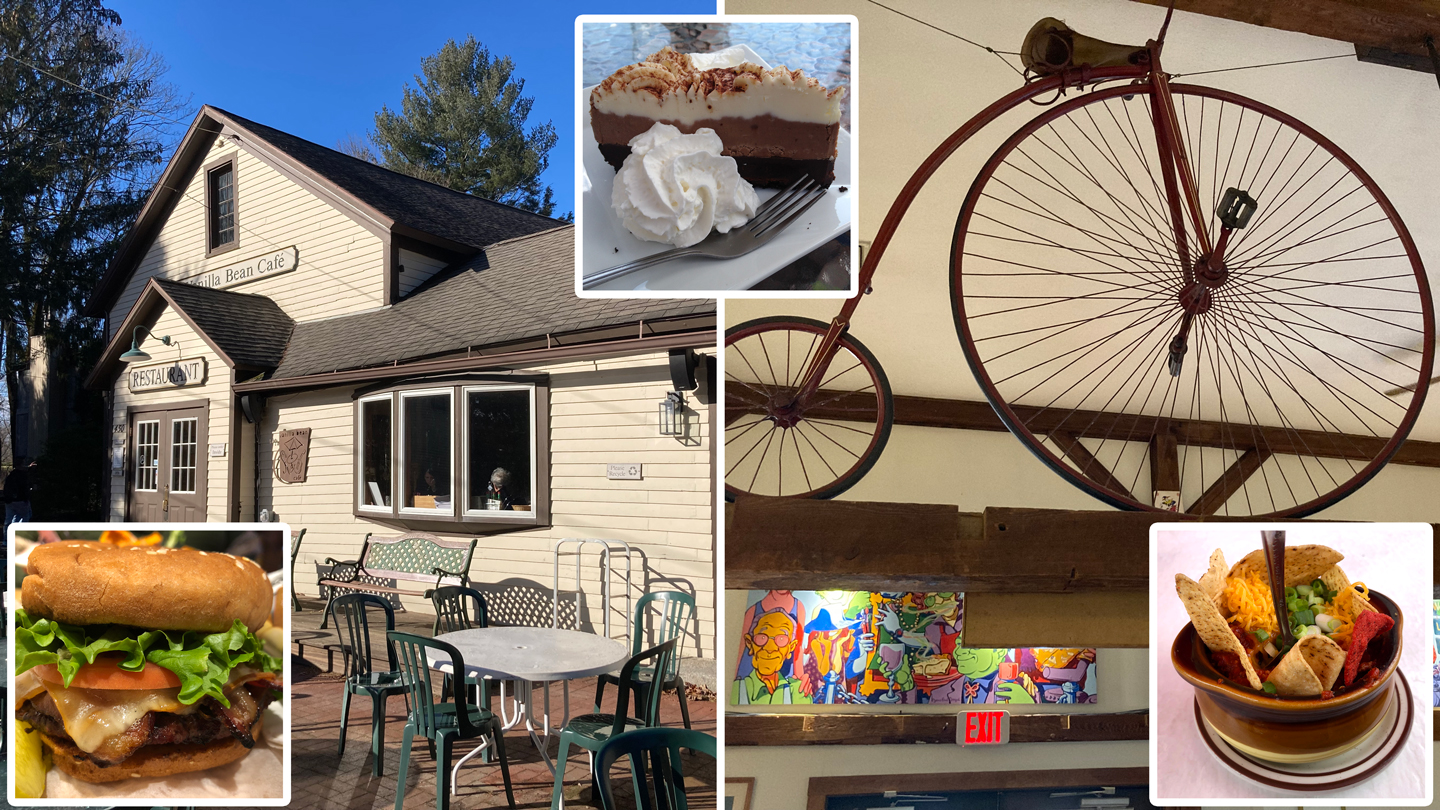 The grounds surrounding the eatery are simply beautiful and include some tables for those who want to commune with nature while dining, but plenty of seating can also be found under a tent in front of the counter area. The setup is pretty simple, with an ordering window to the right and a pickup window to the left, and the building does include restrooms (there are also facilities across from the gift shop at the entrance to the gardens).

While it looks like a basic snack bar, Lilly’s Café is affiliated with a few top dining spots in Sandwich Center (Belfry Inn & Bistro, Next Door Burger Bar and The Seal), and the quality of the food reflects it.

The menu focuses mainly on soups, salads and sandwiches. Highlights include a classic New England clam chowder that comes with oyster crackers; a grilled chicken cobb salad with bacon, veggies and balsamic dressing; a hummus board that features a smooth and slightly garlicky hummus and comes with pita chips; a turkey BLT that’s kicked up a notch thanks to a delicious ciabatta roll; tuna melt panini with cheddar cheese, tomato and onion and a tangy mustard; and a decadent brownie sundae to end the meal. The children’s menu at Lilly’s includes hot dogs, macaroni and cheese, PB+J and grilled cheese.

You might think that a café in the middle of a nature center would only offer soft drinks and the like, but Lilly’s Café actually has a pretty solid beer, wine and cocktail list.

Cape Cod and the Islands have some excellent breweries, and a few are represented here, including Cisco, Hog Island and Cape Cod, the latter of which has what may be the perfect beer for a hot day with blazing sunshine — the very easy-to-drink Cape Cod Blonde which is available here. (Beers from Allagash, Wormtown, Budweiser and Guinness are also on offer, along with the non-alcoholic O’Doul’s.)

A few reds and whites are served, if you’re looking for a glass of wine, as are rosé and prosecco (most of the wines are from California and Italy), and some classic mixed drinks can be had, including a mai tai, old fashioned, cosmo and margarita. And yes, Lilly’s has plenty of soft drinks and juices as well as bottled water.

Lilly’s Café might not have the name recognition of Arnold’s in Eastham, The Lobster Trap in Bourne, The Beachcomber in Wellfleet or The Lobster Pot in Provincetown, but that’s part of the fun of discovering a true hidden jewel in an area so popular with tourists. And Lilly’s case, it’s so far off the beaten path and in such a quiet part of Cape Cod that it (and Heritage Museums & Gardens itself) is a real oasis, especially during the peak summer months when so much of the Cape is jammed with locals and visitors alike.