Josh Duggar virtually appeared in court for a detention hearing regarding his arrest on April 29.

During the hearing, held on Wednesday, May 5 and virtually attended by E! News, Homeland Security Investigations Special Agent Gerald Faulkner claimed the former TLC reality star's computer had downloaded multiple files depicting child sex abuse on three separate days in May 2019. Faulkner said one of the files allegedly showed children, who were 18 months to 12 years old, being sexually abused.

According to Faulkner, the images were "in the top five of the worst of the worst that I've ever had to examine."

Faulkner additionally stated that a police detective from Little Rock, Ark. alerted federal authorities of the downloads, which were traced to a computer's IP address located at a car dealership where Duggar worked at the time. Faulkner said they couldn't confirm if Duggar was the one to download the content. 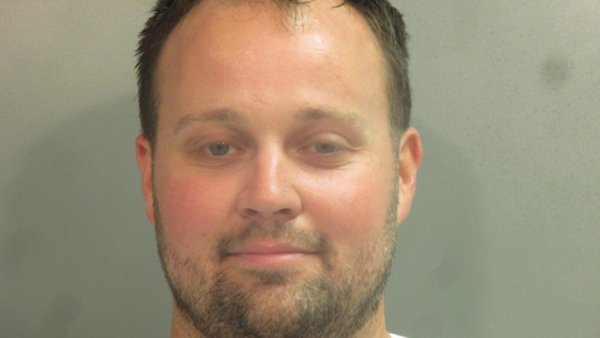 In November 2019, Homeland Security raided the establishment and seized computers.

Faulkner said Duggar was a registered member and his pregnant wife, Anna Duggar, received reports of his online activity. However, Faulkner claimed that Duggar's activity was not monitored by the program because he used a password-protected network.

At the Wednesday hearing, a judge granted Duggar bail under the condition that he stays with the Rebers, who are Duggar family friends and agreed to be his third-party custodians. Additionally, he will be monitored with a GPS anklet, he's unable to access the internet and he can visit with his children while his wife supervises, among other restrictions.

The reality television star pleaded not guilty to the charges Friday.

At the time of his arraignment, U.S. Chief Magistrate Judge Erin L. Wiedemann stated Duggar is not allowed to live with minor children if he is granted bail.

His attorneys argued against the ruling in an opposition filed Tuesday, May 4, and obtained by E! News. His attorneys requested the judge allow Duggar's release on bail under "a combination of conditions," adding, "Duggar is requesting that this court permit him to return home to his immediate family during the pendency of this case."

On Friday, April 30, Duggar's attorney said in a statement to E! News, "We intend to defend this case aggressively and thoroughly. In this country, no one can stop prosecutors from charging a crime. But when you're accused, you can fight back in the courtroom--and that is exactly what Josh intends to do."