Meghan McCain is opening up about the chain of events that she says led to her departure from "The View."

In an excerpt from her upcoming memoir "Bad Republican," published by Variety, the conservative columnist, who announced her departure from the daytime talk show in July 2021 after four years as a co-host -- alleges that she worked in a "toxic" environment that "breeds drama."

After stating that "The View" has become a "self-fulling prophecy" due to the drama between the co-hosts, she wrote, "Producers can't control hosts, manage conflict or control leaking. My take on the show is that working at 'The View' brings out the worst in people. I believe that all the women and the staff are working under conditions where the culture is so f--ked up, it feels like quicksand."

Adding that "HR reports seem to fall on deaf ears," the daughter of late senator John McCain continued, "In my four years there, I was the target of plenty of shade -- too much to even begin to recount -- and then I also experienced more toxic, direct and purposeful hostility."

McCain also said that when she first joined the roundtable talk show in 2017, she felt a connection to co-host Whoopi Goldberg, primarily because of her longstanding friendship with her father before his passing in August 2018.

"She had made a promise to my father that she would look after me, and she kept her word for the first two years that I was on the show," McCain wrote. "The thing about Whoopi, though, is that she yields so much power in culture and television, and once she turns on you, it can create unfathomable tension at the table. I found her open disdain for me more and more difficult to manage as the years went on and it became more frequent."

McCain went on to name two incidents where they disagreed on-air that instantly went viral, with the most notable one of Goldberg simply answering back to McCain with an "O.K." In a follow-up interview with Variety, McCain said that Goldberg later apologized for one of their on-camera clashes. Goldberg herself addressed their heated debate during the opening of a 2019 episode.

"Things get heated on this show," Goldberg said at the time. "If you watch the show you know this has happened over the years. We're really passionate, this is our job. We come in, we talk to each other, sometimes we're not as polite as we could be. That's just the way it is."

"But you're going to be dealing with the same thing when you're sitting around your table with your family and you don't agree or somebody says something and goes off the rails," she continued. "This is part of what we do. This is not an indication that women can't sit around and talk. This is not an indication that we don't know how to deal with each other on camera, this is happening in real time. Stuff happens on this show in real time and everybody, you know, wherever you sit in all this, don't assume that you, that we're over here with butcher knives under the table, you know? It just doesn't work that way." 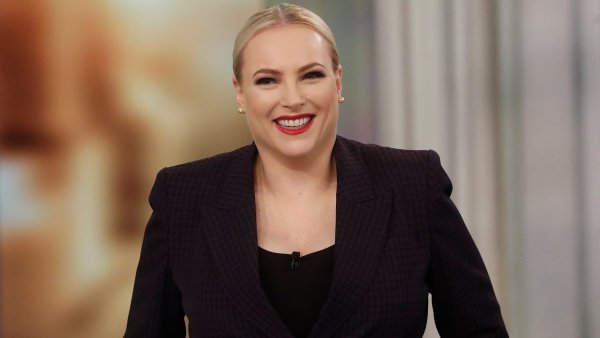 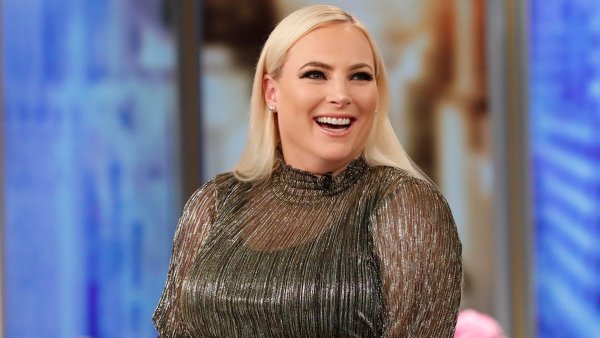 McCain, who welcomed her first daughter, Liberty with husband Ben Domenech in September 2020, later recalled in her memoir that she ultimately decided it was time to leave following an incident with co-host Joy Behar in January of this year. The correspondent also opened up about suffering postpartum anxiety following her daughter's arrival.

"On my second day back, as I was still getting my sea legs back and adjusting to my new schedule and life between breast-pumping and researching for my hot topics, Joy and I began squabbling a bit about the state of the Democratic Party on air," she wrote about returning to the show from maternity leave, adding, "To make light of things and to ease the tension, I said, 'Joy, you missed me so much when I was on maternity leave!'" to which Joy responded, "'I did not -- did not miss you. Zero.'"

"Nothing anyone has ever said to me on camera since I have been giving interviews since I was 22 years old ever hit this hard," McCain wrote of the incident. "I felt like I'd been slapped." McCain also recalled "uncontrollably sobbing" during the commercial break and said she later vomited in her office. "While I wept, I no longer felt safe working at 'The View,'" she added. "It is one of the most singular feelings of loneliness and anguish I have felt in my entire life."

Although McCain went on to announce her exit about five months later, the mom of one noted that the remark was the pivotal moment she decided to leave the show, acknowledging that while the show is a "space where women support and respectfully challenge each other," she also said that "the truth is that the environment of the show is toxic."

E! News has reached out to reps for ABC, Goldberg and Behar for comment and have not received a response.