Rebel Wilson is continuing to include her fans on her fertility journey.

The 41-year-old "Bridesmaids" actress took to Instagram on Sunday to share a photo of herself looking forlorn while standing along the beach in front of a cloudy sky. In the caption, she said she had gotten "bad news" earlier in the day and implied it was related to her struggles with fertility.

"I got some bad news today and didn't have anyone to share it with...but I guess I gotta tell someone," she wrote. "To all the women out there struggling with fertility, I feel ya.

"The universe works in mysterious ways and sometimes it all doesn't make sense...but I hope there's light about to shine through all the dark clouds."

Among those offering support in the comments was Sharon Stone, who wrote, "Been there repeatedly there is good news I have three beautiful sons."

Stars Open Up About Pregnancy Loss 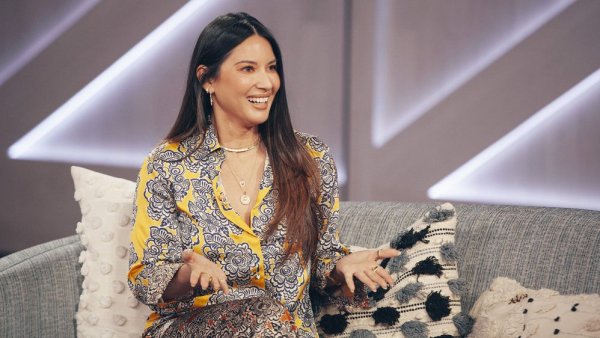 Olivia Munn Gets Candid About Breastfeeding Struggle After Welcoming Baby In addition, Wilson's "Pitch Perfect" co-star Alexis Knapp commented, "So sorry my love. Been through it [broken-heart emoji]."

Earlier in the day, Wilson had posted the same photo with the simple caption, "missing you." She deleted it and replaced it with the version that includes the longer message.

Wilson had previously shared details of her fertility journey with fans. During an Instagram Live in December 2020, she said she'd decided prior to the coronavirus pandemic that not only was she not going to work a lot in 2020, but she "was also freezing my eggs."

She went on to explain how celebrating her 40th birthday in March 2020 impacted her decisions.

"As all good career women out there should know, you know, if that's something that interests you, it's a pretty good time to do it," she said. "And getting to 40 is kind of leaving it even a little too late. It's better to do it a bit earlier if you can."

Earlier this year, Wilson let fans know she was single by posting a photo in February with the caption "#single-girl-heading-to-Super-Bowl!"

E! News confirmed at the time that she had indeed split from boyfriend Jacob Busch a little over four months after the couple had first taken their relationship public.

In November 2020, the "Pooch Perfect" host announced she had reached her "goal" weight of about 165 pounds during her self-proclaimed "Year of Health."