On Sept. 12, Jennifer Coolidge took home the Emmy for her portrayal of Tanya McQuoid on HBO's "The White Lotus"

The actress took home the trophy for Outstanding Supporting Actress In A Limited Or Anthology Series Or Movie at the 2022 Emmys for her portrayal of Tanya McQuoid on HBO's "The White Lotus," the first Emmy of Coolidge's illustrious career.

The actress began her speech by explaining to the Microsoft Theater crowd that she had already had quite the eventful day.

"I just want to say. I took a lavender bath tonight right before the show and it made me swell up inside my dress," Coolidge explained. "I'm having a hard time speaking."

But that didn't stop her from pushing forward. 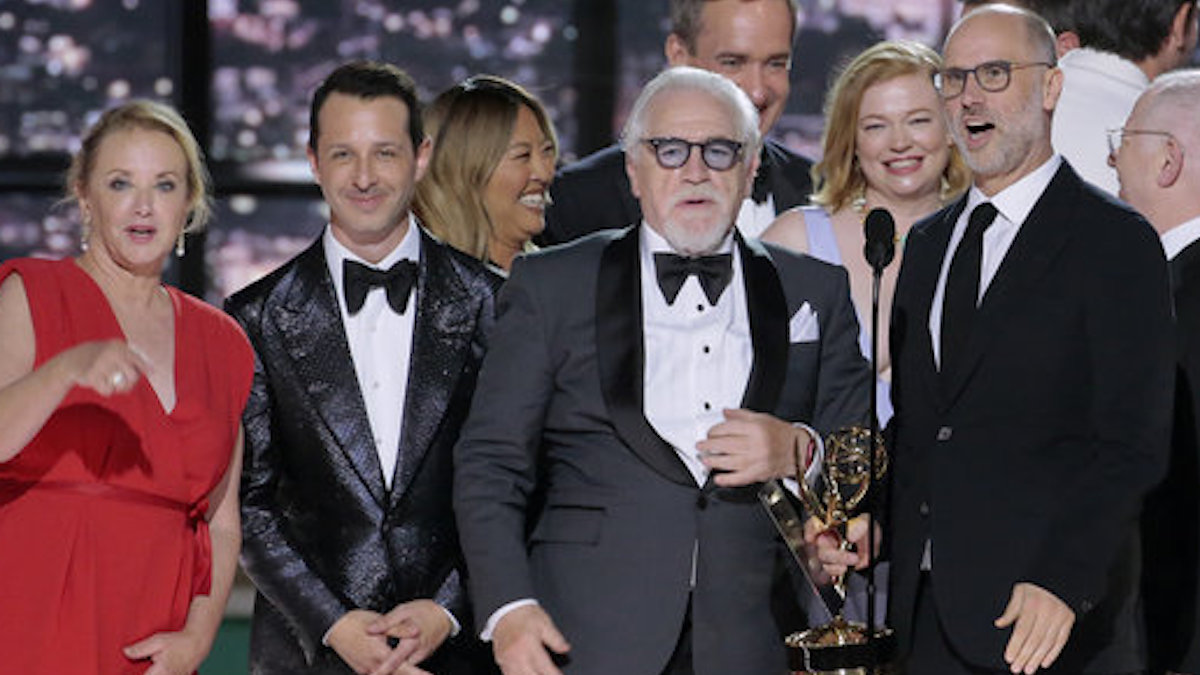 Dressed in a sparkly green and gold dress, Coolidge called the win "thrilling" before rattling off a list of names on a crinkled sheet of paper.

However, as Coolidge's speech began getting played off, she tested the censors by dropping an "oh sh-t" and then pleaded, "Wait hold on! No this is a once-in-a-lifetime thing and I'm full, I'm full!"

The music didn't stop, but that didn't prevent Coolidge from making the most of the moment. She improvised some hilarious dance moves as the music played her off the stage, getting the crowd to erupt in laughter and applause.

This might not be the last time you see Coolidge on the Emmys stage, either. She is the only major returning cast member for season two of "The White Lotus," which is expected to return to HBO in 2023.

If "The White Lotus" does return to contention for season two, it will have to switch to the Drama category instead of Limited or Anthology Series category, per Emmy guidelines.

The first season of "The White Lotus" is available to stream on HBO Max.