The leader of a major construction industry union is directing members to stop working amid the coronavirus outbreak until "it is safe to do so," according to a letter obtained by the NBC10 Boston Investigators.

Some are calling on Massachusetts Gov. Charlie Baker to suspend construction during the coronavirus outbreak.

Video the union provided to NBC10 shows workers piling out of vans at construction sites and congregating near the entrances.

Bert Durand, a spokesman for the group, said there about 13,000 members who live or work in Massachusetts. He said the initial response from members to its decision has been positive.

In an interview, Flynn said the group's decision was "gut wrenching," but necessary.

"It's our responsibility to make sure that our members go to work and return safely," he said. "We just can't guarantee that."

The development comes a day after the NBC10 Boston Investigators reported on the controversy surrounding construction projects in Massachusetts.

Gov. Charlie Baker has said some construction projects remain essential and can continue if certain safety guidelines are followed.

However, a steady stream of construction workers have contacted NBC10 and said social distancing on job sites is unrealistic. 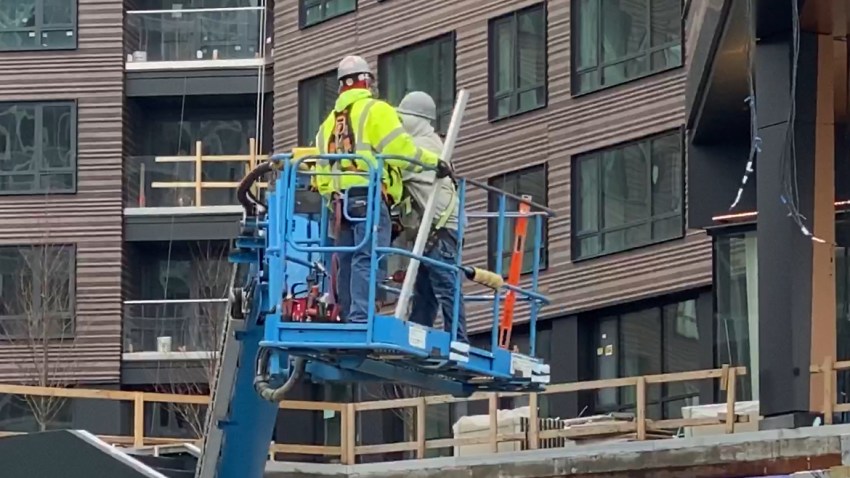 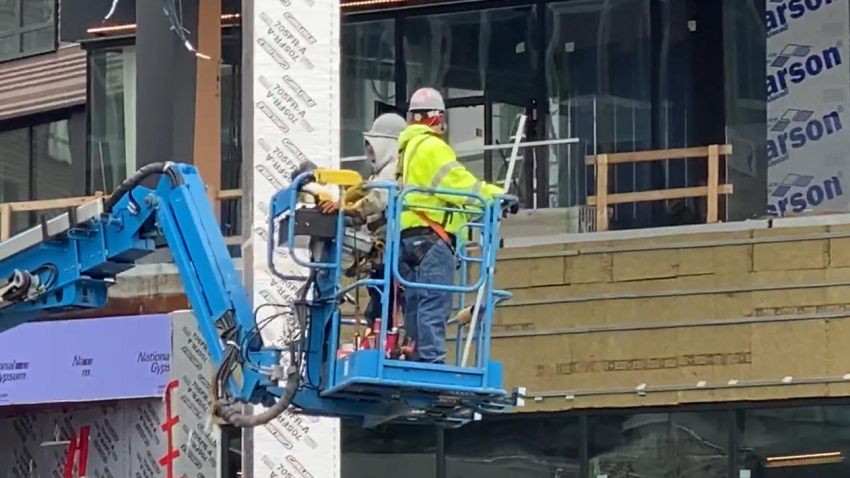 Baker Orders Boston, Other Municipalities to Allow Construction Amid Pandemic

This week, the Building Trades Council voted unanimously to call on Baker to suspend all non-emergency construction work across the state.

One worker from Worcester, who asked not to be identified because he's worried about his job, said it's all but impossible to enact the kind of social distancing measures that public health officials say are necessary to prevent the spread of a highly contagious disease on job sites.

"You're going to see more and more construction guys not take the risk of going to projects ... and not have the risk of bringing anything home to their families," he said earlier this week.

In public remarks, Baker has maintained that some construction projects are essential and should continue, including housing developments, which will help ease the longstanding housing shortage in Massachusetts.

In a statement released Friday evening, a spokeswoman for the governor wrote that Baker's administration followed federal guidance when deeming construction essential, and issued supplemental rules this week to "ensure the safety of construction sites and the health of workers."

Those guidelines, released by the Department of Transportation and the Division of Capital Asset Maintenance, state that for public works projects, contractors must designate a COVID-19 safety officer, who must submit daily reports certifying all workers complied with rules aimed at stopping the spread of the virus.

Those that cannot consistently comply with COVID-19 safety and social distancing guidelines must pause work and develop a corrective action plan or risk being shut down by a state or local inspector.

The state's guidance also allows cities and towns to require construction companies engaged in public works projects to submit a risk analysis and COVID-19 safety plan. It also allows them to mandate that private contractors hire a third-party inspector to monitor sites on behalf of the municipality.

Otherwise, towns are authorized to enforce safety guidelines using their public health staff, building inspectors or "any other appropriate official or contractor."

But at a time when personal protective equipment is running in short supply, Flynn said members of the union shouldn't be using the valuable equipment at construction sites.

He noted the state's ongoing difficulty acquiring N95 masks for front-line health care workers and emergency responders -- a shortage that was only eased this week after New England Patriots owner Robert Kraft dispatched the team's plane to China to retrieve a shipment from a private company there.

"We obviously have the best interest of our members at heart," he said. "But at the same time, we realize it's a tremendous economic impact on their ability to provide for their families."