Some youth sports leagues only offered parents a credit for a future season instead of providing refunds. More than 80 complaints have been filed with the Massachusetts Attorney General's Office

With the possibility of a fall youth sports season rapidly approaching, some parents are still trying to chase down refunds for spring activities that were canceled because of the coronavirus pandemic.

On a 90-degree summer day, Cameron Chisholm worked on his wide receiver skills in the backyard of his home in Lynnfield, Massachusetts.

The 11-year-old is hoping he will get a chance to play with teammates soon after his previous season was sidelined by COVID-19.

As his dad, Eric, threw passes to his son, he talked to us about the response he and other families received when they requested refunds from New England Flag Football. Chisholm paid $144 to register for the spring season.

"Much like a ticket to a sporting event, New England Flag Football registrations are non-refundable," read an email sent to families on April 22 and shared with NBC10 Boston. "However, a registration credit for the full dollar amount will be issued and valid for one full calendar year."

Chisholm sent a follow-up email with a formal refund request, but did not have any luck.

"I thought it was the wrong thing to do," he said. "For some people that have lost jobs or have been out of work for an extended period of time, that money could go to grocery bills, household expenses or things they need."

Chisholm filed a consumer complaint with the Massachusetts attorney general. So did families from other North Shore communities like Malden, Peabody and Woburn, according to copies of complaints reviewed by NBC10 Boston.

From soccer to basketball, complaints about other leagues have surfaced, too. The AG's office said more than 80 complaints have been filed about complaints and issues with refunds.

"I don't think the burden should be borne by these families," Attorney General Maura Healey said. "This is real money to a lot of people and you can't be charging people for something that didn't materialize."

Healey has a division in her office that oversees nonprofits and charities. If people have submitted a formal request for a refund and been denied, she encouraged them to submit a consumer complaint so her office can get involved.

"We can work to get that money back for families," Healey said. "I would hope that any organization holding onto funds hasn't already spent that money in ways that are inappropriate."

Jacob Groshek runs a flag football league in the Newton area. He explained that organizations do have expenses prior to youth sports seasons kicking off. For instance, there are line items like insurance, marketing and equipment.

Class During COVID: Tips for Safety and Sanitation 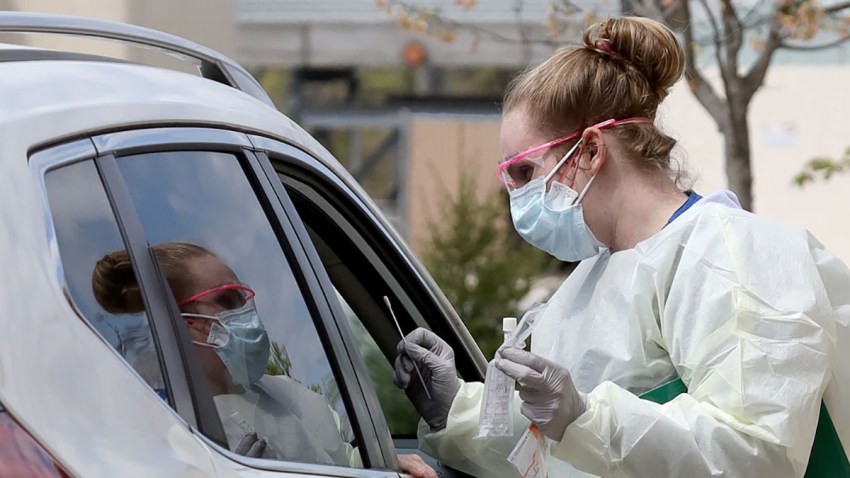 When the spring season was canceled amid the shutdown, Groshek said he worried whether his organization would survive.

"My biggest concern was that if all our parents said they needed their money back, we would not be financially viable," Groshek said.

As it turned out, only about a third of the participating families requested refunds. The remainder took a credit or donated their registration fees.

NBC10 Boston asked Groshek what he thought about youth sports leagues that refused refunds to everyone.

"My gut reaction is I think that's bad business," he responded. "And I think it's not empathetic to what the community needs are."

The NBC10 Boston Investigators reached out to New England Flag Football and connected with its president, Austin Bradshaw.

Bradshaw said providing refunds to everyone would have bankrupted the organization after 16 years of existence. The league president admitted that in hindsight, the organization should have taken a different approach, especially after the pushback it received from parents.

"We are not running away with anyone's money," Bradshaw said. "We are not a fly-by-night operation. We've been in the community for years and are committed to kids having fun and playing football."

Bradshaw told NBC10 Boston that the families who filed complaints with the AG's office are receiving full refunds.

Chisholm confirmed the money had been returned to his bank account on Wednesday. However, he said the next time Cameron puts on a jersey and takes the football field, it will be with a different league.

"It just left a bad taste in my mouth," Chisholm said.