Americans waste a lot of food. As much as 40 percent of the country's food supply gets thrown out, according to federal data.

That rotting food fills up landfills, and also releases methane, a greenhouse gas that contributes to global warming.

Keeping it out of the trash has become a priority in Massachusetts. And for some local farmers, all that discarded food has also become a valuable commodity.

At locations around the state, farmers are transforming food waste into renewable energy using a process that captures methane gas and converts it into electricity.

One example is on display at Jordan Dairy Farm in Rutland. Owner Randy Jordan says an anaerobic digester fueled by food waste and manure from his cows generates enough electricity to save tens of thousands of dollars each year.

So how does it work?

The process begins at places like the Whole Foods in Sudbury, where workers collect food that's being discarded — everything from cucumber peelings and oatmeal cookies to chunks of honeydew melon — and divert it from the trash.

The scraps from your local Massachusetts Whole Foods get collected and sent to devices called digesters on local farms, where they're converted into energy.

Instead, they grind it up and ship it out to places like the dairy farm, where it becomes fuel for digesters, big containers that function like organic power plants.

Inside, food is mixed with the other key ingredient: cow poop. At the farm in Rutland, workers scrape and scoop about 3 million gallons of manure a year. It's mixed with the food in a blender of sorts, making a giant manure smoothie.

Microorganisms in the manure munch on the food, and the methane gas that results is captured and piped into a generator to produce electricity.

To run its digester, Jordan Dairy Farm partnered with Vanguard Renewables, which develops and operates waste-to-energy projects using dairy manure. At one of the company's other sites in Spencer, a digester powers about 2,000 homes plus the farm.

"Methane is terrible for the environment but wonderful as an energy source for an engine," Vanguard Renewables CEO John Hanselman said.

Farmers also get rent money, recycled bedding from hay that's been cleaned out of the manure, and liquid fertilizer — the end product of the digestion process.

The processed fertilizer has had the stench squeezed out of it, helping Randy Jordan maintain good relationships with his neighbors.

Hosting a digester helps Jordan continue to eke out a living in an industry with small margins. But there are still challenges. Digesters in Massachusetts struggle to get enough food waste. That's despite the fact that about 20 percent of the material hauled into local landfills is food, and overflowing landfills are closing at a rapid pace.

So if we're throwing so much food away — and it's got to go somewhere — why are digesters still running short?

"It's really just behavioral change," Hanselman said. "We haven't gotten the revolution, the momentum of recycling and recycling food."

In 2014, the state put limits on how much food companies could throw away. But Hanselman says that law has lacked teeth. In the last five years, for example, the state has fined violators less than $20,000, according to data provided by the Department of Environmental Protection.

"Historically it felt like you had speed limits without any traffic police," he said. "I think we're starting to see the traffic police coming."

DEP declined a request from NBC10 for an interview about its enforcement of the food waste ban. But in an email, a spokesman pointed to some improvements over the last few years, including an increase in the amount of food taken out of the waste stream. That number rose from 100,000 tons in 2014 to 280,000 tons in 2018.

"It works," said Jordan, the farmer. "It really does. It just takes education."

More From Our Solutions Series 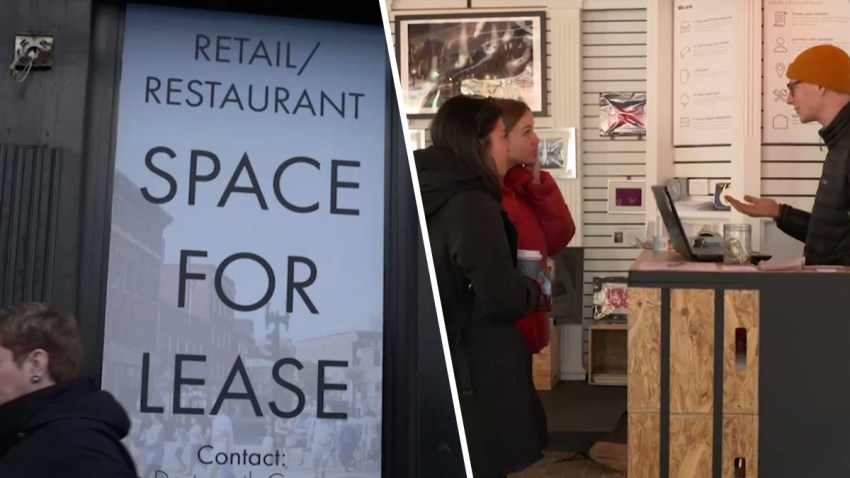 In Cambridge, Artists and Nonprofits Liven Up the Retail Landscape

Lowell Barbers Challenge Male Stereotypes, One Haircut at a Time