The 1940s-era trolleys on the Mattapan-Ashmont line were supposed to get a fresh look in 2019, but the NBC10 Investigators discovered several factors have hit the brakes on the project -- see photos and video below

The MBTA invested millions of taxpayer dollars to bring historic trolleys up to speed in one of Boston’s most transit-dependent communities.

However, the NBC10 Investigators discovered the project is years behind schedule.

Instead of refurbished 1940s era trolleys rolling along the Mattapan-Ashmont line, we learned shells of the first two stripped-down cars pulled out of service are still sitting in the agency’s warehouse in Everett.

So what caused the delay, and when will the trolleys be back on track?

Like other residents in the community, the trolley is a lifeline for Shavel’le Olivier, who has lived in Mattapan the past 17 years. The transit line is a way to get downtown for a work meeting or to make a grocery run.

The electric line zips its way through several communities along the Neponset River. It’s a picturesque trip that often evokes a sense of nostalgia for longtime riders.

“It brings back memories of when I used to ride the trolley with my mom,” Olivier said.

With parts so old, they belong to a museum, the MBTA decides to keep Mattapan trolleys running with the hefty price tag of $8 million. NBC Boston’s Natasha Verma reports.

But while the vintage design gets high marks, Olivier said some of the amenities on the inside of the trolleys could use a modern touch to make for a more comfortable ride.

It’s not a far-fetched notion. In 2019, the MBTA announced some of those interior upgrades were coming down the tracks.

“When I heard they were going to be redeveloped, I thought it was a positive thing because they’ve been around for so long,” Olivier told us.

A few stops down the line, Craig Laskowski had a similar reaction when he heard about the $7.9 million investment in his preferred mode of transportation.

Prior to the pandemic, Laskowski was a daily commuter to his downtown job and said the trolley was a big reason his family moved to Milton.

But he and other riders are still waiting at the platform for those improvements.

“It’s disappointing to see where we are right now,” Laskowski said.

Disappointment Over Delay in Transit-Dependent Community

Two years after the first two trolleys were pulled off the tracks for the project, it turns out they are still sitting inside an MBTA facility in Everett.

In April, the NBC10 Investigators obtained photos and video from a source at the T, which showed the stripped-down trolley shells nowhere near a return to service.

Mela Miles is a transit expert with Alternatives for Community & Environment. She told us riders in Mattapan feel like they are always last in line for any transportation improvements. Miles called the trolley delay yet another example.

“They gut it out and then just leave it sitting there and figure nobody is going to complain or notice they totally broke their promise,” Miles said.

The news also caught Rep. Russell E. Holmes by surprise. The state lawmaker rode the Mattapan trolley as a kid and was a vocal supporter of investing in the historic trolleys instead of turning the line into a bus route.

Holmes learned about the delay after getting a phone call from NBC10 Boston.

“My reaction is I’m angry and surprised,” he said. “I’m saddened to see they are not even repaired yet.”

The project schedule slipped out of the gates because of extensive lead paint removal that needed to occur, according to MBTA spokesman, Joe Pesaturo.

The $100,000 lead remediation work lasted from February 2019 thru August of that year. Pesaturo said the magnitude of the situation was not clear at the outset of the project.

However, Holmes questioned whether the presence of lead paint was really a surprise in the vintage trolleys.

“My problem is that we knew lead paint was on these trains when we first had the discussion in 2019, so that can’t be the real answer,” Holmes said.

In addition to lead paint, Pesaturo said the COVID-19 pandemic did its part to derail the project and limit manpower availability at the Everett facility.

“The project team has worked hard to overcome some unexpected challenges, and it shares the community’s disappointment that the overhaul of the 75-year-old trolley cars could not occur faster,” said Pesaturo, while noting the delay did not affect service because of low pandemic ridership.

Will Other Project Phases Stay on Track?

The refurbishment of the trolleys is just the first phase of a massive transformation that’s scheduled for the Mattapan-Ashmont line.

Plans will eventually bring new infrastructure and more modern trains to the area.

“If it’s taking years to rehab two trolleys, I have no idea how long it’s going to take to rehab a bridge,” said Laskowski, the regular commuter from Milton.

T officials say the project has remained on track without any major speed bumps since January. The first refurbished trolley is expected to be back on the tracks in August. The other car will carry riders in October.

After that, the T said, a renovated trolley will be rolled out about every five months. In total, eight trolleys will get the upgrades.

Olivier, the longtime rider in Mattapan, said signs of progress would go a long way in the community.

“It would open people’s minds to say, ‘Hey, I can have this, too!’ We’ve been advocating that we need these resources to better our quality of life,” she said. 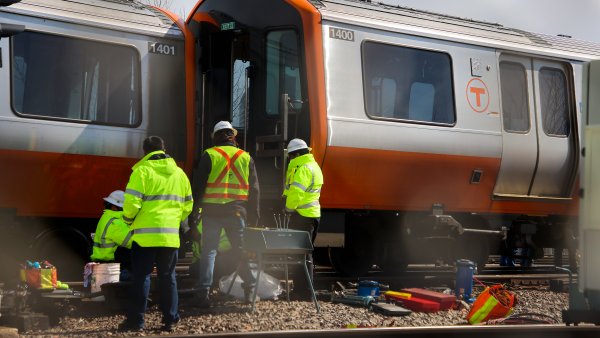 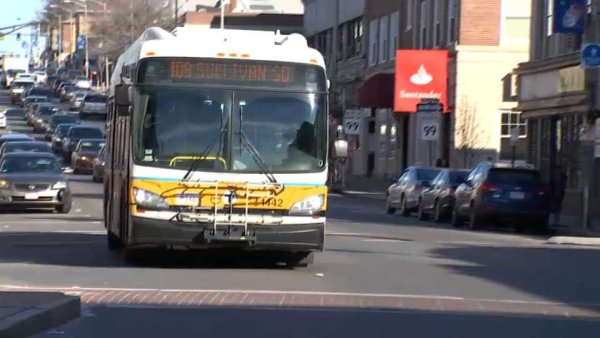