The NBC10 Investigators have been tracking the $8 million project, which was originally slated to be complete more than two years ago. The first rebuilt historic Mattapan Line trolleys now won’t roll out until sometime in 2022, the MBTA said.

By now, riders should be enjoying upgraded trolleys along the Mattapan Line.

However, the NBC10 Investigators have learned the MBTA will be missing another deadline for the $8 million that will eventually bring modern amenities to the historic 1940s-era trolleys.

“It’s definitely really frustrating because we know there are a lot of riders who depend on the Mattapan trolley,” said Jarred Johnson with the advocacy organization Transit Matters. “We need transparency and we need accountability.”

A quick look at the timeline we’ve been following:

But it turns out the goalposts are moving once again.

To make proper adjustments for accelerating and braking, MBTA spokesman Joe Pesaturo said, the T is continuing to work with the vendor of the propulsion systems.

If the car performs as expected during the subsequent testing phase, it could go into service in January 2022, Pesaturo said. A timeline is still being established for the second refurbished trolley.

“The MBTA is grateful for the patience of Mattapan Line riders, as personnel work to ensure the rebuilt cars perform in a safe and reliable manner,” Pesaturo wrote in a statement.

The MBTA invested millions of taxpayer dollars to bring historic trolleys up to speed in one of Boston’s most transit-dependent communities. However, the NBC10 Investigators discovered the project is years behind schedule.

The T previously attributed delays to an extensive lead paint-removal process and manpower issues during COVID.

Johnson, the executive director of Transit Matters, pointed out the upgrades are the just the first phase of a much larger project planned for the transit-dependent corridor. The results so far aren’t doing much to instill confidence.

“Obviously, riders are going to be disappointed anytime a deadline slips,” Johnson said. “But there needs to be more clarity about what some of those issues are.” 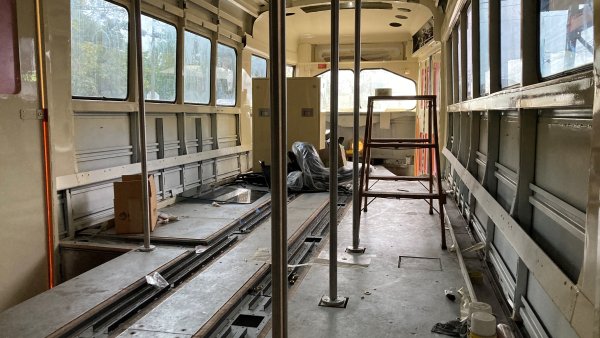 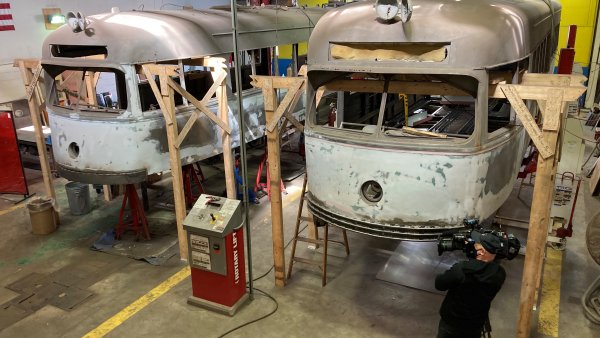 After Investigation, Lawmaker Calls for More Transparency on MBTA Projects

State lawmakers who represent communities served by the Mattapan Line also reacted to news of the latest delay.

“There needs to be meaningful progress here and it continues to be elusive,” said Rep. Bill Driscoll, who called for a meeting with T officials after our investigation earlier this year. “We’ve been told all the parts were available, the effort was redoubled to get this done, and yet here we are on Dec. 22. No refurbished cars are in service and no one can say with certainly when they will be.”

Rep. Brandy Fluker Oakley raised equity issues with the delayed project and pointed to recent service cuts to the Mattapan Line due to a shortage of drivers.

"I am frustrated and disheartened that this refurbishment process has been riddled with consistent delays and excuses,” Fluker Oakley said. “My community feels undervalued by the MBTA, and every missed deadline further erodes public trust.”