With the sweeping stroke of a pen President Joe Biden moved quickly to dismantle former President Trump's legacy on his first day in office, signing a series of executive actions that reverse course on immigration, climate change, racial equity and the handling of the coronavirus pandemic.

"With the state of the nation today there's no time to waste. We're going to get to work immediately. As we indicated earlier we're going to be signing a number of executive orders over the next several days to weeks and I'm going to start today," Biden said. "Some of the executive actions I'm going to sign today are going to help change the course of the COVID crisis, combat climate change in a way that we haven't done so far and advance racial equity and support other underserved communities. We're going to rebuild our economy as well."

Biden signed orders halting construction on Trump’s U.S.-Mexico border wall, ended the ban on travel from some Muslim-majority countries, rejoined the Paris Climate Accord and the World Health Organization and revoked the approval of the Keystone XL oil pipeline. 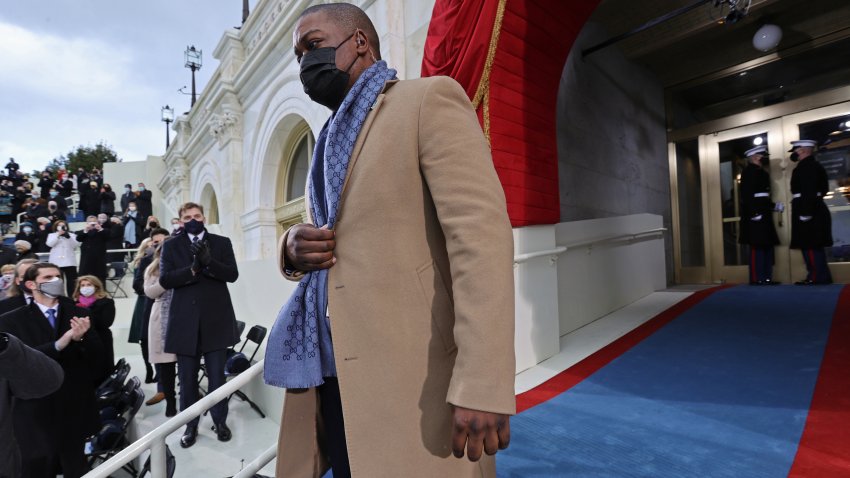 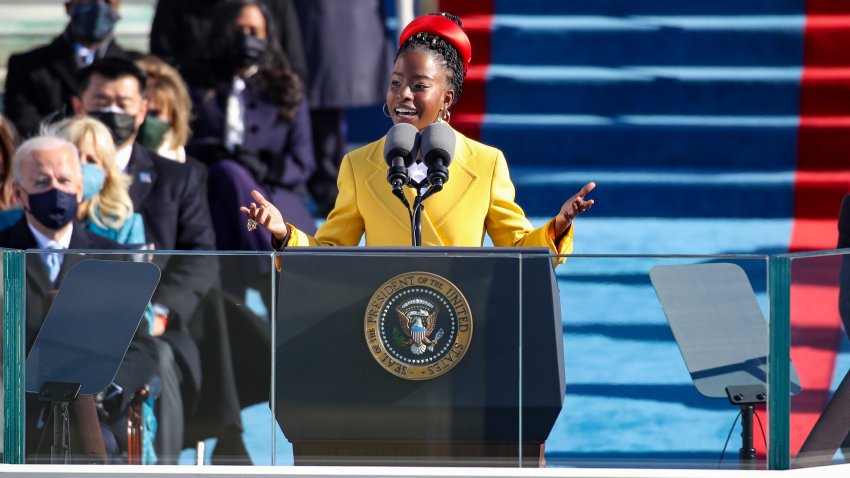 The 15 executive actions will amount to an attempt to rewind the last four years of federal policies with striking speed. Biden appears intent on demonstrating a sense of urgency and competence that he argues has been missing under his Republican predecessor.

Biden has said getting a grip on the pandemic, which has claimed more than 400,000 lives in the U.S., is his top policy priority. On the list of presidential orders he signed Wednesday was one putting in place a mask mandate on federal property. Biden's executive order will require employees and contractors to wear face coverings in all federal buildings and on federal land — a departure from Trump's White House, where masks were rarities. Biden is asking all Americans to wear masks for his first 100 days.

Many noted on social media that Biden wore a face mask as he signed the orders and addressed reporters from behind the Resolute Desk in the Oval Office.

Biden also signed an order extending the federal eviction freeze. He created a federal office to coordinate a national response to the containing the coronavirus and distributing the vaccine. Yet another executive order restored the White House’s National Security Council directorate for global health security and defense, an office Trump had closed.

Biden's orders also targeted Trump's environmental record, calling for a review of all regulations and executive actions that are deemed damaging to the environment or public health. Another order instructed federal agencies to prioritize racial equity and review policies that reinforce systemic racism. Biden revoked a Trump order that sought to exclude noncitizens from the census and ordered federal employees to take an ethics pledge that commits them to upholding the independence of the Justice Department.

Biden also took steps to halt construction on a border wall, which Trump has cited as one of his main accomplishments. He issued a proclamation terminating the national emergency declaration that Trump used to divert money to wall construction.

One of his orders will seek to fortify the Deferred Action for Childhood Arrivals, known as DACA, a signature effort during the Obama administration that provided hundreds of thousands of young undocumented immigrants protection from deportation and a pathway to citizenship. That's part of a broader immigration plan that would include provide an eight-year path to citizenship for an estimated 11 million people living in the U.S. without legal status.