Incoming Vice President Kamala Harris was accompanied by a Capitol Hill officer hailed during the riot.

As Joe Biden is sworn in to become the 46th president of the United States, here are some of the key moments from the Inauguration.

On a stage with political icons and entertainment heavyweights, 22-year-old National Youth Poet Laureate Amanda Gorman stole the show. Gorman was selected to read at the inauguration of President Joe Biden. 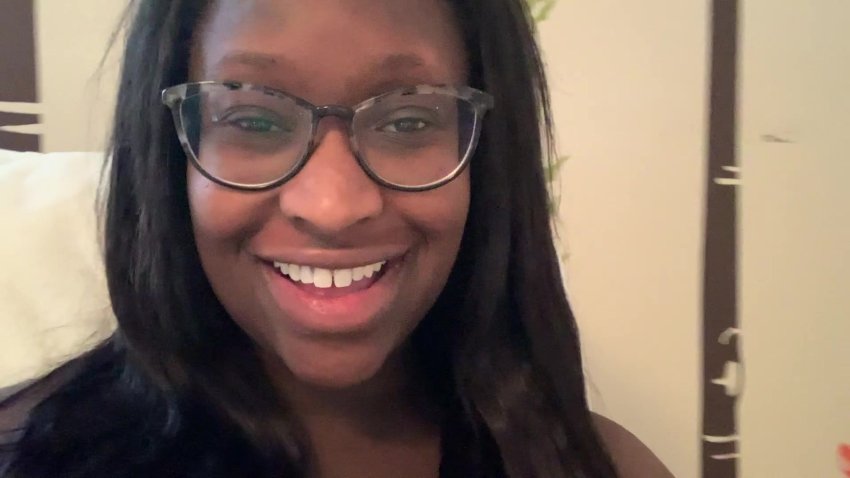 ‘I Don't Have a Manual': Being Pregnant and Running a Company During a Pandemic

"While we have our eyes on the future, history has our eyes on us," Gorman said on stage. "This is the era of just redemption."

Gorman continues a tradition for Democratic presidents that includes such celebrated poets as Robert Frost and Maya Angelou. The latter's “On the Pulse of Morning," written for the 1993 inauguration of President Bill Clinton, went on to sell more than 1 million copies when published in book form. Recent readers include poets Elizabeth Alexander and Richard Blanco.

Gorman is the youngest inaugural poet in memory, and she has made news before. In 2014, she was named the first Youth Poet Laureate of Los Angeles, and three years later she became the country's first National Youth Poet Laureate. She has appeared on MTV; written a tribute to Black athletes for Nike; and has a two-book deal with Viking Children's Books. The first work, the picture book “Change Sings," comes out later this year.

Jennifer Lopez, dressed all in white, delivering a medley of “This Land is Your Land” and “America the Beautiful.” She then delivered a phrase in Spanish, uttering part of the Pledge of Allegiance: “One nation under God, indivisible, with liberty and justice for all.” Across social media fans rejoiced in Lopez celebrating both her own heritage and that of the Latino community in the United States.

Biden Speech Marks a Day of History and Hope

President Joe Biden says “democracy has prevailed” in a country reeling amid a pandemic and a violent melee two weeks ago at the U.S. Capitol.

In his first remarks as president, Biden said Wednesday that his swearing-in marks a day of “history and hope.” Biden said in his inaugural address that the country has “learned again that democracy is precious.” He added, “The dream of justice for all will be deferred no longer.”

A Capitol police officer hailed as a hero for his actions during the Jan. 6 insurrection at the U.S. Capitol is accompanying Vice President-elect Kamala Harris at the inauguration of Harris and President-elect Joe Biden.

Officer Eugene Goodman confronted the insurrectionists and led them away from Senate chambers moments after Vice President Mike Pence was escorted from the Senate chamber as the rioters stormed the Capitol.

Biden Sworn in With Family Bible That Dates Back to 1893

Biden was sworn in using a Bible that has been in his family since 1893 and was used during his swearing-in as vice president in 2009 and 2013.

It was also used each time he was sworn-in as a U.S. senator. It is five inches thick with a Celtic cross on the cover.

The president's late son Beau also used the Bible for his own swearing-in ceremony as attorney general of Delaware and helped carry the Bible to his father's 2013 ceremony.

Georgia fire captain Andrea Hall led the nation in the Pledge of Allegiance and also used sign language to recite the pledge at the same time.

Hall is the fire captain in the city of South Fulton, not far from Atlanta. She is reportedly the first Black woman firefighter to serve as captain there.