On the First Anniversary of George Floyd's Murder, What's Changed?

Chauvin's arrest, trial and subsequent conviction were hailed as watershed moments. But now a year later following Floyd's death the question must be asked... has anything actually changed?

The name George Floyd has become so interwoven into the fabric of the American consciousness that it's almost hard to comprehend that, outside of friends or family, few knew his name this time last year. But Floyd's murder on May 25, 2020 under the knee of former Minneapolis police officer Derek Chauvin catapulted the country into a chaotic reckoning on race and police misconduct.

Across the country, countless unarmed Black men and women have died at the hands of police, but rarely had those lives been extinguished on camera in broad daylight, and then broadcast across the globe.

Chauvin's arrest, trial and subsequent conviction were hailed as watershed moments. But now a year later following Floyd's death the question must be asked... has anything actually changed?

According to Newsweek, citing data from the research group Mapping Police Violence, as of April 20, 181 Black people in the U.S. have been killed by the police since Floyd's death.

It was difficult to deal with George Floyd's sudden death in Minneapolis police custody, but his family has been inspired by all the change in the past year. Shareeduh Tate, Floyd's cousin and the president of the George Floyd Foundation, talks about the last year and her hope for the policing legislation named after her cousin.

One of the few tangible measures to emerge in the weeks following Floyd's murder was The George Floyd Justice in Policing Act of 2020. Among other measures, the Act addresses a wide range of policies and issues regarding policing practices and law enforcement accountability. 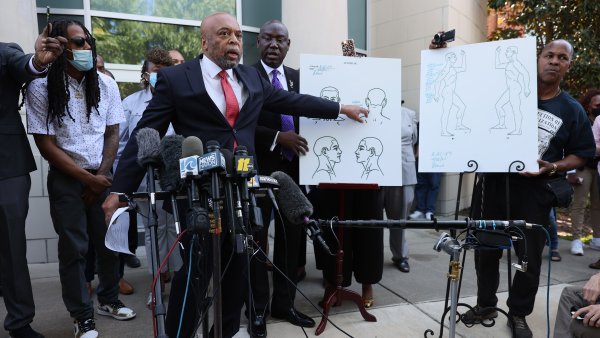 How Can Nationwide Change Come to Police Departments?

Relief, Tears and Joy: Scenes From the Moments After Derek Chauvin's Guilty Verdict

The bill enhances existing enforcement mechanisms to remedy violations by law enforcement. Among other things, it does the following:

Introduced by Rep. Karen Bass, D-Calif. the bill would create a national registry—the National Police Misconduct Registry—to compile data on complaints and records of police misconduct. It also establishes new reporting requirements, including on the use of force, officer misconduct and routine policing practices (e.g., stops and searches). It also limits the unnecessary use of force and restricts the use of no-knock warrants, chokeholds and carotid holds.

The House passed the Act back in March. But it has shown little sign of life in the Senate, where it would require at least 10 Republican votes.

But there are promising signs on other fronts. The Justice Department appears to have refocused its gaze toward reining in police misconduct.

In just over the past several weeks, it has opened investigations of police in Louisville, Kentucky, and Minneapolis. Federal prosecutors have charged four former Minneapolis police officers including Chauvin with civil rights violations in Floyd’s death, and accused three men of hate crimes in the death of Ahmaud Arbery in Georgia. In both criminal cases, authorities moved forward with federal charges before most of the defendants have gone to state trial.

“What we couldn’t get them to do in the case of Eric Garner, Michael Brown in Ferguson, and countless others, we are finally seeing them do,” the Rev. Al Sharpton said after the charges were announced in Floyd’s death.

Find NBCLX over-the-air, on cable, on Roku and Peacock, and at LX.com.  Learn where to watch in your area.