Why I Vote: First-Time Voters Speak Out Against Environmental Racism

Generation Z is known as digital natives and outspoken, both on and offline, about issues they care about, and one of those major topics of discussion is the climate crisis.

In the 2020 election, according to the Pew Research Center, Generation Z will account for 1 in 10 eligible voters, and combined with the millennial vote, will make up nearly forty percent of the electorate in the upcoming election.

When it comes to breaking down the youth vote even further, one unique group is first-time voters. According to 18by.Vote, “every two years, 7 million Americans turn 18 and become eligible to vote,” and with this information culled from Census Bureau Data, there’s a reason why so many organizations and politicians have rallied to engage this new crop of voters flexing their civic duty: the youth vote will be huge in this election.

The CDC Has Confirmed Coronavirus Can Be Airborne: Here's What This Means for You and Your Safety 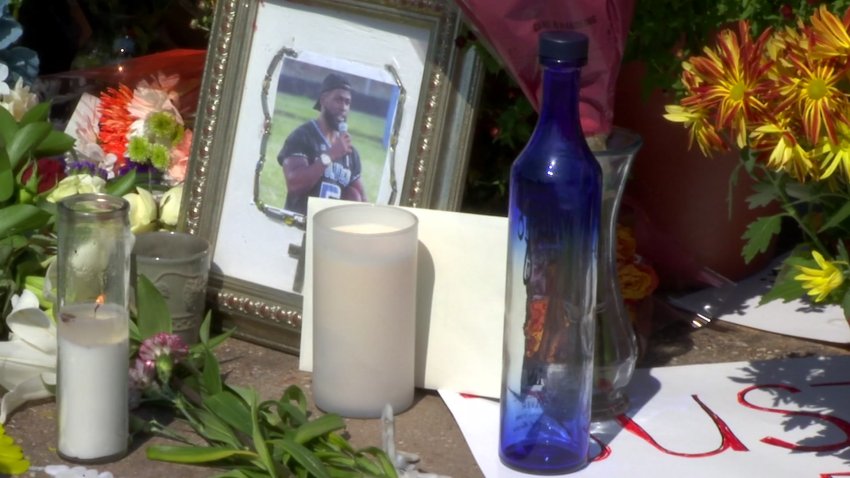 Generation Z is known as digital natives and outspoken, both on and offline, about issues they care about, and one of those major topics of discussion is the climate crisis.

NBCLX’s Ngozi Ekeledo talked to Keyra Espinoza and Jennalynn Fung, two 18-year-old activists, who are using their voices to speak out against environmental racism as first-time voters in the upcoming election.

The following interview has been edited and condensed for clarity.

You both will be first-time voters in the upcoming election. What are some of the issues, in your opinion, that are important to your generation?

JENNALYNN FUNG:  Equality, equity, possibly reparations for what the U.S. has done to a lot of different groups before, and then climate (and) environmentalism.

KEYRA ESPINOZA: When I cast my vote for this November election, what I’m casting my vote for is immediate action for the climate crisis and for climate reparations to BIPOC communities.

How I would characterize my generation, when it comes to political issues and stuff like that, is fearless and determined and powerful. We are not afraid to point something out or protest against an injustice in society.

When did your activism start?

JENNALYNN: I grew up in San Francisco, and then I lived in Arizona for high school. I came (to New York City) for college. My freshman year, which was last year, I got involved in a lot of social justice and climate activist groups, so [my activism] didn’t really kick off until I met a lot of these other activists.

KEYRA: Using my voice makes me feel powerful. I remember I attended last summer the September 20th march here in New York – it was a big thing. I painted my face with smoke and fire, and I had a poster saying, “The wrong Amazon is burning,” and a lot of people came up to me, and they were taking pictures. So that was basically the starting point of my activism and going down the path where I am now.

Right now, I am part of Polluters Out, which is an international climate coalition, and it’s just a very good opportunity to speak with other youth activists from all around the world that believe in the same things as I do.

Why is the climate crisis and this movement so important to you?

JENNALYNN: When I was in tenth grade, I read this book called “The Sixth Extinction” by Elizabeth Kolbert, and she combined storytelling and her own personal experiences with statistics that the CDC had released about the environment and where our natural resources are, so that made me really passionate. The entire book was a catalyst for me to speak up because I was like, if nobody else is having these conversations about the environment and floods and natural disasters, then I need to raise my voice because I know that it is important – and I want other people to also focus on that.

Going to high school in Arizona – which is actually one of the only states that really has any voting power right now because Trump and Biden are so close to each other in that race – I definitely was surrounded by a lot of people who had a lot of different political interests and views. As far as my friends go, I think all of us are more on the left-side, but it’s not to say that we weren’t exposed to other beliefs.

I find that climate change and global warming should not be political; it should be apolitical because it’s an issue that will affect everybody, regardless of where they stand.

KEYRA: So I’m passionate about the environmental movement, in general, because it did pave the way of me reclaiming my identity: I’m from New York City, and I have Afro-Indigenous ancestry from Ecuador.

Back home in Ecuador, Indigenous and Afro communities know a lot about the environment, and they have wisdom about nature. So it was an opening for me to reclaim my identity, (and) at the same time, also fight and advocate and uplift the voices of the unheard here and back home, as well.

What are some things that you both are looking for from the presidential candidate you vote for?

JENNALYNN: The issues that I’m paying attention to are definitely racial justice – so making sure that we hold police officers and other government officials accountable for their actions – and then obviously, climate justice and climate action because we are running out of time. The amount of fossil fuels that we've used in the past three decades has been insurmountable. I want our next president and local officials to care about the environment and prioritize our future over profits and immediate wealth.

KEYRA: As a youth voter, I guess what my generation and I are looking for in a presidential candidate is acceptance and open-mindedness. Things that [the future president] has to check are (deal with) the climate crisis – we are running out of time. Trump withdrew from the Paris Agreement, and I am hoping that we rejoin. Also, climate reparations for communities that are living in (areas) that are impacted by extractive industries and the government – so I feel like, for me, those are the top two things I’m looking for the president to do.

What are you hoping for, in the future, following the election?

JENNALYNN: I would really hope that we have more politicians that look like us and are representing the communities that we come from. So, Asian-Americans are the fastest ethnic and racial group growing in the United States, yet we’re still severely underrepresented in politics, and that has to change.

This election has been really disappointing all around. So it’s not to say, that I don’t have hope, but the bar is really, really on the ground. I just want (the presidential candidates) to try their best – or it’s not even, like, try their best, they really have to reduce the amount of fossil fuels that we’re using, which is possible. But It’s just a matter of whether the candidate is going to find that important.

KEYRA:  I think voting is a very important thing. It determines the reputation of this nation, and I think it’s a very good opportunity to make our voices heard.

I hope for the future to be, I guess saying peaceful is a bit far-fetched? But at the end of the day, I hope that I walk out of that (voting) booth with hope for this nation.