Yes, Daylight Saving Time is Exhausting You… But It May Also Be Killing You

Daylight saving time may be killing you. Yes, on its face that may sound a bit dramatic. But there's a growing number of researchers in the scientific community who say that just may be the case.

A growing body of research says that while many factors contribute to heart attacks, the high number of such attacks every March is aggravated further by one more factor: the clock. Specifically, the time shift can cause circadian disruption in humans, a condition linked to countless disorders and diseases. 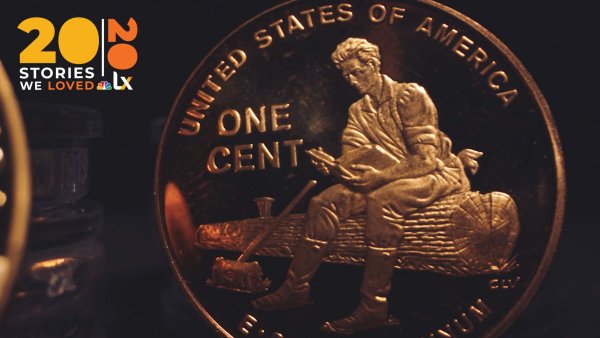 Is it Time for the Penny to Die? How the Iconic Cent Coin Lost Its Shine

“This is not hyperbolic, we literally have data on this,” says Dr. Kathryn Roecklein. “The rate of heart attacks is higher in the week or two after the time change.”

What Are Circadian Rhythms?

Roecklein’s Psychology Lab at the University of Pittsburgh researches circadian rhythms, what most of us call our internal clocks. Circadian rhythms form a timing mechanism regulated at the DNA level – in the nucleus of every cell.

This means two things: one, every cell is potentially its own clock, and two, these clocks regulate physiological functions in our bodies. Body temperature, blood pressure, glucose, cortisol, melatonin, testosterone – they’re all regulated by these clocks. And these clocks form a network that connects behind your optic nerve in a place called the SCN. When the optic nerve senses light, it communicates that to your network of cellular clocks.

“We've kind of disrupted the natural environment, because we have created all this artificial light,” says Roecklein. “What are the consequences of that to human health? And can we reverse some of the ‘unintended’ consequences of industrialization?"

Researchers have drawn a connection between heart attacks and daylight saving time for decades. Historically, the blame was placed on inconsistent sleeping patterns due to the time shift and the fact that nobody likes Mondays. Today, chronobiologists like Dr. Emily Manoogian at The Salk Institute can explain what our circadian network is doing behind the scenes, and why it can drive up heart attack rates in March.

“It's coordinating melatonin to help keep you drowsy, also keep your insulin from being secreted so you don’t eat at night, and it also helps you wake up by inducing a peak of cortisol right before you wake up – to wake you up. When that can be mistimed that's also a big problem because if you're already awake and then you get this peak in cortisol, it doesn't just change the cortisol event, it changes other aspects of your heart functioning,” she says.

She says this is one reason scientists are pushing to abolish daylight saving time. This has already happened in the European Union, where DST originated – but since 2019, 32 states have discussed legislation about daylight saving time. Most of these are efforts are to convince the federal government to end DST and allow states to set their own time, which could either be permanent standard time or permanent DST.

For Roecklein it’s about more than time.

“If you could do one thing that improved our nationwide or worldwide obesity epidemic, the rates of chronic metabolic diseases like cardiovascular disease and diabetes, that lengthened people's lifespan, that reduces the risk of depression, and substance use and ADHD, and sleep disorders like insomnia," says Roecklein.

"If you could increase GDP. If you can increase people's productivity, their sense of well-being and their sense of alertness... If you could do one thing to accomplish all of those effects it would be to just stop having daylight saving time," she adds. "Just adopt standard time permanently."