Christian travelers visit Jerusalem to retrace Jesus' final footsteps along the Via Dolorosa, Muslims to revere the Dome of the Rock, and Jewish people to insert written prayers into the cracks of the Western Wall.

Some people do all three.

Come December, travelers will have a new option available to them when visiting Jerusalem. They can go underground to experience a portion of the Old City as it existed some 2,000 years ago. 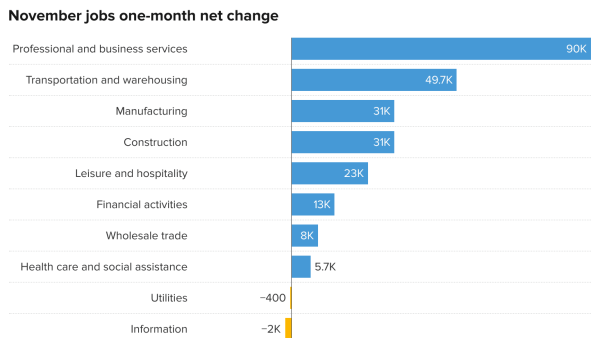 Here's Where the Jobs Are — in One Chart 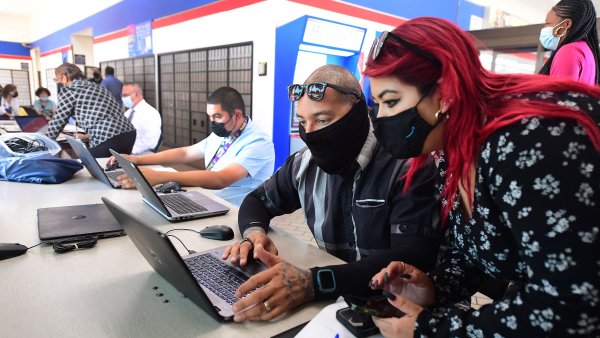 Following an excavation that lasted more than 150 years, a buried building constructed around A.D. 20 is set to open to the public this year.

The subterranean building is located steps from the Western Wall, a retaining wall on the western side of the Temple Mount, which is the holiest site in Judaism and the place where Jerusalem's First and Second Temples once stood.

The Western Wall is also one of the top sites for travelers to Israel. It attracted 12 million visitors in 2019, said Eyal Carlin, the tourism commissioner for North America for the Israel Ministry of Tourism.

The excavated area dates to the period of the Second Temple, which was originally constructed in sixth century B.C. and later greatly expanded by Herod the Great, who ruled Jerusalem from 37 to 34 B.C. The Romans destroyed the temple around A.D. 70.

The building, located about 50 feet underground, contains dual underground chambers that are separated by hallways and a "magnificent" water fountain, according to the Israel Antiquities Authority (IAA), the governmental body that oversees the country's excavation projects. Once located on a street that led to the Temple Mount, the building is now buried deep underground, covered by centuries of construction.

The new areas will become part of the popular Western Wall Tunnels tours, which are conducted all-day Sunday through Thursday, and Fridays until noon.

What travelers can see

To reach the new areas, visitors descend staircases that are like a journey through time, Carlin told CNBC.

"When you dig down, you literally go down through history," said Carlin. "Each layer represents different parts of history and different centuries."

"You go down to the Ottoman period, the Muslim period, the Crusader period … all the way down to the Herodian period," he said, referencing the reign of King Herod and his heirs, from 37 B.C. to 73 C.E.

Archeologists knew one chamber existed, but excavations uncovered a larger building with two identical rooms separated by a courtyard.

The building may have been a city council building, said Shlomit Weksler-Bdolah, excavation director at the Israel Antiquities Authority, in a press release published by the Israel Ministry of Tourism in August. She called the excavated area "one of the most magnificent public buildings from the Second Temple period that has ever been uncovered."

Historians believe the chambers were reception rooms for dignitaries, wealthy visitors and members of the high priesthood, said Carlin.

They may also have been places to eat. Archaeologists believe that the rooms once contained reclining sofas, where people would eat lying down, as was common in the Greek, Hellenistic and Roman eras, according to Weksler-Bdolah.

"It's very opulent — these were big chambers with big decorative elements of water flowing," said Carlin. "It displays the affluence of that area at the time … and the people who were greeted there."

"Those are the steps going down" into the pool, he said, which "usually would be filled with water brought from springs."

The mikvah wouldn't be open to the public, said Carlin. Members of the general public cleansed themselves in the Pool of Siloam, located about a third of a mile away. That is the same pool where Jesus was said to have restored the eyesight of a blind man, as referenced in the Gospel of John in the Christian Bible.

Past the baths, visitors can see the foundation stones of the Western Wall, said Carlin. The stones are huge, with some weighing upwards of 250 tons.

Jerusalem is, in parts at least, a city built on top of other cities. Existing buildings became basements or underground living spaces for new construction built on top, according to an article in The Times of Israel.

That's why parts of the underground buildings were found completely intact. Decorative elements "were found whole," said Carlin. "There were parts that were chipped, but the elements we see were not reconstructed."

Excavations are ongoing in Jerusalem, but many don't open for tours, said Carlin.

"There's great excitement because [this area] is accessible to the general public," he said. "It's also shedding light on what life was back then in one of the most important periods of the Jewish people."

Visitors can see the new underground areas through guided tours booked through the Western Wall Heritage Foundation, a non-profit governmental body that manages the Western Wall.

The opening, which was originally set for August, was rescheduled to coincide with the celebration of Hannukah in early December, said Carlin.

He said that's "good timing" in more ways than one.

"If everything goes according to plan this week or early next week, and our government approves the reentry of tourists to Israel … that will actually coincide when the majority of the world can … travel to Israel."