Apple's New Mac Studio and Studio Display Are Great If You Have $3,600, But Most People Should Get a Mac Mini

Apple's new Mac Studio computer goes on sale on Friday. I've been testing it for over a week, and it's a good pick for video and photo professionals for whom cost is no issue and who want a Mac desktop that will be able to handle anything thrown at it for years. But, with a starting price of $1,999 that doesn't include a screen, it's not the computer for people who just want to browse the web and watch Netflix. They're better served by the $699 Mac Mini.

The Mac Studio comes as Apple's Mac business soars thanks to Apple's powerful M1 chips. Mac sales were up 23% in 2021, to $35 billion, for example, and 36% from 2019, the year before Apple started its transition away from Intel.

I tested the Mac Studio with Apple's new 27-inch $1,599 Studio Display, which also goes on sale Friday. It's the first consumer-oriented screen from Apple since the Thunderbolt Display, which was introduced in 2011 and discontinued in 2016. And, combined, you can think of the Studio Display and the Mac Studio as a replacement for the iMac Pro, which Apple stopped selling last year.

The Mac Studio has an excellent, compact design. It's focused on practicality with plenty of ports to plug anything in. It's shaped like an aluminum brick, measuring about 8 inches per side and 4 inches tall, elegantly elevated a few millimeters off the desktop for ventilation. I tested the model with Apple's M1 Max chip, the second-fastest processor Apple makes.

Unlike Apple's laptops before last year's models, it has plenty of practical ports: two USB-C ports and a reader for SD memory cards like cameras use on the front, and four USB-C ports, two USB-A ports, and an Ethernet and HDMI port on the back. Most people will be able to connect anything to it without a dongle.

But the selling point for Mac Studio is not its design: It's the speed, and in particular, the performance of its Apple silicon chip. 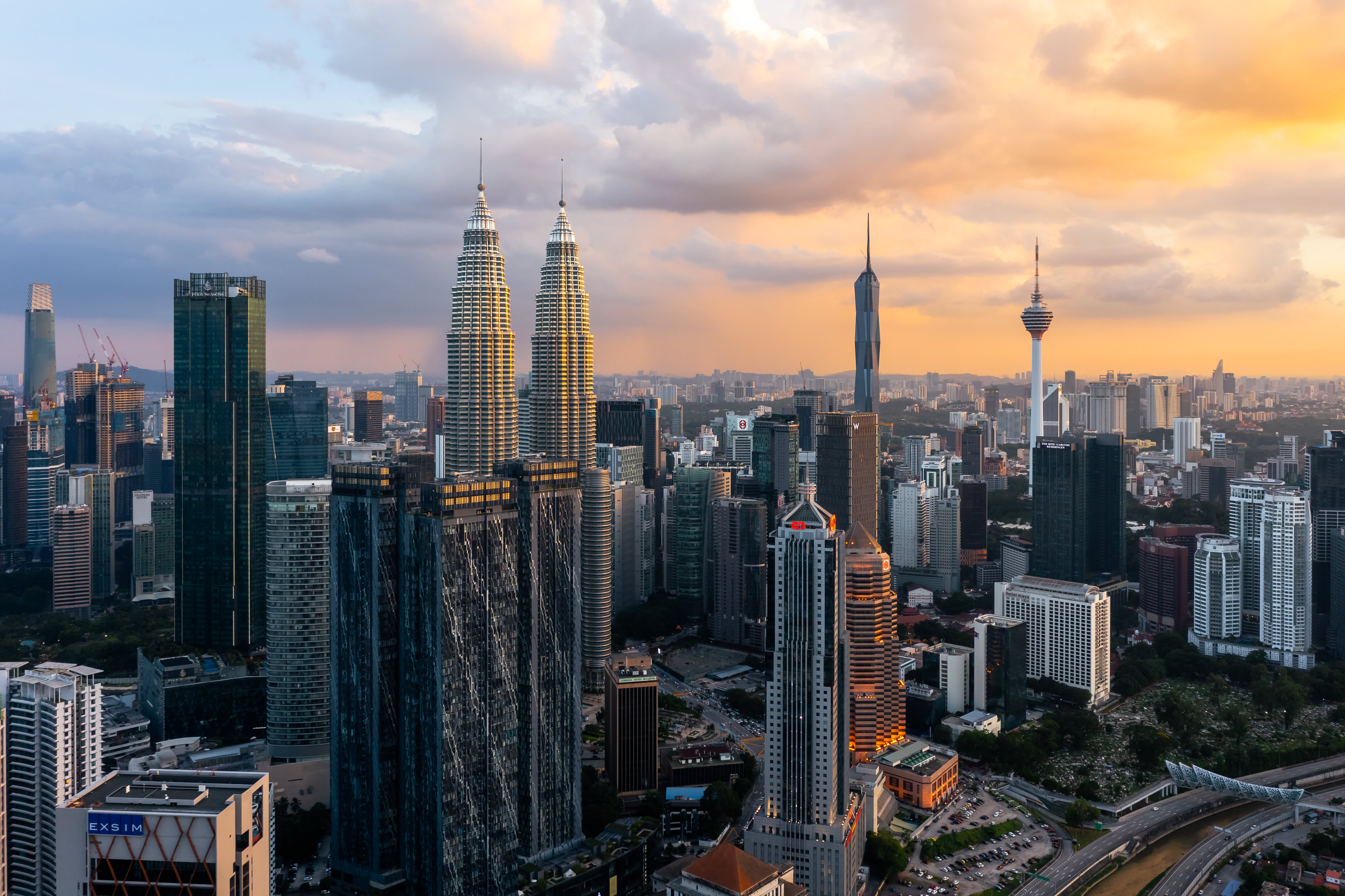 I tested a $3,199 version of the Mac Studio with 64 gigabytes of RAM and 2 terabytes of storage space powered by an M1 Max processor with a 10-core CPU and a 32-core GPU. Upgraded versions can include an even more powerful M1 Ultra chip.

I was able to load and edit high-resolution video in Final Cut Pro quickly and could instantly batch edit dozens of photos in Lightroom. It can render complicated 3D environments and images, in professional apps such as Houdini FX, which requires more performance than 2D video. Everything was speedy, and I'm confident the chip can perform this kind of work for years.

And it does all this quietly. Over half of the computer's internal volume is taken up by an internal heat sink so that the computer runs quietly without spinning its fans. I never heard the fans while testing.

I didn't need the more powerful chip for my workflows, and neither will users who primarily use their computers to send emails, browse the web and watch movies. So, unless you want the fastest computer for bragging rights or you're designing 3D movies for work, consider the regular Mac Mini for $699 instead.

Let's talk a bit about the Studio Display, which I used with the Mac Studio.

It's a good-looking screen with an aluminum exterior, squared-off angles and a thin black bezel. Its base and footprint are compact given the 27-inch size. I liked that I could easily disconnect it from the Mac Studio and connect it to my work MacBook Pro through a single USB-C cord. It's seamless. With one USB-C cord, I could charge my laptop, work on a bigger screen and access Apple's built-in cameras and speakers.

The picture quality on the Studio Display is good, but it won't blow you away. I like that text is nice and sharp thanks to the extra pixels, so people who read on their computer for hours per day might want to consider it. And while it might seem expensive, it's a lot less than the Pro Display XDR Apple also sells, which costs $4,999 before you add in the $1,000 stand. That's for video professionals who need a bigger, brighter, 32-inch screen and more accurate colors for work.

The front-facing camera on Studio Display is outstanding, thanks to the 12-megapixel sensor, which is a much higher resolution than the 720p built-in camera on my 2018 Apple MacBook. I like that the wide lens captures a lot of the scene around me and that it includes three microphones, which helped me sound clear on video calls.

It was easy to see the difference in Zoom, Microsoft Teams and Cisco Webex meetings. My image was clearer and brighter than before, with less low-light noise. I was impressed by Apple's Center Stage feature, which automatically moves the monitor's camera so I remain in the frame even as I fidget.

The six-speaker setup is also excellent, although audiophiles will still likely opt for separate studio monitors or headphones. But the built-in speakers are good enough to listen to rock or pop music and more than sufficient for watching movies. Many monitors don't have built-in speakers or webcams, so both are a nice touch.

The Mac Studio is not user-upgradable. Apple says it is "modular," which refers to the fact that the screen isn't built-in. But that means power users can't add additional RAM, graphics cards or storage space, unlike on high-end Windows desktops.

It also means any upgrades you want have to be made at the time of purchase, including $400 for additional RAM and as much as $2,400 for 8 terabytes of storage. Those are pricey additions to an already expensive computer.

There's a headphone jack on the back of the Mac Studio, but it'd be more convenient if it was right on the front alongside the USB ports.

And while there's plenty of graphics power for editing videos and photos, gamers who want the latest titles should consider a Windows gaming PC instead, since most new games that take advantage of beefy CPUs and GPUs, such as the recent hit "Elden Ring," simply aren't available for the Mac.

And, of course, you need to buy a monitor for it. And there are some downsides to the Studio Display, too.

I found myself wishing that the Studio Display had more distinguishing features. Apple says it's powered by an iPhone chip, but it doesn't have an interface or other common monitor features, such as the ability to switch between inputs without plugging and unplugging cords. You can't display inputs from multiple computers in split-screen, either, and it doesn't let you stream media or act as a wireless speaker like some other displays.

It also doesn't support high refresh rates, which makes scrolling smoother and is important for gamers. Apple has started to include the feature on its phones, laptops and tablets under the marketing name "ProMotion," so it may become a standard Apple feature during the lifetime of the Studio Display, but as it stands the monitor is less "future-proof." For most people, this won't be a deal-breaker.

The screen might be too small for some people who have gotten used to massive screens. I use a 32-inch Dell UltraSharp widescreen curved monitor at work. The Studio Display looked small when I first plugged it in, and I found myself missing the curve on my work monitor.

But there aren't many options if you need the 5K resolution. The $1,299 5K LG Ultrafine — now discontinued at Apple stores — is $300 less. It's the same size and resolution, but it's not made by Apple and the speakers and webcam are worse.

Should you buy the Mac Studio and Studio Display?

The new products are the culmination of a Mac revival that started over five years ago. In 2017, Apple said that it had formed a new internal group to address the issues that artists, creatives and computer scientists had raised with the state of Apple's high-end desktop computers, which were rarely updated and languishing at the time.

It's strategic for Apple, even if it sells four laptops for every desktop, as company officials said in 2018. Creative professionals, who have historically preferred Mac computers over Windows, need options on the high end that can support computationally intensive work such as video editing or 3D rendering. In exchange, Apple stays relevant to highly skilled talent and gets a marketing boost from impressive artists using its products.

The key to the transition was Apple's move to dump Intel chips for its own silicon. Apple has succeeded here — I do not recommend Macs with an Intel processor, such as the Mac Pro or some Mac Mini models, because they are getting dated and won't last as long.

The Mac Studio is a new slot in Apple's lineup for creative pros who are charging the computer to their company, or for people who want the fastest Mac available and don't care how much it costs. Reminder, you're spending $1,999 before you even add in the $1,599 screen. Combined, you're spending $3,598 before taxes. But you know what you're getting if you spend that much, and I think you'll like it.

More cost-sensitive buyers who don't need all the power of the Mac Studio should consider a Mac Mini if they need a desktop computer, or a MacBook Air laptop, which is more portable and can easily power a desktop experience with a compatible monitor, such as the Studio Display, which is a solid option if you want a 5K screen with good speakers and a great webcam.