His comments come as the U.K. heaped more sanctions on key Russian sectors it said were "fuelling Putin’s war machine."

Speaking to reporters as he arrived for a NATO summit in Brussels on Thursday, Johnson said "Vladimir Putin has already crossed the red line into barbarism" and said more sanctions on strategic industries, banks and business elites were necessary.

"It is very important we work together to get this thing done," he said. The harder the sanctions and the more done to help Ukraine then the the faster the conflict can be over, he told CNBC's Hadley Gamble.

Johnson arrived for a flurry of diplomatic gatherings taking place Thursday with the NATO summit to be followed by meetings of EU leaders and G-7 nations. Russia's unprovoked invasion of Ukraine is top of the agenda with world leaders looking at how they can provide more assistance for the war-ravaged nation after a month of Russian bombardment. 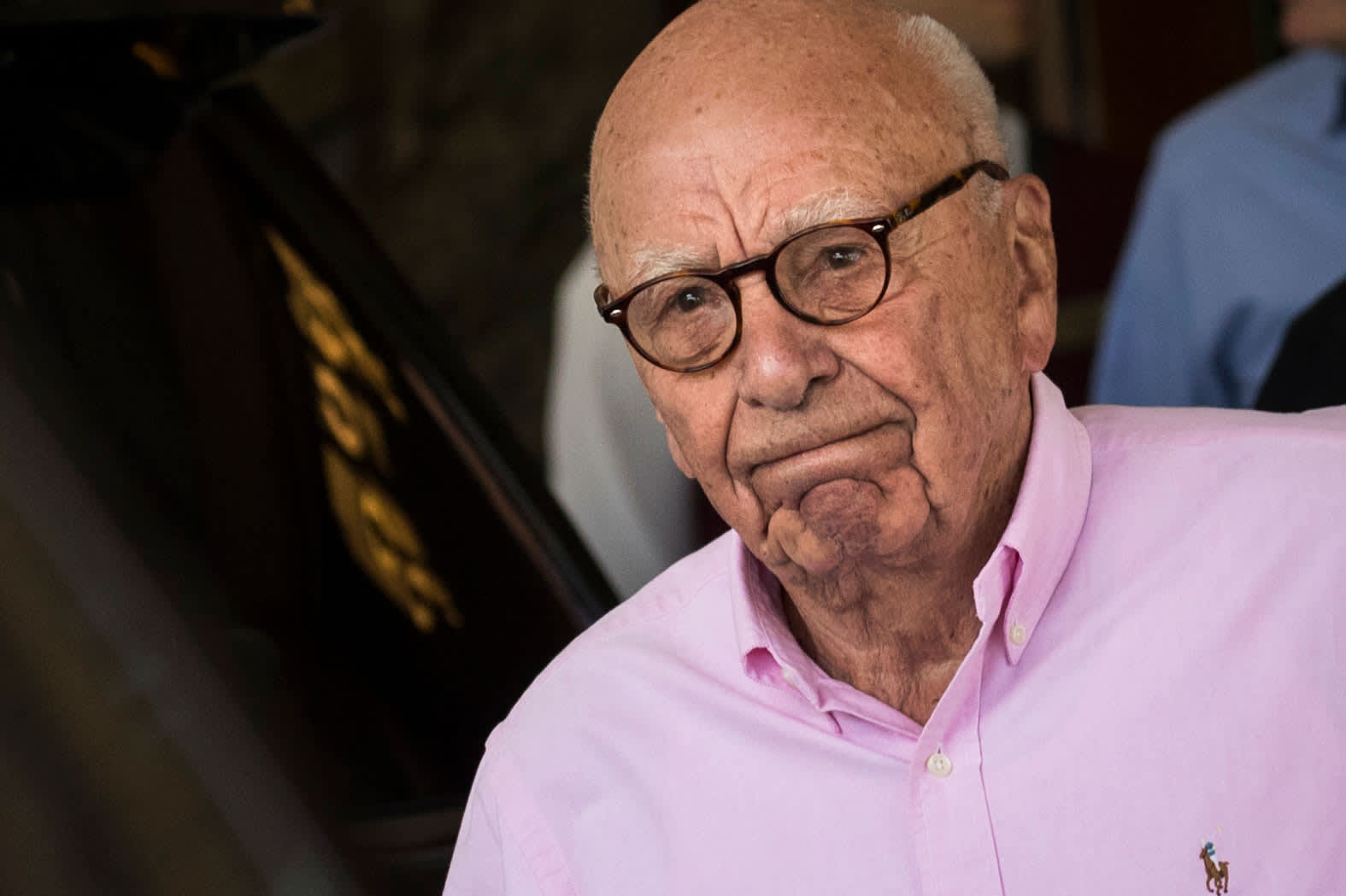 Rupert Murdoch Will Be Deposed in Dominion's $1.6 Billion Lawsuit Against Fox 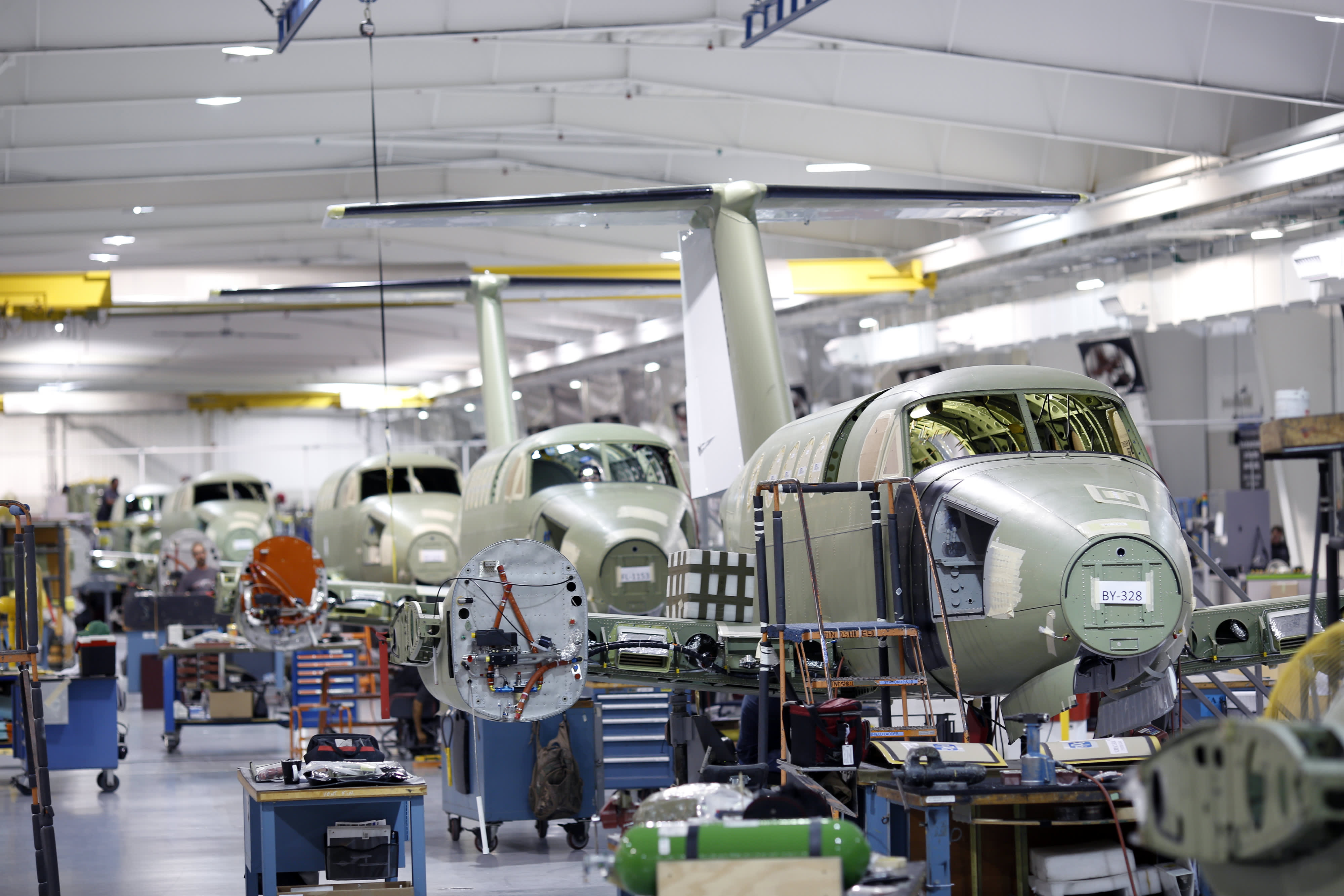 The U.K. announced 65 new Russian sanctions on Thursday morning targeting a range of key strategic industries and individuals that are supporting Russia's invasion.

The sanctions have targeted Russian Railways and defense company Kronshtadt, the main producer of Russian drones, as well as the Wagner Group — the organization of Russian mercenaries reportedly tasked with assassinating Ukrainian President Volodymyr Zelenskyy, the U.K.'s Foreign Office said in a statement Thursday.

Six more banks are being targeted too, including Alfa Bank whose co-founders include previously sanctioned oligarchs Mikhail Fridman, Petr Aven and German Khan, and the world's largest diamond producer Alrosa.

Galina Danilchenko, who was installed by Russia as the "mayor" of Ukraine's Melitopol is also sanctioned — the first time an individual has been sanctioned for collaboration with Russian forces currently in Ukraine.

The U.K. has now sanctioned over 1,000 individuals and businesses under the Russia sanctions regime since the invasion, the Foreign Office said.

Commenting on the sanctions, British Foreign Secretary Liz Truss said "these oligarchs, businesses and hired thugs are complicit in the murder of innocent civilians and it is right that they pay the price. Putin should be under no illusions — we are united with our allies and will keep tightening the screw on the Russian economy to help ensure he fails in Ukraine. There will be no let-up".

She said all those sanctioned today will have their assets in the U.K. frozen. This means no U.K. citizen or company can do business with them, and individuals subject to travel bans are also prohibited from traveling to or from the U.K.

The latest sanctions will bring the total global asset value of the banks the U.K. has sanctioned since the invasion to £500 billion ($660 billion) and the net worth of the oligarchs and family members in excess of £150 billion, she said.

Truss said the U.K. has "led the international sanctions effort, cutting off whole sectors of the Russian economy by targeting its defence companies, its trade and transport sector, and working with allies to exclude Russia from the SWIFT financial system."

The U.K. has often been accused of turning a blind eye to vast amounts of wealth held (and laundered) by Russians in London, however, with much of that wealth coming from ill-gotten gains and invested in the U.K. property market.

The government said last month that it was fast-tracking plans to tackle the flow of "dirty money."

"There is no place for dirty money in the U.K. We are going faster and harder to tear back the façade that those supporting Putin's campaign of destruction have been hiding behind for so long. Those backing Putin have been put on notice: there will be nowhere to hide your ill-gotten gains," Johnson said in February.