The speaker of the New York Assembly on Thursday authorized an impeachment investigation into allegations of misconduct by Gov. Andrew Cuomo, who has been the subject of multiple sexual harassment claims in recent weeks.

Enough Democratic Assembly members signed on to that demand to impeach Cuomo with the support of Republican lawmakers if he refuses, as he has for the past week. 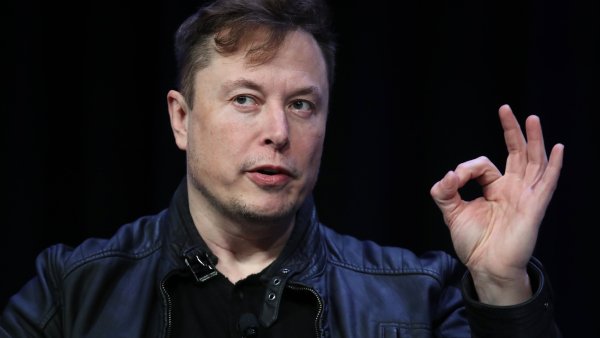 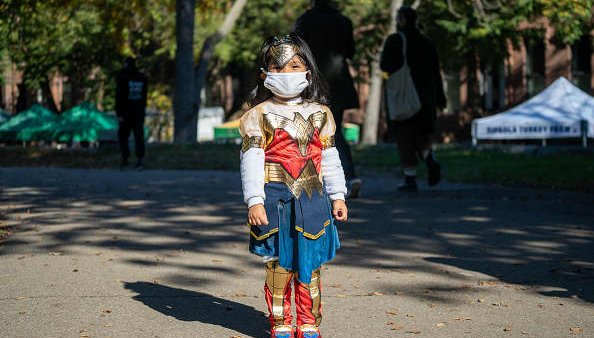 "The reports of accusations concerning the governor are serious," said Speaker Carl Heastie, who like Cuomo is a Democrat.

Heastie, who represents a Bronx district, said that the Assembly's Judiciary Committee "will have the authority to interview witnesses, subpoena documents and evaluate evidence, as is allowed by the New York State Constitution."

"I have the utmost faith that Assembly member [Charles] Lavine [the Judiciary chairman] and the members of the committee will conduct an expeditious, full and thorough investigation."

Only one New York governor has ever been impeached: William "Plain Bill" Sulzer, who was removed from office in 1913 after allegations of fraud in campaign contributions.

Heastie said that the Cuomo impeachment inquiry "will not interfere with the independent investigation being conducted by Attorney General" Letitia James.

James, in her own statement on Heastie's announcement, said, "Today's action by the New York state legislature will have no bearing on our independent investigation into these allegations against Governor Cuomo."

The developments came a day after an Albany newspaper reported that a member of the Cuomo's staff had accused him of aggressively groping her in the governor's mansion last year.

An Albany Police Department spokesman told The New York Times later Thursday that the department had received a report from a state official about that allegation, and that police since have reached out to offer their services to a representative for that woman, "as we would do with any other report or incident."

The spokesman said that referral of the incident did not mean police had opened a criminal probe.

Before Wednesday's report, three former Cuomo aides, as well as several other women, already had accused him of sexual harassment, or of making inappropriate comments and physical contact.

The attorneys appointed by James to investigation the women's allegations on Thursday set up a web site, https://www.agindependentinvestigation.com, with a voicemail, email, and text number for potential victims to contact them.

"It's deeply troubling," de Blasio, a frequent antagonist of Cuomo, said during a news conference, referring to the latest claim.

"The specific allegation that the governor called an employee of his, someone who he had power over, called them to a private place and then sexually assaulted her is absolutely unacceptable to me," said de Blasio, who is himself a Democrat.

"It is disgusting to me, and he can no longer serve as governor."

Christian Nunes, president of the National Association of Women, in a scathing statement said that Cuomo "is unfit to serve as the leader of his state for another day."

"The National Organization for Women (NOW) stands with the brave women who have shared the abuse they suffered at the hands of Andrew Cuomo, Nunes said. "They came forward despite a society that favors the accused over the accuser – particularly if they are in positions of power. "

Heastie, in a statement earlier Thursday said, "In light of allegations concerning the Governor over the last several weeks, I will be meeting with members in conference today on potential paths forward."

Heastie last week had said that he shared the "sentiment" expressed by state Senate Majority Leader Andrea Stewart-Cousins after that Democrat called on Cuomo to resign.

U.S. Senate Majority Leader Chuck Schumer, D-New York, during an interview on the ABC program "The View," said: "The allegations of these women are very, very troubling. The one last night was particularly nauseating. They all must be looked into."

But Schumer stopped short of calling on Cuomo to step down, instead saying he had confidence in James, the attorney general, to "turn over every stone" in the probe, which is being conducted by a team of private attorneys whom she appointed earlier this week.

Even as that probe begins, a federal criminal investigation already was eyeing the suppression by Cuomo aides of data on deaths linked to the coronavirus among nursing home residents.

Cuomo, who has repeatedly refused to resign in the past week, denied the new groping allegation by his aide, just as he previously has denied ever being physically inappropriate with any women.

"I have never done anything like this," Cuomo said through a spokesperson Wednesday. He called the claim "gut-wrenching."

The governor last week had said, after the first wave of allegations against him, that "I now understand that I acted in a way that made people feel uncomfortable."

"I was unintentional," said Cuomo, who said he frequently kisses people, men and women, as a way of greeting them.

In a joint letter Thursday, 59 Democratic members of the state Assembly and Senate suggested that Cuomo effectively admitted to "inappropriate behavior" with his earlier comments.

As a result of that, as well as of the "findings of altered data on nursing home COVID-19 deaths," the letter said, "he has lost the confidence of the public and the state legislature, rendering him ineffective in this time of most urgent need."

And while the letter's signers said they are "fully confident" in James' ability to investigate the claims thoroughly, "In the meantime, the Governor needs to put the people of New York first."

"We have a Lieutenant Governor [Kathy Hochul] who can step in and lead for the remainder of the term, and this is what is best for New Yorkers in this critical time."

"It is time for Governor Cuomo to resign," the letter said.

The number of signatories to that demand comprise nearly 40% of the Democratic Party's total membership in the Assembly and Senate, where it holds rock-solid majorities.

Forty of the letter signers serve in the Assembly. If all of those Democrats joined forces with the 43 Republicans in the Assembly, they would have seven more votes than the minimum 76 votes required to impeach the governor.

The Times Union in Albany on Wednesday reported that an aide to Cuomo has told a state lawyer that the governor called her to his mansion residence last year "under the apparent pretext of having her assist the governor with a minor technical issue involving his mobile phone.

"They were alone in Cuomo's private residence on the second floor of the mansion when he closed the door and allegedly reached under her blouse and began to fondle her," the newspaper reported, citing a source.

"The person, who is not authorized to comment publicly, said the woman — who is much younger than Cuomo — told the governor to stop," the Times Union reported. "Her broader allegations include that he frequently engaged in flirtatious behavior with her, and that it was not the only time that he had touched her."

Debra Katz, a lawyer representing former Cuomo aide Charlotte Bennett, said the allegations detailed by the Times Union "are eerily similar to what" Bennett has said happened to her.

"Charlotte was summoned to the Capitol on a Saturday, left isolated with the Governor and asked to help him with minor technical issues with his phone," Katz said.

"Charlotte reported this behavior and the Governor's sexual proposition to his most senior aides, including his Special Counsel, Judith Mogul. In response, those aides failed to report Charlotte's claims to the Governor's Office of Employee Relations, as they were legally required," the lawyer said.

But, Katz added, "The Governor's sexual harassment, which Charlotte Bennett reported, was buried by his aides and never properly investigated. Because of their enablement, another young woman was left in harm's way. Had the Governor's staff taken Charlotte Bennett's allegations and their legal obligations seriously, perhaps this woman would have been spared of this sexual assault."

"That the governor does not deny touching people, but insists he never did it inappropriately, shows he is committed to gaslighting victims and perpetuating these lies. This is exactly how abusers operate," the lawyer said.