A retired New York Police officer seen on surveillance video shaking a tambourine while walking around inside the U.S. Capitol on Jan. 6 with a mob of Trump supporters was arrested Tuesday morning.

Sara Carpenter, 51, is the latest in a number of former or current members of law enforcement to be charged in connection with the riot, which began with protests against the election of President Joe Biden. 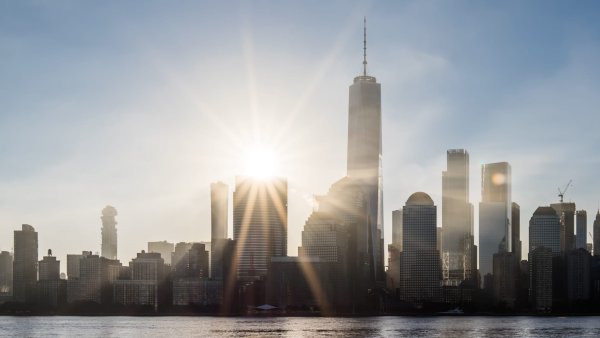 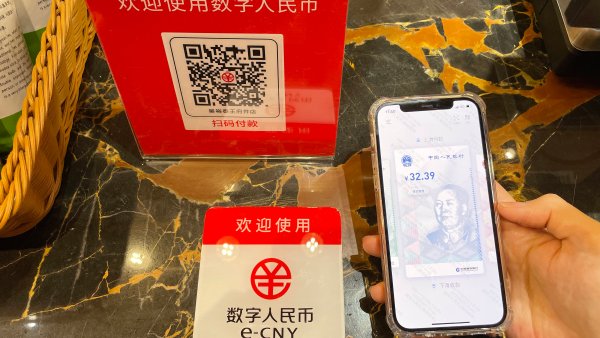 China's Digital Yuan Could Pose Challenges to the U.S. Dollar

Carpenter, who voluntarily surrendered Tuesday, told FBI agents in January that she went to the Capitol with others after hearing then-President Donald Trump instruct them to "march to the Capitol," according to a court filing.

The riot left five people dead, including Capitol Police Officer Brian Sicknick. Two other police officers who defended the Capitol that day killed themselves on the heels of the riot, which injured nearly 140 other cops.

Carpenter retired from the New York Police Department in 2004 after about 10 years of service. During the 1990s, she worked as a spokeswoman for the NYPD.

Detective Sophia Mason, a current spokeswoman for the Police Department, said in an email, "The NYPD worked closely with the FBI Joint Terrorism Task Force culminating with the arrest of Sara Carpenter."

Carpenter was ordered released by a judge on a personal recognizance bond after appearing via videoconference Tuesday in Brooklyn, New York, federal court. She faces misdemeanor charges of knowingly entering or remaining in any restricted building or grounds without lawful authority, disorderly or disruptive conduct in a restricted building or grounds, and violent entry and disorderly conduct on Capitol grounds.

"Any involvement in the Jan. 6 [riot] is serious conduct," said assistant U.S. Attorney Josh Hafetz at that hearing.

But the prosecutor said that Carpenter's cooperation with the FBI, her voluntary surrender and other factors led prosecutors in Brooklyn and Washington to agree that a non-monetary bond would be sufficient "to ensure she will return to court and protect the safety of the community."

Under the conditions of that bond, Carpenter's travel is limited New York City or Long Island, unless it is to visit Washington for court appearances and meetings with a lawyer there for the case. She had turned over her passport when she surrendered to the FBI.

Carpenter's case, along with hundreds of other criminal cases against alleged Capitol rioters, is being prosecuted in District of Columbia federal court.

The court filing says that the FBI received an anonymous tip on Jan. 7 saying that Carpenter telephoned a relative and said that she was inside the Capitol and had been tear-gassed during the invasion. The tipster gave Carpenter's home address in the borough of Queens in New York City.

Carpenter on Jan. 18 told FBI agents during an interview that she drove to Washington on Jan. 5 and the following morning "went to the rally point where Trump's Twitter page has instructed all supporters to hear about the election fraud," the filing said.

Trump, for months after the November presidential election, repeatedly and falsely claimed that he had won the election and that Biden's victory was the result of widespread ballot fraud in multiple states.

Federal and state courts have consistently rejected those allegations, as did Trump's own attorney general at the time, William Barr.

On Jan. 6, Trump, his family members and various allies held a rally outside the White House, where they again made false statements about the election and urged supporters to help them reverse the election results. Those results were due to be confirmed that day by a joint session of Congress presided over by then-Vice President Mike Pence.

According to the filing, Carpenter told FBI agents, "She heard President Trump's words on the jumbo televisions and speakers instructing people to rally back, not leave, and march to the Capitol."

"Carpenter told FBI agents that she observed police yelling for individuals to get out, then pushing and shoving the crowd. Carpenter stated she was trampled and pepper sprayed as she exited the Capitol building."

The filing also notes that during her interview, Carpenter said she had taken video of the Capitol building's interior with her mobile phone. She sent an FBI agent a text message containing that video footage on Jan. 19, the filing said.

Capitol closed-circuit television video shows Carpenter in a red hat, green coat and black boots, with a backpack, entering the Capitol Rotunda with a crowd, the filing said.

Before she exited the Rotunda, Carpenter is seen on video turning "back to the room and raises [her] hands in the air," the filing said.

"In her left hand she holds a tambourine, which she shakes several times before turning back around and exiting the Rotunda," the filing said.

A March 2 search of Carpenter's home found the items of clothing she was wearing at the Capitol that day, as well as the backpack, the filing said.

"Carpenter also voluntarily provided the tambourine she confirmed she carried inside the Capitol," the filing said.