Microsoft executives on Tuesday told analysts to expect a continuation of the weak pace of business that emerged in December, which hurt the software maker's fiscal second quarter results.

"In our commercial business we expect business trends that we saw at the end of December to continue into Q3," Amy Hood, Microsoft's chief financial officer, said on a conference call.

Growth in consumption of the company's cloud computing service Azure also slowed down, she said.

The company sells products such as Xbox consoles and Surface PCs to consumers, but most of its revenue comes from commercial clients such as companies, schools, and governments. That's where the impact will show up. A metric dubbed Microsoft Cloud — including Azure, commercial subscriptions to Microsoft 365, commercial LinkedIn services and Dynamics 365 enterprise software — now represents 51% of total sales.

Large organizations are optimizing their spending on cloud services, a key area of growth for Microsoft, CEO Satya Nadella said. That behavior also played out in the fiscal first quarter, and in October, Amazon also talked about how it had been helping cloud customers optimize their costs. 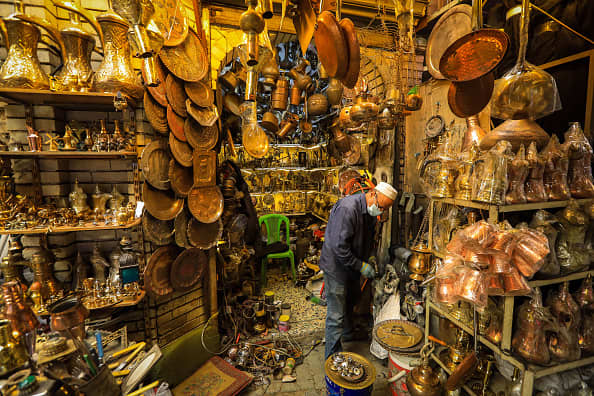 Microsoft made product changes to highlight places where customers could lower their cloud bills, Nadella said.

Hood said Azure growth would slow down more. In the full December quarter, revenue from Azure and other cloud services rose 38% in constant currency. But in December, Hood said, growth was in the mid-30% range in constant currency, and she forecast a further slowdown of 4-5 percentage points in the current quarter, which ends in March.

Correction: This story has been updated to reflect that Microsoft's growth rate for Azure and other cloud services in constant currency for the fiscal second quarter was 38%. A previous version gave the incorrect growth rate.