Russia-Ukraine Conflict Has a Limited Impact on China's Food Prices

BEIJING — China's emphasis on its own food production and security helps mitigate the impact of the Russia-Ukraine conflict on domestic food prices, analysts said.

Notably, China is the world's second-largest consumer of corn, but only 9.4% of domestic corn consumption in 2021 came from imports, according to Citi. Only 5.9% of China's wheat consumption last year was imported, the report said.

"The US-China trade disputes, the African swine fever outbreak, and the food price shock of the Covid-19 pandemic have propelled China to further improve self-reliance in food supply," Citi analysts Xiangrong Yu and Xiaowen Jin said in a report Monday.

"China has been improving its incentive system for the production of grain, pork, and others and diversifying sources for food imports," the analysts said. "As a result of the enhanced policy emphasis on food security, the direct contribution of grain price growth to headline inflation has been very small recent years."

China has boosted agriculture production at home and expanded the sources of imported food. 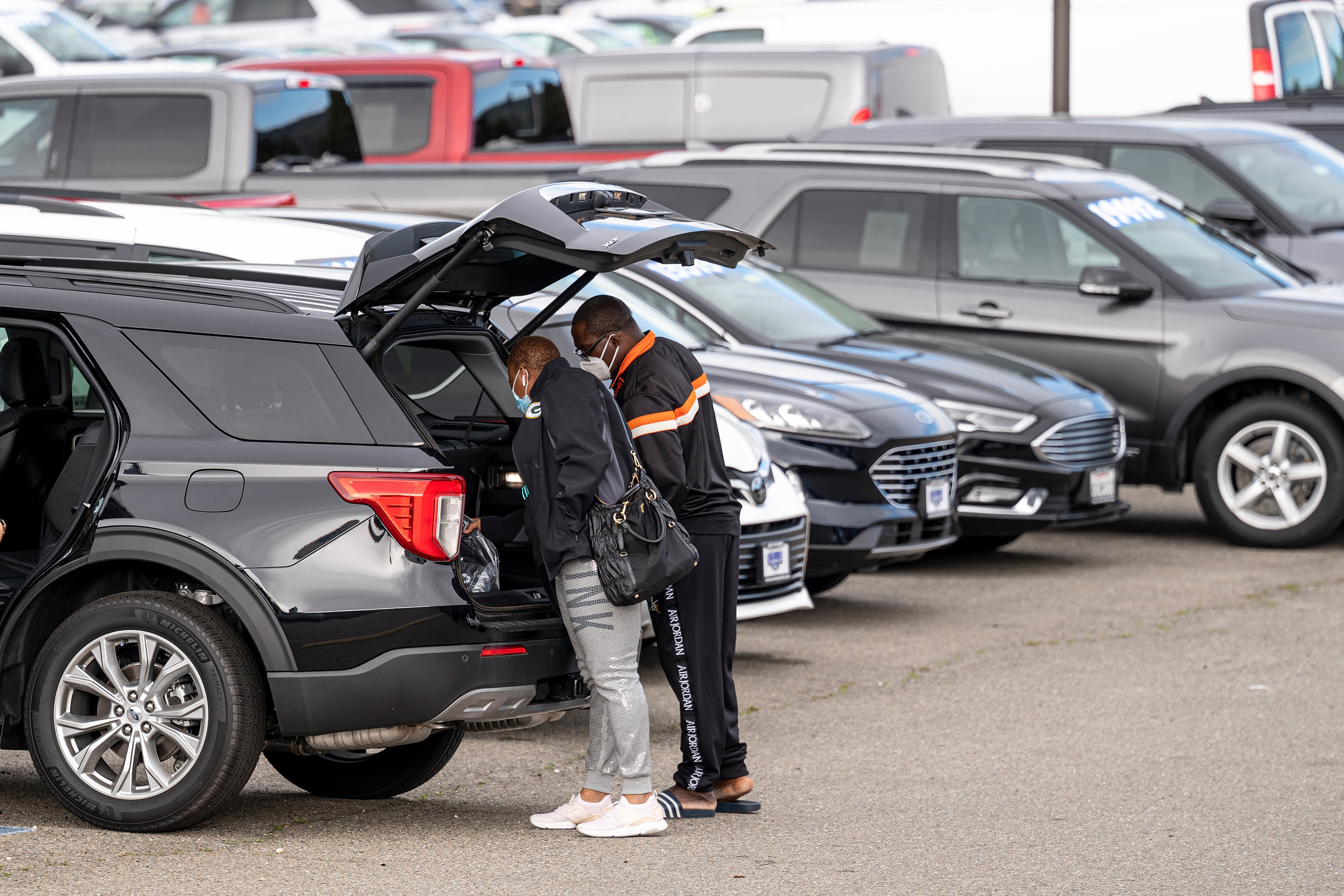 In 2021, domestic corn production grew by 4.6%, while Chinese buyers turned away from U.S. corn to become Ukraine's largest buyer of corn — accounting for a third of Chinese corn imports, according to U.S. government reports.

Ukraine has been an important part of China's efforts to improve national food security by diversifying its suppliers of grain, said Stephen Olson, senior research fellow at Hinrich Foundation, a nonprofit focused on trade issues.

"Any disruptions in shipments from Ukraine to China would undoubtedly create inflationary pressures," he said.

Worries about inflation, including for food, have increased since the pandemic started in early 2020.

"Food-price inflation could stay higher for longer due to high energy prices or due to the disruption of shipments of wheat, corn or seed oils," Steven Cochrane, chief APAC economist with Moody's Analytics, said in a note Tuesday. "Ukraine is primarily an exporter of agricultural commodities—mostly wheat—as well as basic manufactured commodities such as iron, steel and aluminum."

China's heavy reliance on domestically produced wheat and corn does not mean the country is immune to price increases. Prices of imported wheat and corn have surged, according to Chinese media reports.

Globally, corn and wheat futures have surged to highs not seen in at least nine years — near record levels — as traders worry whether a prolonged Russia-Ukraine conflict will cut into the global grain supply.

"The gains [for wheat futures] on the two US exchanges might have been larger had they not been stopped by daily trading limits," Tobin Gorey, agri commodities strategist at Commonwealth Bank of Australia, said in a note Wednesday.

He expects supply problems for wheat to persist, while in the corn market, "there are worries about whether Ukraine corn planting will be delayed or prevented." That season typically begins in April, Gorey said in a previous note.

Ahead of Russia's invasion of Ukraine, China's National Food and Strategic Reserves Bureau said in a statement on Feb. 22 it decided to release some edible oils from the central reserves based on the current domestic and overseas market situation.

China's customs agency decided the next day to approve imports of wheat from Russia, according to a release Thursday.

The supply of grains, oils and oilseeds will likely remain tight before there is a conclusion to Russian-Ukraine negotiations, said Bian Shuyang, agricultural products analyst, Nanhua Futures.

In addition to geopolitics, Bian noted that problems such as a drought in Argentina had already raised concerns about crop supply.

China imports most of its soybeans

Soybeans are the only major crop for which China relies heavily on imports — 84% of domestic consumption in 2021, mostly from the U.S. and Brazil, according to Citi.

Soybean prices have climbed as traders worry that a shortage of sunflower oil from Ukraine might boost demand for other vegetable oils, said Jim Sutter, chief executive officer of the U.S. Soybean Export Council.

China is the largest importer of soybeans globally, and has recently increased off-season purchases from the U.S. due to concerns about the South American supply, Sutter said, noting that's "separate and apart" from the situation in Ukraine.

During a press conference Tuesday, China's Minister of Commerce Wang Wentao and other officials at the ministry did not take any questions on trade with Russia, Ukraine or the U.S.

Instead, the ministry emphasized plans to cooperate more on trade with the European Union and Southeast Asia, as well as with "Belt and Road" countries.

Both Ukraine and Russia are part of the "Belt and Road" regional infrastructure development plan, which is widely seen as Beijing's effort to increase its global influence.