The Vermont independent will head to Indiana and Iowa later this month to pitch the $3.5 trillion spending plan Democrats hope to push through Congress this year. As chairman of the Budget Committee, Sanders plays a pivotal role in crafting the proposal, which Democrats aim to pass without Republican votes through budget reconciliation.

The self-described democratic socialist will campaign for the measure in Hoosier and Hawkeye state congressional districts where former President Donald Trump garnered more votes in the 2020 election than in 2016. Sanders in a statement said he hopes to highlight public support for the policies included in the plan — even in areas represented by Republicans. 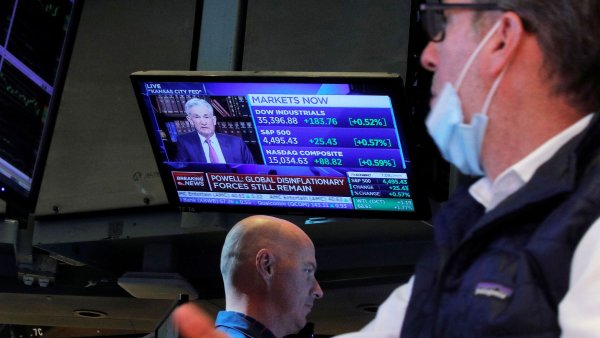 "Within the next several months Congress will be voting on the most consequential piece of legislation for working people, the elderly, the children, the sick and the poor since Franklin Delano Roosevelt and the New Deal of the 1930s," the senator said.

"While it will have no Republican support in Washington, Democrats, Independents and working class Republicans all over the country support our plan to finally invest in the long-neglected needs of working families. I very much look forward to hearing from some of them," he continued.

Sanders' trip to the Midwest comes as Democrats struggle to coalesce behind a strategy to pass two plans that they hope will refresh U.S. infrastructure, boost the social safety net and curb climate change. A bipartisan bill passed by the Senate would put $550 billion in new spending into transportation, broadband and utilities, while the plan written by Democrats would invest up to $3.5 trillion in child care, paid leave, education, climate policy and an expansion of Medicare.

The senator's events in Indiana and Iowa come ahead of the 2022 midterm elections. Democrats hope to pass their economic plans before next year and tout them on the campaign trail as they try to hold narrow majorities in both chambers of Congress.

To earn support from progressives who see the bipartisan infrastructure legislation as inadequate, House Speaker Nancy Pelosi has said she will not take up either bill until the Senate passes both of them. A group of centrists has pushed her to hold a stand-alone vote on the bipartisan plan when the House briefly returns from its August recess next week.

Pelosi, a California Democrat, plans to follow the Senate in approving a budget resolution. Once both chambers approve the measure, it starts the process through which Democrats can pass a bill without a GOP vote.

Democrats would then write their $3.5 trillion legislation in the coming weeks. The party could have to make tweaks to win over centrists in the Senate, where one Democratic defection would sink the plan.

Congressional Republicans have lined up against the proposal. They have criticized its $3.5 trillion price tag and the tax hikes on wealthy individuals and businesses Democrats plan to use to offset the spending.

While the GOP has opposed the plan in Washington, polls suggest broader support for it in the general public. Americans back the $3.5 trillion proposal by a 62% to 32% margin, a Quinnipiac poll taken in late July and early August found.

Among Republican respondents, 27% backed the plan, while 67% opposed it. Independents said they supported the measure by a 62% to 32% margin.

Indiana has two Republican senators, Todd Young and Mike Braun. Both lawmakers voted against the bipartisan infrastructure bill and will likely join their party in opposing Democrats' budget plan.

Iowa also has two Republican senators in Chuck Grassley and Joni Ernst. Grassley voted for the infrastructure plan while Ernst opposed it. Both lawmakers are expected to vote against the Democrats' proposal.

Every House member will have to run to keep their seats in 2022. Young and Grassley will both face reelection, and Republicans are favored in both Senate races.