Why the Tokyo Olympics Spectator Ban Caused Stocks to Fall: CNBC After Hours

CNBC.com's Pippa Stevens brings you the day's top business news headlines. On today's show, CNBC.com's Lauren Feiner breaks down the latest attempts to rein in Big Tech and what it means for stocks. Plus, officials ban spectators at the Tokyo Olympics, leading to renewed fears of Covid's resurgence.

State attorneys general are again going after Google with an antitrust lawsuit, this time alleging the company abused its power over app developers through its Play Store on Android.

The case marks the fourth antitrust lawsuit lodged against the company by U.S. government enforcers in the past year.

By focusing on the Play Store, the latest lawsuit touches on an aspect of Google's business that is most similar to Apple's. The Apple App Store has become embattled in legal challenges and drawn lawmaker questions over whether it unfairly charges developers for payments through their apps by customers and whether it favors its own apps over those of its rivals.

Attorneys general from 36 states and the District of Columbia, coming from both parties, are listed as plaintiffs in the latest case, which was filed in the Northern District of California on Wednesday. The states include California, Colorado, Iowa, Nebraska, New York and North Carolina.

Olympics will ban spectators after Japan declares state of emergency

Olympics organizers are banning all spectators from the games this year after Japan declared a state of emergency that's meant to curb a wave of new Covid-19 infections. 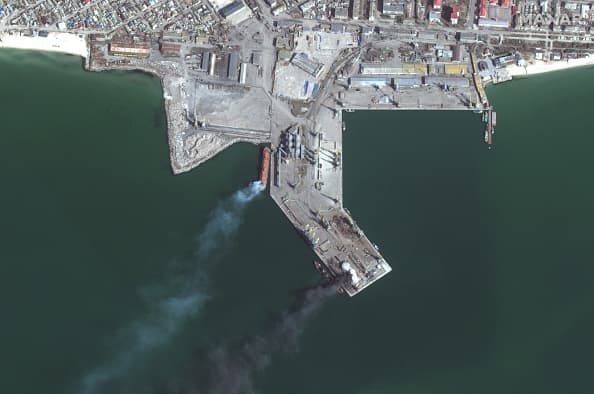 It's the latest setback for the Summer Olympics that have already been delayed for a year and racked up high costs for postponement. The state of emergency will begin Monday and run through Aug. 22, while the games are scheduled from July 23 to Aug. 8.

Organizers had already banned international spectators from attending and set a cap on domestic crowds at 50% of capacity, or up to 10,000 people.

The price of bitcoin dropped Thursday as investors began shedding risk amid an equity markets decline. Fears of a slowing global economic comeback caused by the potential spread of the Covid-19 delta variant appeared to be behind investors move into safer assets like Treasurys.

Bitcoin fell below $32,500 around 4:00 a.m. EST Thursday but has been climbing slowly since then. It's currently trading at $33,000, down 4% on the day according to Coin Metrics. Most other cryptocurrency assets are falling with it, including ether, which is trading 8.7% lower at $2,150.

That backslide came around the time of reports Japan has declared a state of emergency in Tokyo for the upcoming Olympics based on a potential rebound in Covid-19 cases. Stock futures fell on the news, and companies that would benefit from an economic rebound declined in early trading. The 10-year Treasury yield also dropped to 1.25%.