This brings the overall death toll to 8,201, with 106,664 total cases, according to the Massachusetts Department of Public Health.

Another 182 probable cases were included in the state's daily COVID-19 listing Saturday, meaning a total of 6,574 probable cases have yet to be confirmed. There were no new deaths among the probably cases reported.

The Mass. Department of Public Health changed how it reports coronavirus deaths last week, bringing them closer in line with other states. Confirmed and probable cases are now separate figures, where for months prior they had been combined. The move also sought to improve the ease of reading the report and allowing organizations to aggregate data, the department said.

Massachusetts has seen substantial gains in its handling of the coronavirus outbreak since mid-April, the current apex of the virus' surge in the Commonwealth. The three-day average of confirmed deaths from COVID-19 remained steady at 14% today, a 91% drop from April 15.

The three-day average number of hospitalized COVID-19 patients fell for the ninth straight day to 524 — an 85% decline since mid-April. The number of new patients admitted to the hospital in Massachusetts for confirmed or suspected cases of COVID-19 has remained relatively steady for the past few weeks, with 277 total on Saturday.

In a press conference Friday, Gov. Charlie Baker emphasized that the state is continuing to move forward cautiously through reopening stages. "We worked to develop very particular protocols across every industry that's been allowed to move forward since we got started and we're going to continue to watch the public health metrics, pay attention to the data and only move forward if we continue to see positive developments on the stuff that's out there." Transportation Workers for ‘The Ride' on Strike 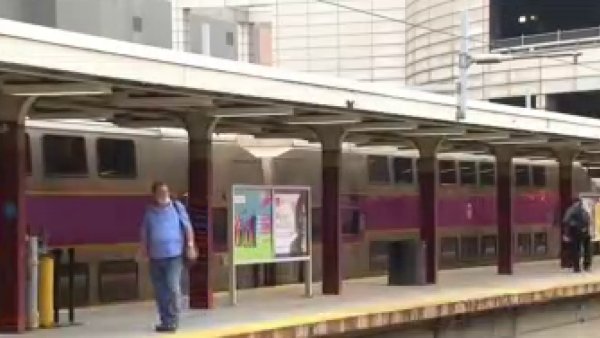 MBTA Responds to Report That COVID Plan May Worsen Traffic