The total number of coronavirus-related deaths in Vermont is now five, the health department said

COVID-19-related deaths in Vermont have climbed to five, the state's health department announced Monday—four of them in the same Burlington nursing home.

The state's largest-known outbreak of COVID-19 is inside the Burlington Health & Rehab Center on Pearl Street.

The Vermont Department of Health reported four deaths of nursing home residents who tested positive for the respiratory disease caused by the new coronavirus; one last week, and three more deaths over the weekend.

The other Vermont death, outside of the Burlington facility, was of Robert Kirkbride of Ludlow, who was also elderly.

A relative of Kirkbride said last week in an interview with NECN and NBC10 Boston that he hopes everyone will stay home as much as possible, to keep the virus from spreading to other vulnerable people.

"We send our condolences to all of the families involved," said Dr. Mark Levine, the commissioner of the Vermont Department of Health.

Levine said Monday there were 75 known cases of COVID-19 across Vermont.

Inside Burlington Health & Rehab, there were 14 known cases in residents as of Monday, and one in a staffer, Levine said. He added that not all people inside the center had been tested—only those deemed appropriate to test based on symptoms and possible exposure.

Employees of the nursing home are now having their temperatures checked before their shifts, Levine said, and the state has been working with the center to try to stabilize the situation.

"We found no fault in their infection control practices and procedures," Levine told reporters, describing the nursing home. "We've advised them on [the controls]; we've observed them." 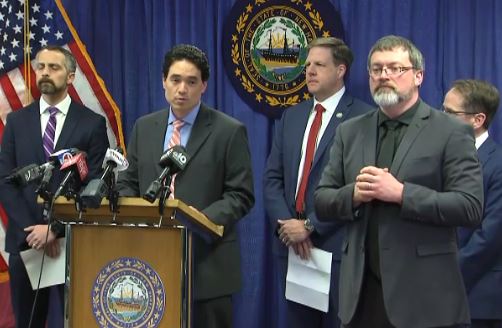 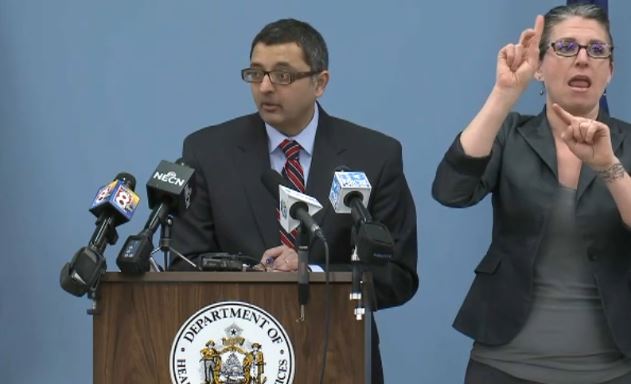 Strict rules aimed at slowing the spread of the virus have been rolling out gradually statewide. Those include eliminating in-person visits to long-term care facilities, except for in end-of-life situations.

A prime reason for all the restrictions is to protect vulnerable seniors or people with weak immune systems from becoming exposed.

"This is what is the issue here is, for those who don't take this seriously," Smith said of the situation inside Burlington Health & Rehab. "This is the seriousness of it."

"We know that our nursing home and long-term care facilities are something we've tried to protect, and we'll continue to do so," said Gov. Phil Scott, R-Vermont. "Because they're the ones who are most at risk."

State and city officials said short-term patients of Burlington Health & Rehab, far from the area in the building where the outbreak is and who have not tested positive, will be removed from the center for their protection.

Levine said his team is still doing its "detective work" to see if the department can track the origins of the outbreak in the facility.

Meanwhile, Scott gave Vermonters a heads-up to expect even more restrictions on daily life, to further try to slow the spread of COVID-19.