Americans' Vacation Habits Are Changing as Cabin Fever Sets in

Memorial Day is the unofficial start of summer, but the water parks are dry, amusement parks are shuttered and national parks are only beginning to reopen.

For thousands of small businesses that rely tourism, they are hoping Americans will be ready to splurge on summer vacations once again — their livelihood depends on it. 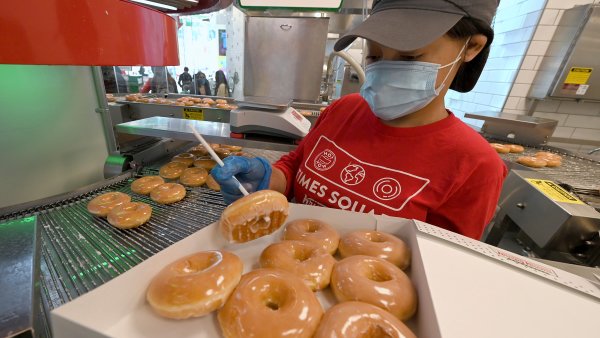 From Donuts to Beer, These Vaccine Incentives Are Available in New England

Hess, owner of Candlelight Cottages, which has been in business nearly 70 years, said her phone has been ringing off the hook from callers who want to escape their houses after more than two months housebound.

“It has been a challenging time, but there is still that optimism it’s not a lost summer,” she said.

In the quintessential resort town of Lake George, Don Roessler is planning on opening his motel and cottages on Friday. Northward Ho, a 25-room occupancy resort, has filled eight rooms for Memorial Day weekend. Normally at this time, he’s turning away customers.

“I’m being very picky about taking people I don’t know,” he said.

Occupancy is down about 30% to 35% in July and August due to the uncertainty, said Roessler.

“Everything is changing daily,” he said, about the rules and people’s willingness to vacation again.

Roessler hasn’t changed his pricing, but he has changed his cancellation policy to ensure his guests can back out at any time without being penalized. He has stepped up the disinfecting of the rooms, increased signage and is requiring guests to wear masks when within 6 feet of others. Roessler said it’s the uncertainty that’s been so difficult, but he’s trying to stay optimistic for the summer.

“I can handle this summer being a bust, but not next summer,” he said.

In the Catskills region, Rocking Horse Ranch isn’t one of the lucky ones able to open up in time for the Memorial Day holiday.

“We are in our 10thweek of closure,” said owner Steve Turk. “We are hemorrhaging right now, as are most hospitalities.”

The ranch has been quietly gearing up for a mid- to late-June opening. Turk said he has had to lay off 300 employees.

“This is an extremely painful period of our lives,” he said.

Turk is optimistic that things could turn around, but he estimates July and August reservations are down about 50% to 60%. When they do reopen, he plans to only operate at 50% capacity at first.

Beaches, boardwalks and lakes in New Jersey are scheduled to open on Friday, but many beaches will be open only to residents. Lifeguards will be wearing masks and beachgoers will need to socially distance.

New York City, typically a summer hot spot, is still a ghost town. Broadway shows and museums are closed. Fifth Avenue is filled with empty storefronts and the streets lack the hustle and bustle that’s synonymous with the Big Apple.

Last year at this time, 43 million Americans planned to travel by car for the Memorial Day holiday. For the first time in 20 years, AAA is not issuing a Memorial Day travel forecast because the Covid-19 pandemic has made it difficult to estimate.

“With social distancing guidelines still in practice, this holiday weekend’s travel volume is likely to set a record low,” said Paula Twidale, senior vice president of AAA Travel. However, AAA said its online bookings have been rising modestly, a sign that American’s confidence is slowly improving. When it is safe to travel, AAA predicts vacationers will prefer U.S. destinations.

“People are booking more resorts that you can drive to,” said Yatin Patel, co-founder of Reservations.com.

He said most hotel rates are down about 20% right now and most have made big changes to their cancellations policies.

“We are probably going to be a bigger company after all this. People are tired of sitting home,” he added.

Camping World CEO Marcus Lemonis, who has one of the largest RV companies in the country, said his websites are seeing millions of hits per day.

“In terms of web traffic, it’s up substantially, as much as 30%, and we’re seeing that convert into a first-time buyer that we’ve never seen before,” he said on his May earnings call.

Yet many states are still prohibiting camping activities, and state parks are just beginning to reopen.

Airbnb said it is seeing tremendous growth in people interested in cabins. Cabins are the second most searched listing type by guests in the U.S., the company said, with 20% week-over-week growth. The category ranked sixth last year.

For leisure, more people are unplugging to enjoy the wonders of nature.

According to the New York State Department of Environmental Conservation, hunting and fishing licenses are seeing a boost. Revenue from these licenses and permits are up nearly 10% in 2020 as more people look to get out of their house.