While the rare blood clotting issue that has led to a pause in the distribution of the Johnson & Johnson coronavirus vaccine is drawing comparison to blood clots connected to birth control products, health experts explain that these two situations are "very, very different things."

Sofia Esposito is one of many Boston women watching closely for any potential issues after getting a Johnson and Johnson vaccine.

"I feel like I'm healthy and I don't have any health condition that would interfere with that," she said.

Johnson & Johnson's COVID vaccine was paused after six women, out of nearly 7 million people to receive the shot across the country, were diagnosed with a rare blood clotting disorder known as cerebral venous sinus thrombosis, or CVST.

Al-Samkari says there are no other known health factors unifying these six young women.

"Were they all on birth control? That's not something that has been reported," he said.

Blood clots from birth control are much more common, but Al-Samkari says they aren't the same as clots in those who got the Johnson & Johnson vaccine.

"It's not even apples and oranges, it's apples and papayas," he said. "They're both fruit, just like they're both blood clots, but they're very, very different things."

"The blood clots you get from birth control are very different than the blood clots that we're concerned concerned about with the Johnson & Johnson vaccine," said Dr. Sabrina Assoumou of Boston Medical Center. 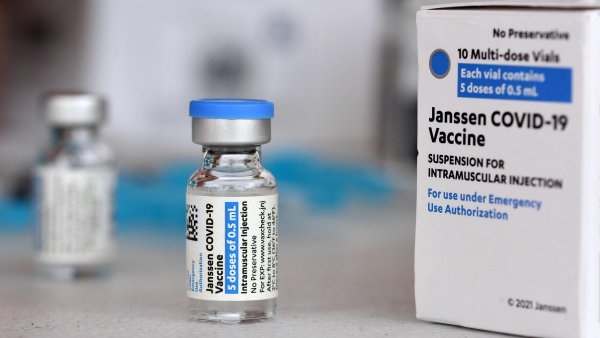 J&J Vaccine to Remain in Limbo While Officials Seek Evidence

Blood clots possibly associated with the vaccine have been in the brain. Birth control clots are usually in the legs.

Dr. Al- Smakari said the clots in the legs can sometimes break off and go to the lungs.

"That's a problem. We don't like that, but it's not usually fatal," he said.

Talibah Alexander has a history of clotting in her family. She says she's glad to be vaccinated, and that she's also in the clear as far as any risks are concerned.

"I got a different vaccine, so I'm feeling a little bit better about that. I got Pfizer," she said.

If you got the Johnson & Johnson vaccine, and it's been at least two weeks, doctors say you can put your mind at ease.