President Donald Trump is scheduled to hold an outdoor rally at Portsmouth International Airport at Pease at 8 p.m. Saturday

With news that President Donald Trump is heading to the Granite State to hold a rally later in the week, some business owners in nearby Maine are worried about a potential coronavirus outbreak caused by people attending the event.

Trump is set to hold an outdoor campaign rally at Portsmouth International Airport at Pease at 8 p.m. Saturday, three weeks after an indoor rally in Tulsa, Oklahoma. That event drew a smaller-than-expected crowd amid concerns of rising COVID-19 infections in the region.

Some Maine business owners, just a few miles from the New Hampshire rally site said Monday they are concerned about a potential COVID-19 outbreak caused by people attending.

"The last thing I need are people that aren't wearing masks. That aren't socially distanced. That aren't safe," said Glen Jodoin, co-owner of The Corner Pub in Kittery.

Jodoin went on to explain that his view has nothing to do with politics but, after days working to get the pub ready for a planned Thursday opening, a spike in area virus cases would be a huge setback.

"This corner has been disciplined, both the customers and the owners," he explained, gesturing to the section of street his business is on. "We don't want to turn into an area that's not safe."

Jodoin's sentiment was echoed by Paul Bonacci, an architect who works in Kittery.

He said the President has "a right" to hold a rally but should have kept the health of people in New Hampshire and Maine in mind and simply avoided holding a gathering.

"There's a concern," Bonacci said. "It puts you in the position where you say, 'no' you shouldn't come here."

More on the Trump Rally in NH 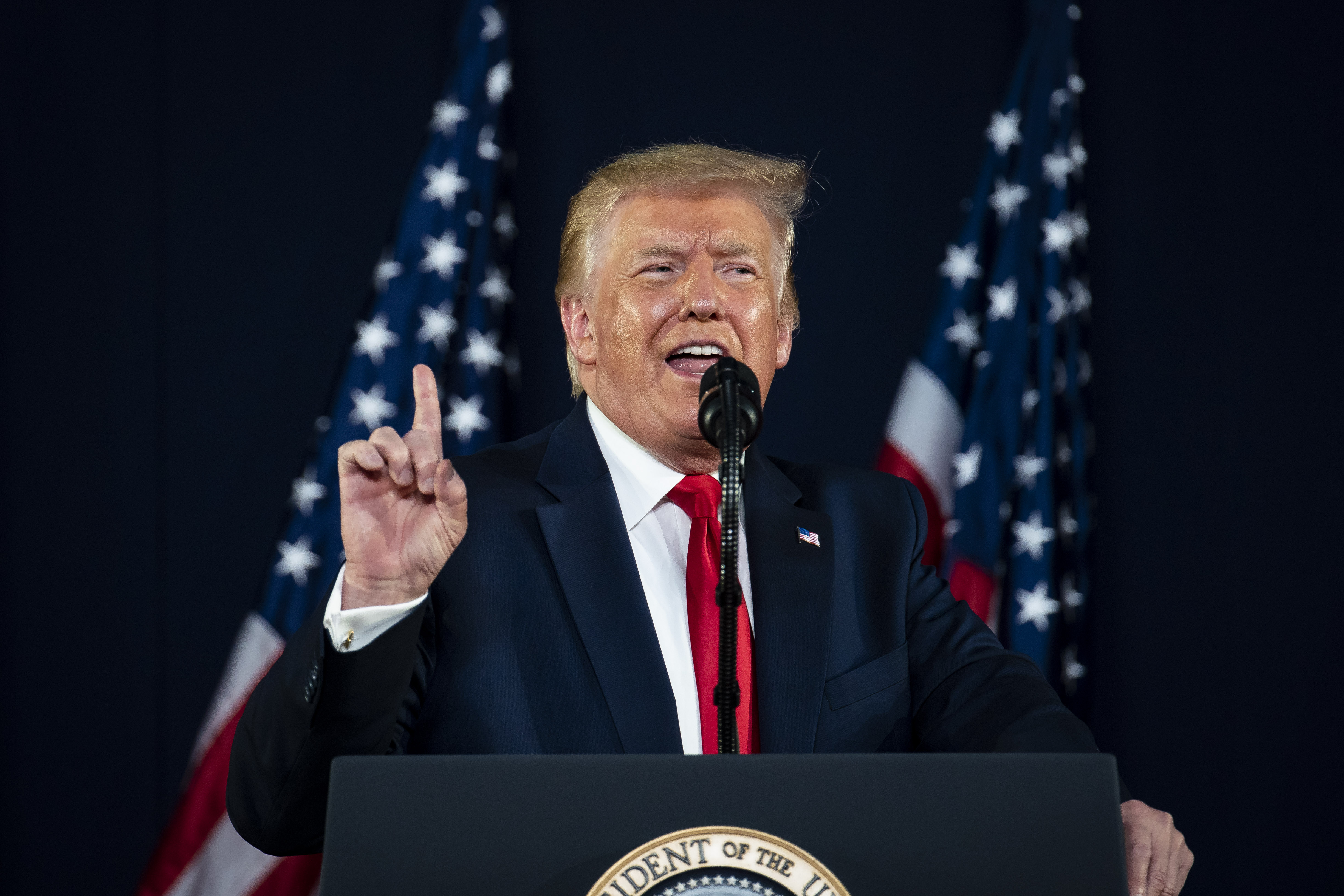 Trump to Hold Outdoor Rally in New Hampshire This Week

Maine Center for Disease Control and Prevention Director, Dr. Nirav Shah, said his agency is aware the rally is happening close by and that anyone who goes to any large gathering should distance themselves from others as much as possible and should also wear a mask.

"Please wear that face covering. It really is a way to keep other people around you safe," he said during his Monday news conference.

Shah also explained that any Maine resident who attends the rally would be allowed to get a free COVID-19 test in Maine under a standing order from Gov. Janet Mills.

If there were to be a spike in coronavirus cases in New Hampshire because of the really, Shah said it is remotely possible Maine could require New Hampshire residents to quarantine for 14 days or present a negative COVID-19 test upon arrival in Maine, as the state has required for residents of states with higher COVID-19 rates than itself.

"It's conceivable," said Shah of the requirement being extended to people living in New Hampshire. "I don't want to comment on any hypothetical. We'd have to see what the data were."

The Trump campaign has said it will distribute masks and hand sanitizer at the rally.

New Hampshire Gov. Chris Sununu said in a statement he welcomes the President while also urging those attending the event to wear masks.

"As Governor I will always welcome the President of the United States to New Hampshire," the Republican governor said. "I am pleased to see the campaign will be handing out face masks and hand sanitizer to all attendees, as has been true at all public gatherings in New Hampshire where social distancing is hard to maintain. It is imperative that folks attending the rally wear masks."