Ultimately, more than 100 people who were on the ship were infected with the coronavirus, and at least eight died

The last vacation Margrit and Lucio Gonzalez took together began with an ominous delay: a medical emergency on the cruise ship they were set to board.

After a four-hour wait, the couple of 51 years got on the Grand Princess on Feb. 11, 2020, for a round-trip voyage from San Francisco to the Mexican Riviera, a decision Margrit Gonzalez came to regret.

“I wish we had come back home. He would still be alive,” the 82-year-old said.

Within weeks, the Grand Princess had captured the world’s attention and made the coronavirus real to millions in the United States when thousands of passengers on a subsequent trip were quarantined as the ship idled off the California coast.

A year later, some of those who traveled on the Grand Princess remember the pain that followed, others the frustration of shifting directives as they were confined to their rooms. They now realize they had a front-row seat to a historic moment.

Ultimately, more than 100 people who were on the ship were infected with the coronavirus. At least eight died. 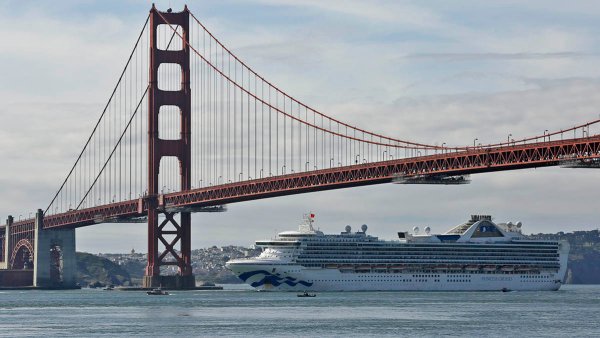 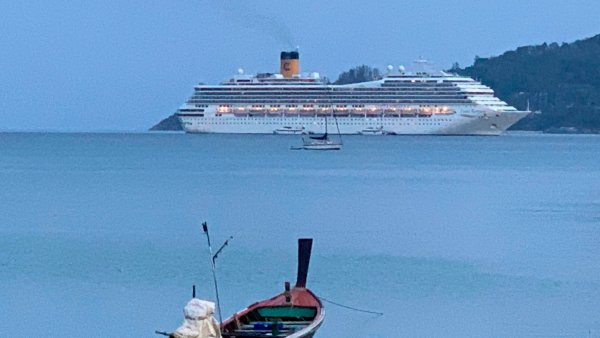 Coronavirus Tightens Grip on Daily Life Around the World

One was Lucio Gonzalez, an athletic 73-year-old who had worked maintaining trails in the California Parks system for 25 years. On the sunny afternoon they boarded, the Gonzalezes thought only of their high-seas adventure. But a few days after the trip ended, Lucio Gonzalez started feeling ill. Eventually, he went to the hospital.

“They put him on a ventilator for three weeks and two days, and after that he died,” his widow said. “I never saw him alive again.”

Hours after the Gonzalezes disembarked on Feb. 21 in San Francisco, a new group boarded for a 10-day trip to Hawaii. The Grand Princess was headed for a stopover in Ensenada, Mexico, when officials ordered it to reroute to California on March 4 after a 71-year-old Rocklin man who had been on the same trip as the Gonzalezes died of COVID-19.

Worried about the virus, officials blocked the ship carrying 2,400 passengers and 1,100 crew members from anchoring at its home port of San Francisco. President Donald Trump said he didn't want the passengers to disembark on American soil “because I like the numbers being where they are,” but that he would yield to health officials' advice. 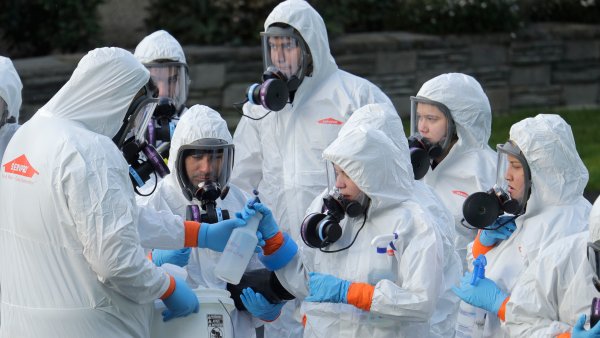 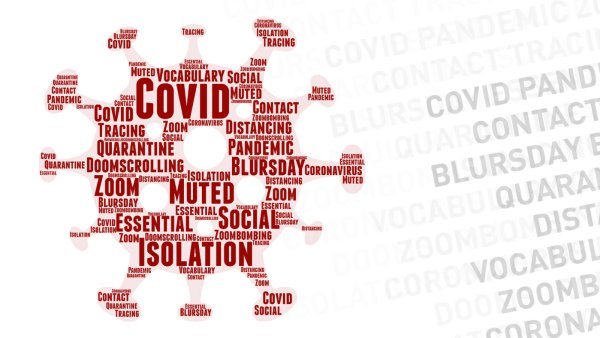 words of the pandemic Mar 11

Zoom, Social Distance, ‘Blursday': The Coronavirus Has Changed How We Speak

On the ship, Laurie Miller, her friend Karen Schwartz Dever and their husbands shared the dinner table and talks of their Hawaii adventures with fellow travelers Steven and Michele Smith.

Soon, they were ordered to quarantine in their cabins. Meals were delivered to their rooms, where they watched their ship, and at times themselves, on television newscasts.

The sight of four California Air National Guard members rappelling from a helicopter to drop off test kits made the coronavirus real for Miller. Until then she had thought of it as something happening far away in Asia.

Even after the ship anchored in Oakland on March 9, the ordeal was not over. Transferring passengers to military bases for quarantine took days, and they were in packed buses for hours. Once at the bases, many crowded together for meals and updates, despite the Centers for Disease Control advising people to keep 6 feet between them.

Vice President Mike Pence addressed the media with the administration's Coronavirus Task Force to provide updates on the Grand Princess cruise ship off the coast of California.

“There was so much inconsistent information from day-to-day that it felt like we were guinea pigs,” said Miller, of San Jose.

Steven and Michele Smith's plan for a 10-day break from overseeing the construction of homes in Paradise, California, decimated by wildfire in 2018, turned into a five-week event that Steven Smith said put them “in a sort of exclusive club of people in ground zero of the corona crisis.”

The three couples have stayed in touch through a Facebook group, where passengers recall not just the stress they went through, but the champagne fountains, four-course meals and black-tie nights. More recently, the conversation has turned to future cruises.

Miller and Schwartz Dever, who met on a cruise, have booked one for next year to the Great Lakes. The Smiths bought stock in Carnival Cruise Line after seeing talk about people itching to get back.

“You can’t live your life based on something that might happen once every 100 years,” Steven Smith said. “You live your life in anticipation of good times and adventures ahead.”

Schwartz Dever, like her friends, doesn’t blame Princess Cruises for how the ship outbreak was handled.

“The people running the cruise were doing exactly what the government told them to do,” she said.

Lucio Gonzalez’s family disagrees. They are suing Princess Cruises and owner Carnival Corp. for negligence and wrongful death — one of dozens of lawsuits by passengers and surviving relatives. Carnival declined to comment on pending litigation.

Princess Cruises said in a statement that its response to the pandemic was based on “the directives of governments and public health authorities and consistent with industry standards. As new information about COVID-19 became available, we continually adapted our policies and protocols to reflect the latest understanding of the virus.”

Gonzalez family attorney Mary Alexander said the Grand Princess should not have sailed after an earlier outbreak on Carnival's Diamond Princess off the coast of Japan.

“They knew more than anybody else about what was going on with COVID and what was going on on cruise ships and they should have never sailed. They didn’t take any special precautions to protect the passengers, they didn’t warn them about the virus. People died as a result,” Alexander said.

Miguel Gonzalez said he wants to make sure the industry is held accountable and future passengers aren’t put in danger as his father was.

“I just miss him and I just wish I could have more time with him,” he said.