Democrats Try to Stamp Out School Closures as Virus Surges

Nearly two years into a pandemic that shows no signs of waning, Democrats are speaking out more forcefully against COVID-19 school closures

Illinois Gov. J.B. Pritzker pushed for a quick end to the job action and helped secure rapid tests to entice teachers back to work. Chicago Mayor Lori Lightfoot said the strikers “abandoned their posts” in “an illegal walkout,” and White House press secretary Jen Psaki stressed that students should be in school. The standoff ended with a tentative agreement late Monday.

Nearly two years into a pandemic that shows no signs of waning, Democrats are speaking out more forcefully against COVID-19 school closures, recognizing a rising anger among parents worried that their kids are falling behind. But in doing so, Democrats risk angering some teachers unions, which are advocating for more protections for educators amid a surge in the contagious omicron variant and whose support helped get Democrats elected.

The political peril for Democrats became clear after their candidate lost the Virginia governor’s race in November to a Republican who focused on education and slammed the prior year’s school closures. Now, in what already promises to be a tough midterm election year, with frustrations mounting among their base over stalled voting and spending legislation, they may face real trouble over an issue that directly affects Americans' lives.

“When you tell a parent that their kid can't be in school — a lot of times politics doesn't touch people's lives, but that's a massive impact on parents' lives that pisses them off,” said Brian Stryker, a Democratic pollster based in Chicago. “The Chicago strike may be the moment when Democrats said: 'Enough. We’re done with all these.'”

That's left some teachers feeling left out in the cold. John Coneglio, head of the Columbus, Ohio, Education Association, said COVID-19 has sickened so many teachers that students aren't learning in overcrowded classrooms. The union has called for two weeks of remote learning. Still, none of the Democratic-voting city's leaders has backed the union.

“I think their silence speaks,” Coneglio said. “We’re hoping our local politicians see this is a citywide problem, and that sticking your head in the sand and saying, ‘It’s on you guys to solve this,’ isn’t fair.” 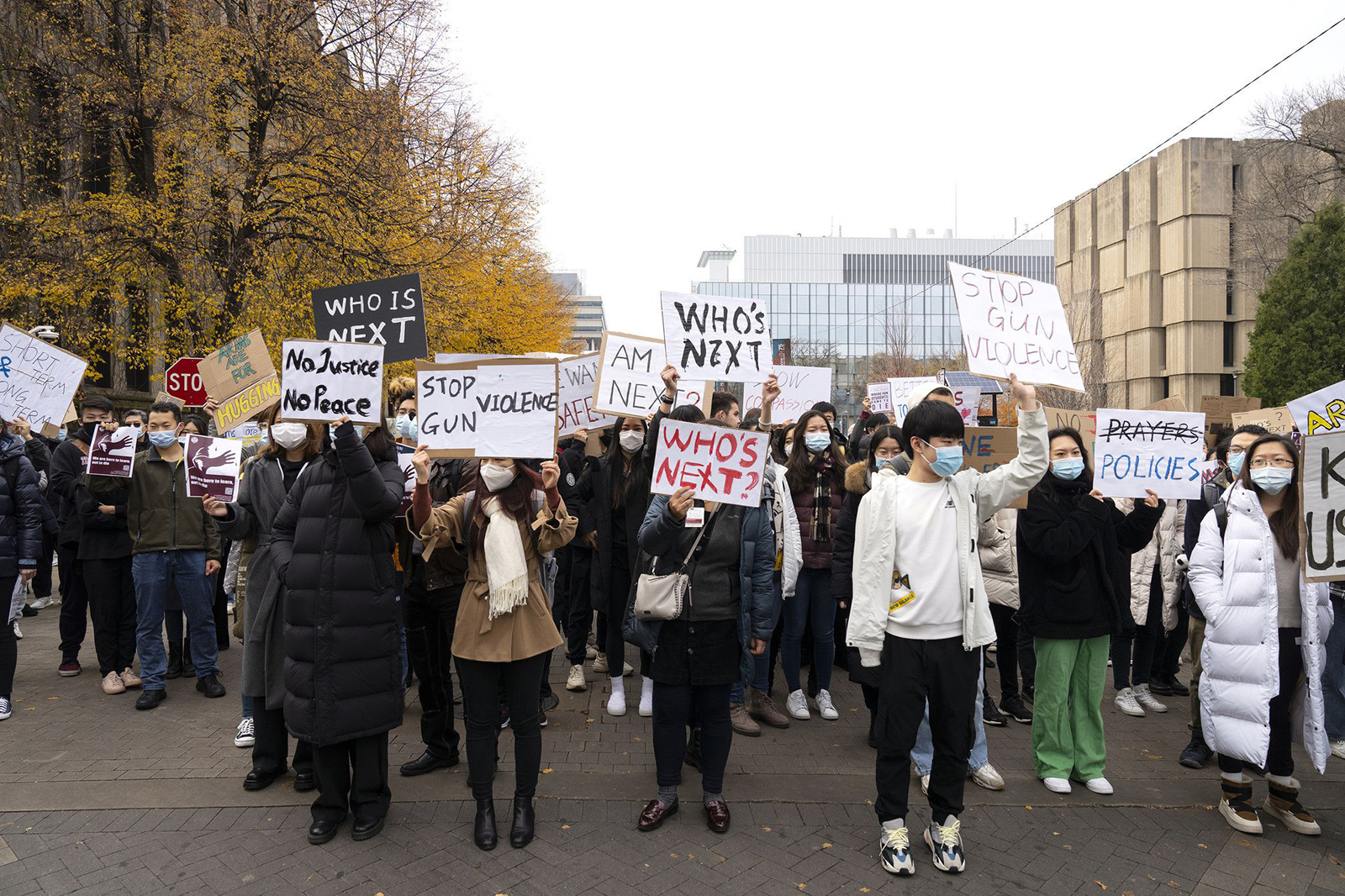 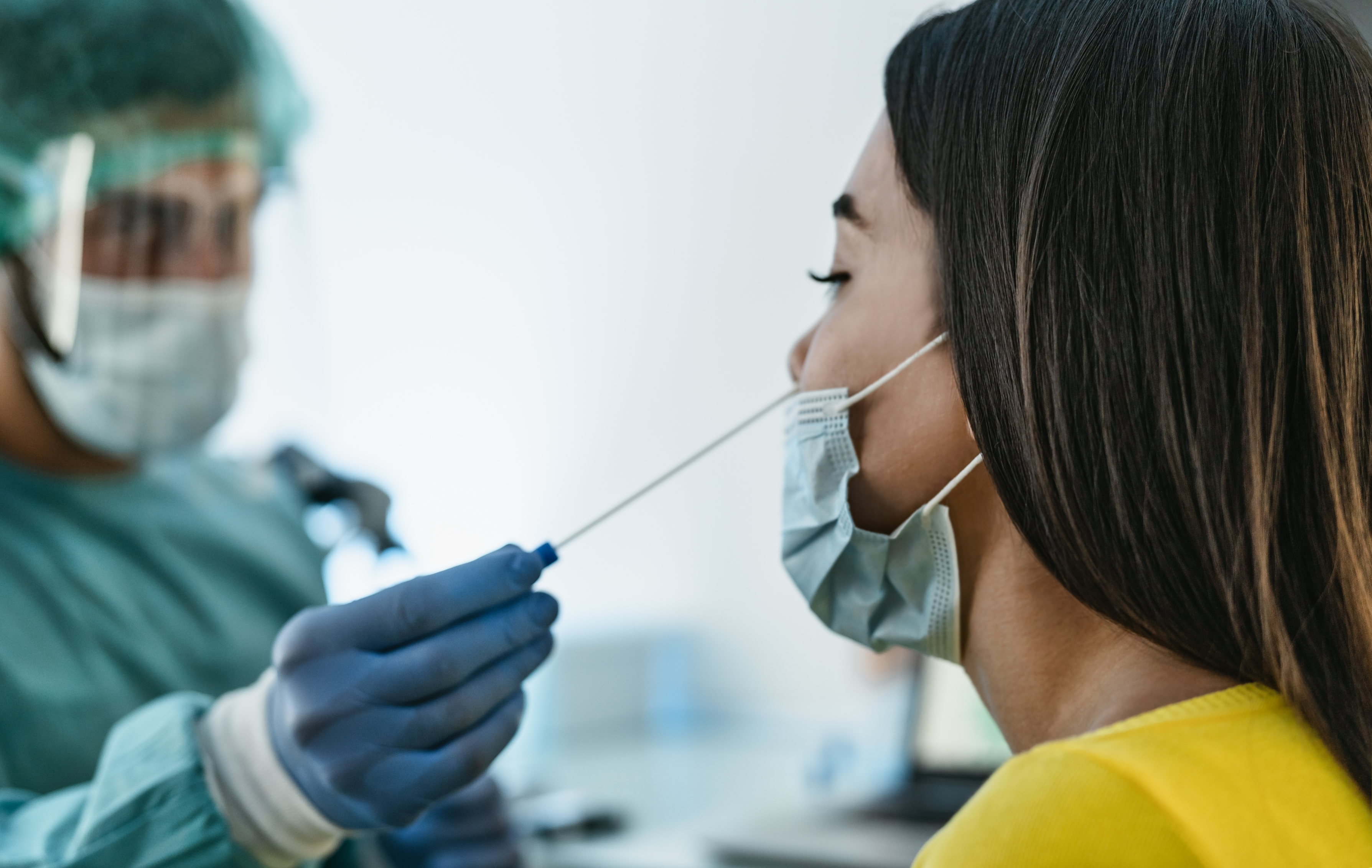 At the same time, Democrats are cognizant of the concerns of parents like Megan Bacigalupi, who quit her job at a San Francisco Bay Area nonprofit last year to help her two young children deal with the hassles of remote learning. She's since founded a group, CA Parent Power, to push to keep schools open.

“Overwhelmingly, Democratic parents are quite willing to vote for an independent or a Republican in November,” said Bacigalupi, who just changed her registration from Democrat to unaffiliated and said she's never voted Republican in her life. “Two years in, it doesn't feel like we are in a place where our worldview won't be shaped by COVID policies.”

Randi Weingarten, president of the American Federation of Teachers, said the recent story of schools and COVID-19 is a triumph. She contrasted last winter, when as many as 45% of the nation's schools were closed during a surge, to now, when vaccinations are widespread and 98% of schools are open despite even higher COVID-19 caseloads.

“That shows remarkable strength and courage and fortitude on behalf of teachers and paraprofessionals,” Weingarten said. “Omicron is the enemy, not each other.”

The Centers for Disease Control and Prevention has said that schools can remain safe when proper protocols are followed, including observing safe distancing, wearing masks and getting vaccinated.

“Schools should be the first places to open and the last places to close,” CDC Director Rochelle Walensky said during a Senate hearing Tuesday.

In Oakland, where Bacigalupi lives, schools didn't reopen until August 2021, and a teacher sickout protesting conditions during the recent virus case surge closed them for one day last week.

Bacigalupi's frustrations are shared by a growing number of education-oriented parents who became activists to push back against extended school closures.

“I have been watching the failure of my party happen in real time," said Keri Rodrigues, president of the National Parents Union and a committee member of the Massachusetts Democratic Party, "and it’s devastating because unfortunately I feel like the Democrats in this country are just not in conversation with parents, families and communities, and have completely ignored us to listen only to the priorities of the unions.”

"We are having challenges right now securing orders that we've put in with our local health department because the tests just aren't there," says Superintendent Susan Enfield of the Highline School District, outside of Seattle, Washington.

The vast majority of schools are still in-person, and most switches to remote learning are happening on a case-by-case basis as the virus sickens too many teachers. The few switches to remote learning that have happened, in places like Prince George’s County in Maryland, are only supposed to last a couple of weeks, at what some experts say could be the peak of the omicron variant spread. But parent activists don’t trust the districts to return promptly.

“The idea that these numbers are going to drop precipitously in the next two to four weeks, I think, is a dubious prospect,” said Shavar Jeffries, president of Democrats for Education Reform, which supports charter schools and has opposed the return to virtual learning. “I think this is a very slippery slope.”

“(President Joe) Biden promised to get kids back into school and beat COVID — he has failed to do both,” said Emma Vaughn, press secretary of the Republican National Committee.

Biden has been increasingly vocal about the need for in-person instruction. On Monday, Psaki said the White House was trying to “assist” Pritzker and Lightfoot as they worked to resolve the strike.

Stryker, the Democratic pollster, said Biden has been clear on the issue, “but I don't think we've heard it trickle down in the Democratic Party enough."

That's damaging, he said, not because voters identify the party with teachers unions, one of its biggest backers, but because they see Democrats as being stuck in the past when it comes to virus safety.

Democratic politicians seem to be getting the message. In Nevada on Tuesday, the Clark County School District, which includes Las Vegas, announced that its schools would take extra days off over the upcoming Martin Luther King Jr. Day weekend, returning to classes the following Wednesday, because of the omicron surge. The state's Democratic governor, Steve Sisolak, quickly tweeted his reaction.

“I know many parents and families will be disappointed with the Clark County School District’s decision,” Sisolak wrote. “Let me be clear, I am absolutely committed to keeping schools open for in-person learning and keeping our students, educators and staff safe.”

We should shift how we track the severity of the coronavirus pandemic, says Dr. Monica Gandhi at University of California San Francisco. Since Omicron is more infectious, it can cause higher case numbers. But with many people vaccinated or having some level of immunity, each case may not be a cause for panic - hospitalizations and deaths are better measurements of how severe the virus is, Gandhi says.
Copyright AP - Associated Press