The ranks of Americans thrown out of work by the coronavirus ballooned Thursday to at least 22 million in just four weeks, an unprecedented collapse that has fueled widening protests and propelled President Donald Trump’s push to relax the nation’s social distancing guidelines.

Trump planned to announce new recommendations later in the day to allow states to reopen, despite warnings from business leaders and governors that more testing and protective gear are needed first.

The government said 5.2 million more people applied for unemployment benefits last week, bringing the running total to about 22 million out of a U.S. work force of roughly 159 million — easily the worst stretch of U.S. job losses on record.

Meanwhile, the U.S. government's paycheck protection loan program for small businesses is on hold only days after it began accepting applications. The Small Business Administration said Thursday that it reached the $349 billion lending limit for the program.

Thousands of small business owners whose loans have not yet been processed must now wait for Congress to approve a Trump administration request for another $250 billion for the program. Lawmakers have been haggling over whether to extend the program as it stands now, or whether to add provisions that among other things would help minority businesses. It’s unclear when they might reach an agreement that would allow loan approvals to continue.

Fifty governors will take part in a call with President Trump on Thursday, focusing on how and when to reopen the United States for business. The White House plan comes after governors of several states formed their own coalitions to discuss easing stay-at-home orders in their regions.

Treasury Secretary Steven Mnuchin and SBA head Jovita Carranza on Wednesday urged Congress to approve more funds. Meanwhile, thousands of businesses are still applying, hoping to get loans when Congress approves an extension of the program. 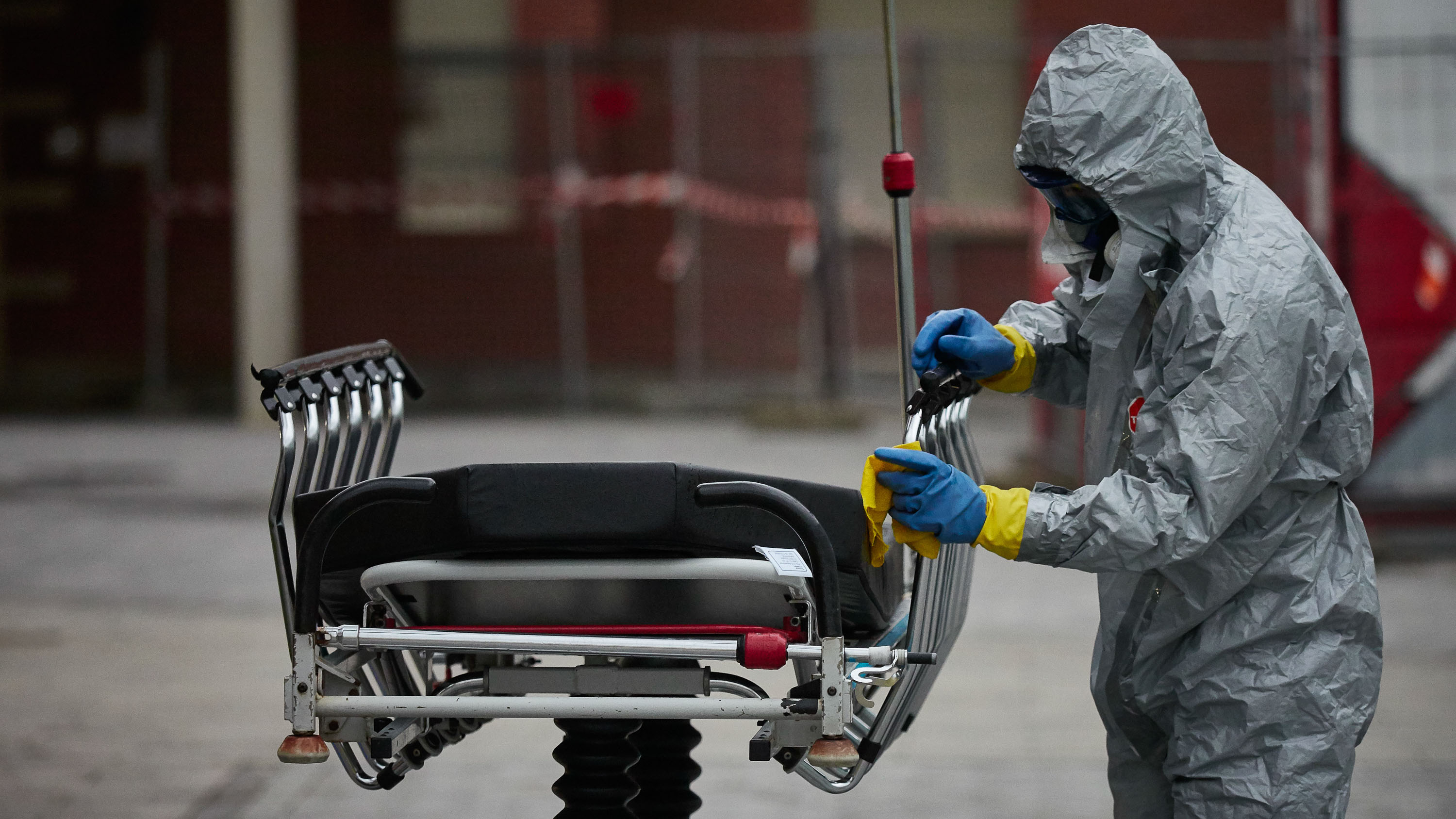 Some economists say the unemployment rate could reach 20% in April, the highest since the Great Depression of the 1930s.

While some leaders and citizens around the U.S. have called on government to reopen stores, factories and schools, health authorities and many politicians warned that returning to normal is a distant goal and that lifting restrictions too soon could allow the virus to come storming back.

The decision of when and how to ease up rests not with the White House but with state and local leaders, who imposed the mandatory lockdowns and other restrictions put in place over the past month.

The outbreak has infected more than 2 million people worldwide and killed more than 137,000, according to a tally by Johns Hopkins University, though the true numbers are believed to be much higher. The death toll in the U.S. reached about 31,000, with over 600,000 confirmed infections.

Fallout from the virus spread in ways both predictable and devastating, from police torching an illicit food market in Zimbabwe, to emergency flights carrying foreign farm workers to Britain and Germany, and protests at U.S. state capitols against job losses. 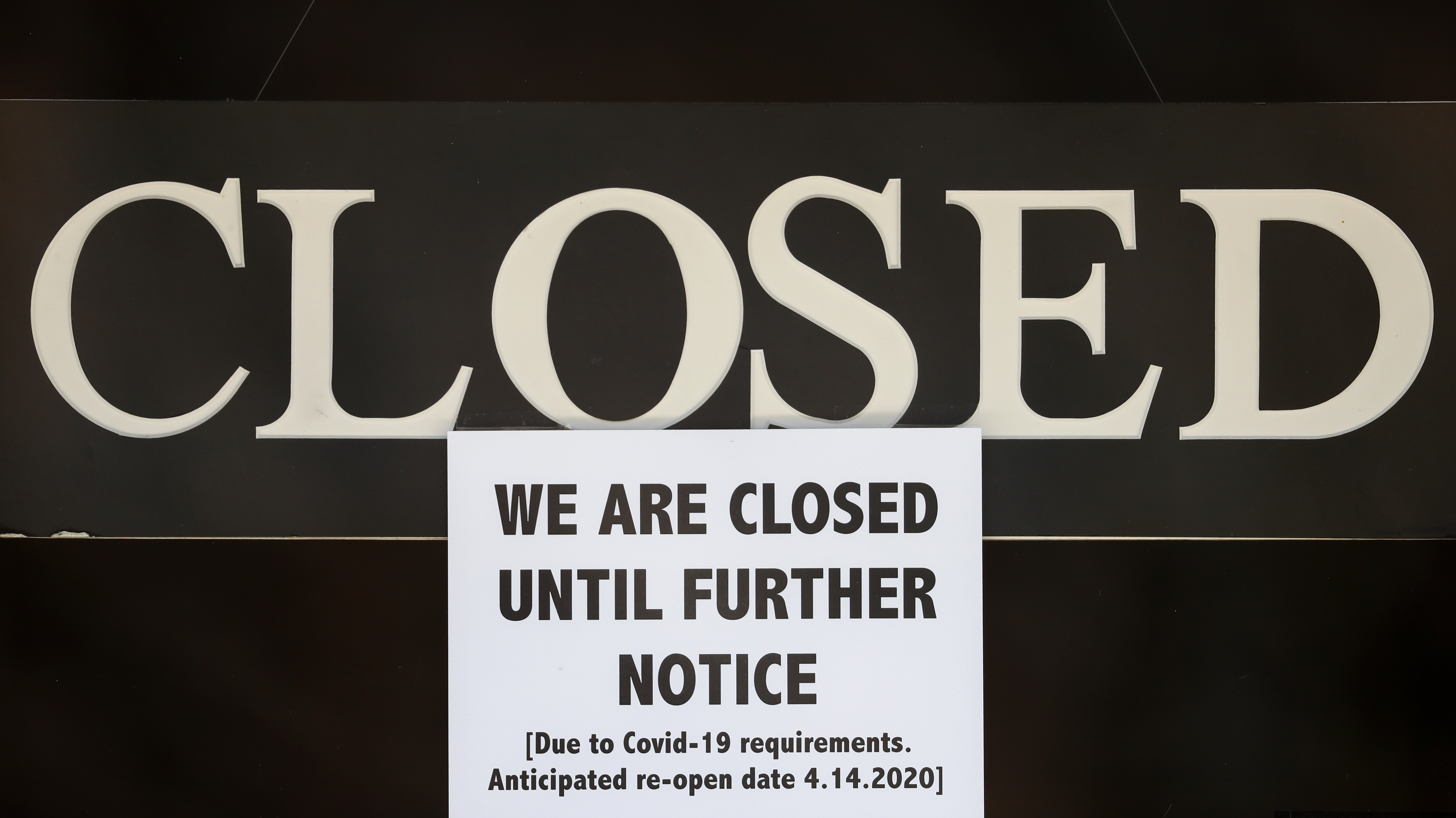 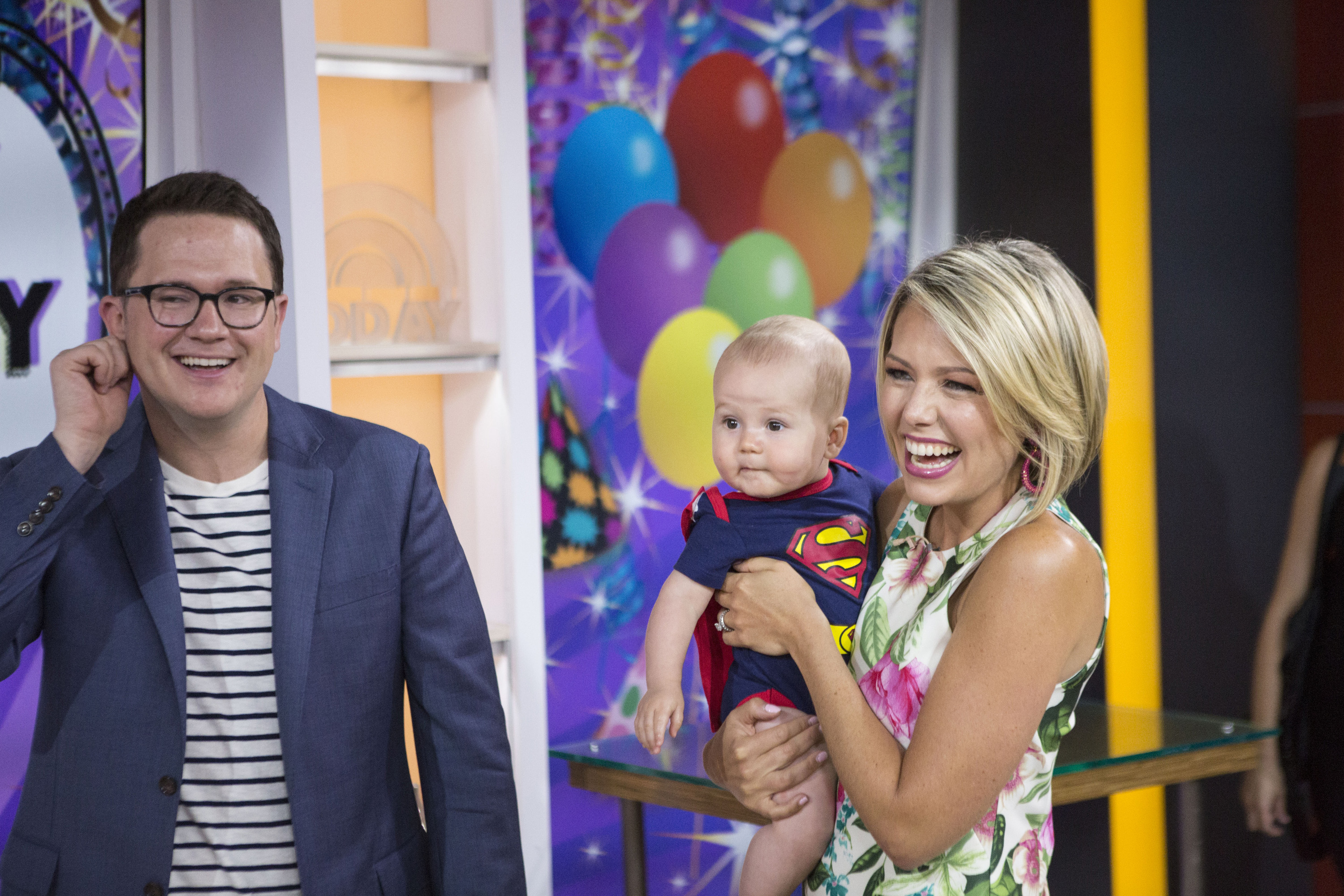 Dylan Dreyer's Husband on COVID-19 Experience: It's the ‘Freddy Krueger' of Viruses

In France, Amazon suspended operations after a court ruled it wasn’t doing enough to protect its workers in the country. The online retailer has six warehouses in France.

In Britain, a government survey found that a quarter of companies had suspended business. Cargo traffic at Europe's massive port of Rotterdam in the Netherlands sank 9.3% in the first quarter from the same period a year ago, and its CEO warned of worse to come.

The World Health Organization's European chief said optimism that the spread of the virus is declining in Italy, Spain and France has been tempered by the knowledge that it is rising or remaining at a high level in Britain, Russia and Turkey.

President Donald Trump announced Tuesday he was halting U.S. funding for the World Health Organization while a review is conducted to assess the organization's alleged role in "severely mismanaging and covering up the spread of the coronavirus."

In the U.S., the government said home-building collapsed in March, with housing starts tumbling 22.3% from a month ago. A day earlier, the U.S. reported that American industrial output shriveled in March, registering its biggest decline since the nation demobilized in 1946 at the end of World War II. Retail sales fell by an unprecedented 8.7%, with April expected to be far worse.

Retail sales in the United States had a record-breaking fall in the U.S. last month amid the coronavirus pandemic.

The International Monetary Fund said fallout from what it calls the “Great Lockdown” will be the most devastating since the Depression.

That has made leaders all the more anxious to send people back to work and school and to rebuild devastated economies.

Italy’s hardest-hit region of Lombardy is pushing to relaunch manufacturing on May 4, the day that the national lockdown is set to lift. Regional officials are considering ordering companies to stagger opening hours to avoid cramming public transportation.

In the U.S., thousands came out in Michigan and Oklahoma to protest the lockdowns they say have destroyed livelihoods.

Frustration and cabin fever boiled over in Michigan as the state's Conservative Coalition gathered in Lansing to protest the governor's strict stay-at-home order. The group called the quarantine effort a violation of civil liberties.

In Michigan, some were masked and armed with rifles, but many unmasked people defied stay-at-home orders and jammed nearly shoulder-to-shoulder in front of the Capitol building in Lansing. In Oklahoma, cars plastered with protest signs drove past the Statehouse in Oklahoma City: “All jobs are essential,” read one sign on the back of a pickup truck.

"This arbitrary blanket spread of shutting down businesses, about putting all of these workers out of business, is just a disaster. It’s an economic disaster for Michigan,” said protester Meshawn Maddock.

“People are frantic to get back to work. They have been very edgy,” he said.

Troubling data indicate the worst has yet to come in many parts of the world.

Japan’s prime minister announced he would expand a state of emergency to the entire country, rather than just urban areas, as the virus continued to spread. Japan has the world's oldest population, and the elderly are especially vulnerable to the coronavirus. 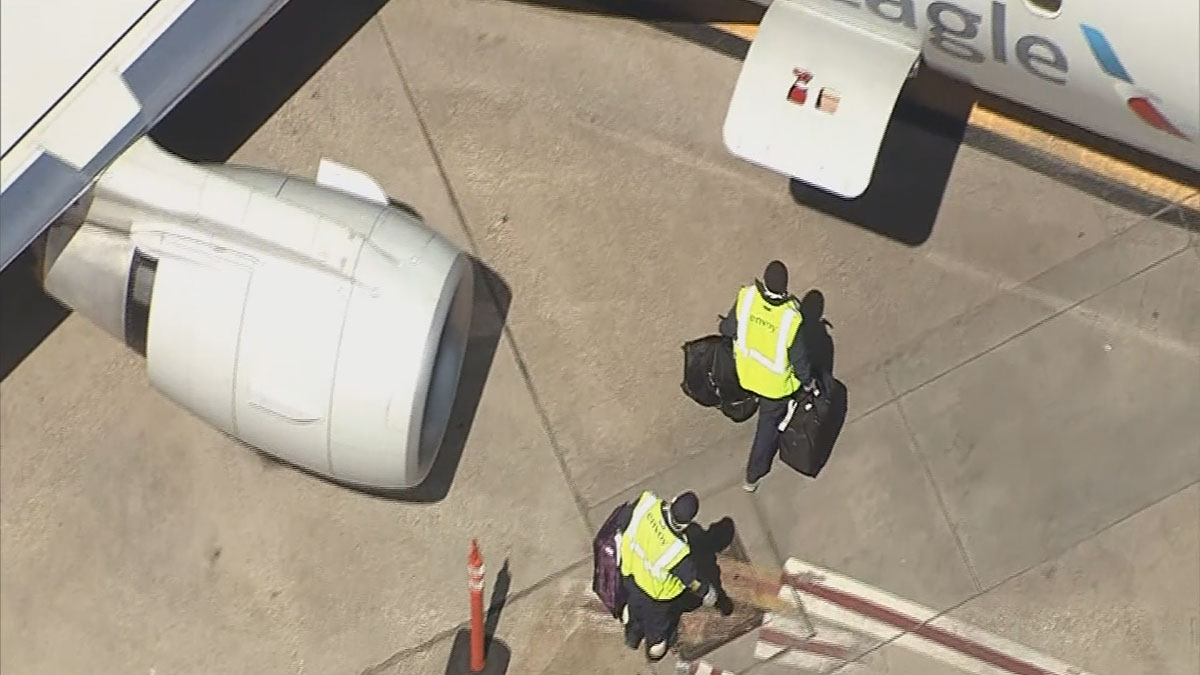 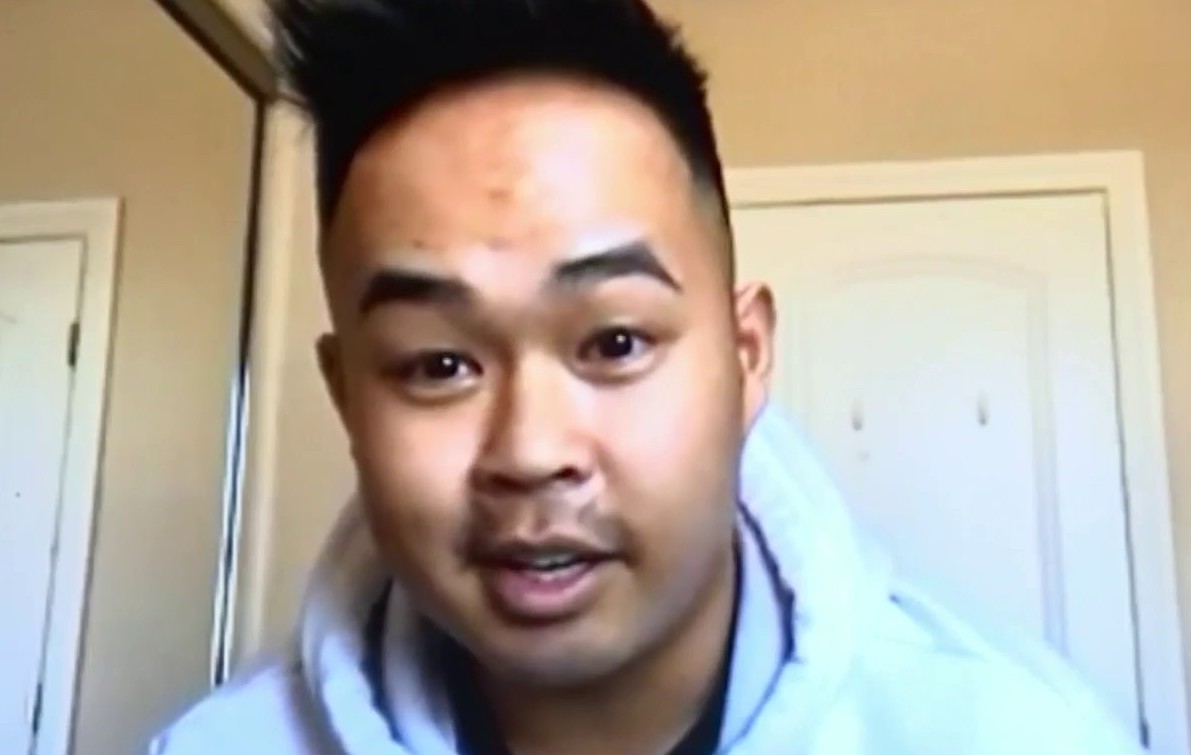 The British government was set Thursday to extend a nationwide lockdown for several more weeks, as health officials say the coronavirus outbreak in the country is peaking. Britain awaited its first flight of Romanian farm workers, and more than 30,000 other workers registered for flights to Germany to help plant and harvest.

U.N. Secretary-General Antonio Guterres urged stepped-up efforts to prepare Africa for the virus, warning that the continent “could end up suffering the greatest impacts.”

In Zimbabwe, where food was scarce even before the outbreak, police raided a market, torching 3 tons of fresh fruit and vegetables and scattering farmers who had broken travel restrictions to try to sell their crops.