With the Thanksgiving holiday still a month away and cases of the novel coronavirus on the rise, Gov. Gina Raimondo is asking Rhode Island residents not to travel and to celebrate responsibly in smaller groups.

During her Wednesday news conference, Raimondo said like all holidays this year, Thanksgiving will be different and residents need to adjust.

"I know that's tough, but I'm asking you please to consider staying home for Thanksgiving. Even if you typically travel to see aunts, uncles, family and friends," Raimondo said.

Although there won't be any state regulations, the state has released some guidelines for how Rhode Islanders can safely celebrate.

"I'm just telling you it's in the state's best interest if everyone stays local. It's in our public health interest, the interest of our economy, and it's in your interest. You'll stay healthier and safer," Raimondo said.

Among the guidelines, residents are being asked to limit in-person gatherings only to people they live with, avoid sharing food and drinks, avoid family football games, and avoid hugs and handshakes.

For those who plan to celebrate with people outside their household, they are being urged to wear masks, maintain social distance, clean and disinfect commonly touched surfaces, and try to keep gatherings outside.

The governor added that if residents wanted to have the traditional Thanksgiving with family and friends, that they should get tested before and after the holiday to avoid potential exposure to the virus.

Sometime around Thanksgiving, the state will be deploying 300,000 BinaxNOW rapid COVID-19 tests from Abbott which will be deployed to three areas, Raimondo said. The three areas that need the most help and speed for test results are K-12 schools, high-density communities, and colleges and universities, the governor said. 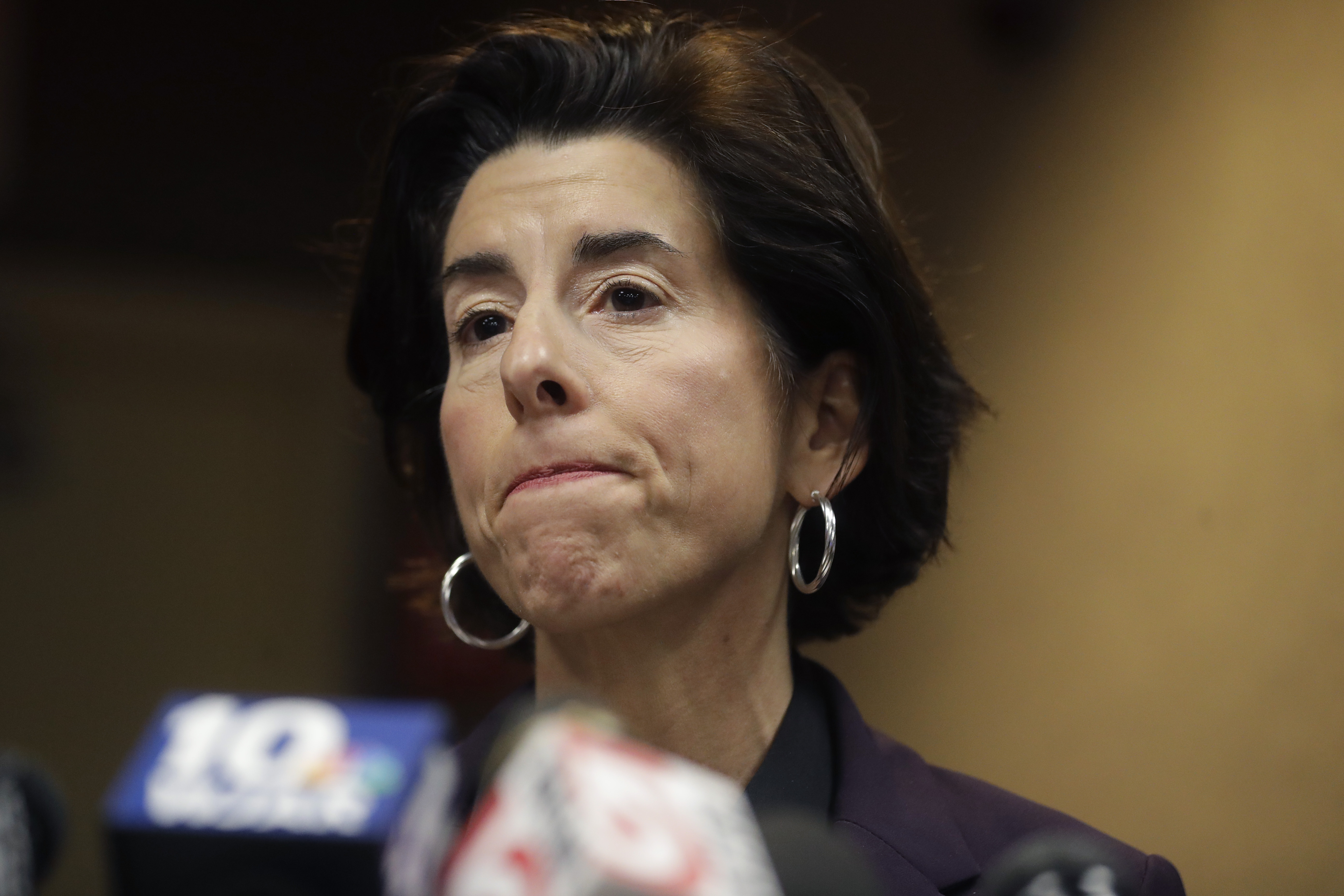 There have now been 1,169 confirmed deaths and 29,123 cases, according to the Rhode Island Department of Public Health. The percentage of coronavirus tests coming back positive, on average, remains at 2.6%, according to the report.

"The numbers aren't good. I'm not going to sugarcoat it," Raimondo said. "The bottom line is that we're not in a good place."

Last week, Raimondo announced that office break rooms must close for the next three months. The decision was the result of a recent increase in coronavirus cases across the state.

Raimondo said she believed that the slow growth in the number of cases was attributed to socializing in break rooms, as well as small indoor gatherings. She hoped that the closure of break rooms would help to contain the virus and prevent rapid spikes in case numbers.

This decision was accompanied by multiple other actions and requests from the administration.

The governor announced plans to triple the presence of state police around Halloween in an effort to monitor social gatherings and shut down any that exceed 15 people. She added that violators of this rule will face a large fine.

While Halloween is not cancelled in the state, she asked for everyone to wear face masks and trick-or-treat during the daytime when social distancing will be much easier to maintain.