The Trump administration told governors on Monday to expect the first shipments of Pfizer's vaccine to begin arriving by mid-December, contingent on FDA approval

The first coronavirus vaccines could arrive in Massachusetts as early as this month, Gov. Charlie Baker said Tuesday, but it will take time to achieve widespread distribution.

It will likely be months before the general public can get vaccinated, based on plans the federal government and Massachusetts are finalizing this week to prioritize limited early supplies.

The first doses will likely be reserved for frontline health care workers, people over the age of 65 or with underlying health conditions and other essential workers. The state is preparing to submit its final plan for vaccine acceptance and distribution to the U.S. Centers for Disease Control on Friday.

The vaccines are designed for adults over the age of 18, Baker noted.

The Trump administration told governors on Monday to expect the first shipments of Pfizer's vaccine to begin arriving by mid-December, pending emergency use authorization from the Food and Drug Administration, Baker said.

The first coronavirus vaccines could arrive in Massachusetts as early as this month, Gov. Charlie Baker said Tuesday, but it will take time to achieve widespread distribution.

The vaccine developed by Cambridge-based Moderna would be available "shortly after that," Baker added, who also said he did not think his administration would consider mandating vaccinations.

The head of the FDA Stephen Hahn was called to the White House Tuesday morning for a meeting on the Pfizer approval process, and the agency has a hearing scheduled Dec. 17 to discuss the Moderna application.

While the impending availability of a vaccine means there's "light at the end of the tunnel," Baker cautioned against thinking that FDA approval will mean that life can return to normal for the Christmas season.

The governor said it probably won't be until the spring that the general population begins to have access to a vaccine, at which point others being developed by AstraZeneca and Johnson & Johnson could also be available.

"It would probably be Q2 before just Joe Q or Jane Q Citizen would have access to a vaccine," Baker said.

The Pfizer and the Moderna vaccines require two doses, which must be administered three to four weeks apart.

"The thing to remember here is, even as the feds get into the business of following through on the distribution program that's attached to this, it's going to take awhile before people would literally start finishing the vaccine process itself and start to generate antibodies," Baker said.

The federal Advisory Committee on Immunization Practices recommend that health care workers and residents of long-term care facilities be the first to get vaccinated, the Washington Post reported, after voting on its priority vaccination guidelines during an emergency meeting Tuesday.

States do not have to follow the recommendations of the Centers for Disease Control panel, but many are expected to adhere to the general framework. Baker submitted a draft plan to the CDC in October based on the assumption that the state would receive between 20,000 and 60,000 initial doses.

That plan, which is being updated for final submission by Friday, prioritized health care personnel, adults over 65 and those with underlying health conditions and other essential workers.

Members of Operation Warp Speed speed are expected to give an update Wednesday. 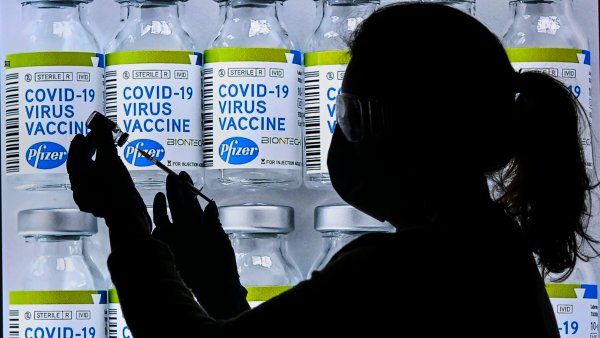 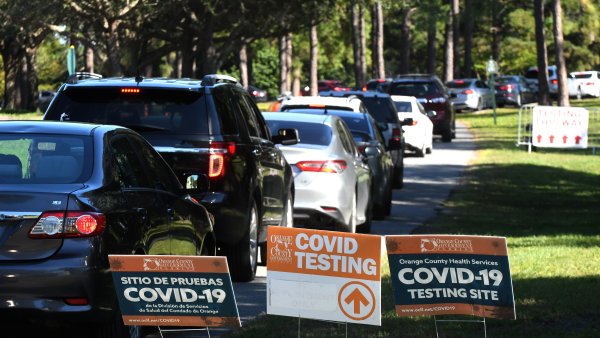 Virus Updates: More Than 200,000 Cases in US Sets Single-Day Record