A judge approved an order barring a Vermont man from selling personal protective equipment after the state's attorney general accused him of trying to profit off COVID-19.

Last week, NECN and NBC10 Boston reported that the office of Attorney General T.J. Donovan accused businessman Shelley Palmer of Williston of importing simple surgical masks for a dime apiece, then selling them to Central Vermont Medical Center for $2.50 each.

The A.G. called that an "immoral" and "unconscionable" act of price-gouging.

"It's like charging a thirsty person in the desert $100 for a bottle of water," Assistant Attorney General Justin Kolber told Judge Helen Toor last Wednesday. "That person is going to pay it no matter what the price is." 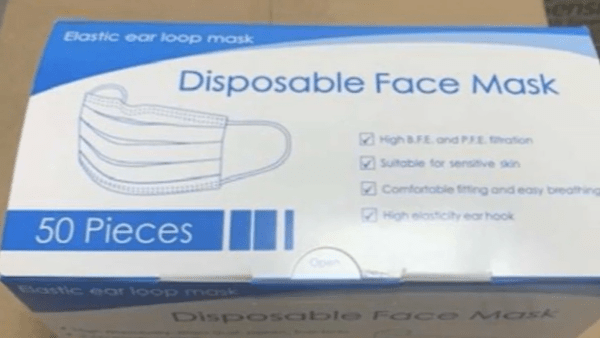 The prosecutor also told Toor that Palmer exaggerated the safety features of his masks when he claimed in conversations with other potential customers the masks were more advanced than they really were.

Palmer denied he did anything wrong.

"The attorney general lied," Palmer said in an interview with NECN and NBC10 Boston. "He slandered me."

The owner of Big Brother Security Programs, Inc. insisted he paid more for the masks than the state said he did, then had additional costs on repackaging the masks for sale—meaning he didn't make the amount of profit the prosecutors said he did.

However, Toor wrote in a decision filed Monday morning that Palmer offered no evidence that he actually had higher expenses on his imports.

Additionally, the judge wrote that much of Palmer's testimony was not credible. Toor said Palmer lied under oath when he claimed he never misrepresented his masks' safety features—when video evidence showed otherwise.

In her ruling, Toor called Palmer's markups "unconscionable" during a health emergency, and ordered him and any of his businesses to stop selling personal protective equipment at inflated prices.

According to the order, Palmer has until mid-week if he wants to file any objections to the injunction barring him from selling medical equipment at sizable markups.

The A.G.'s office proposed a 10% markup as an acceptable price increase during the emergency.