Statewide, there are 907 confirmed cases of COVID-19, the disease caused by the novel coronavirus, with 222 health care workers who tested positive as of Wednesday, Shah said.

As Shah and other officials point to testing and contact tracing as ways to reopen public spaces and businesses, another Maine company is adding its name to the lost of firms helping identify who has COVID-19: Idexx.

The Westbrook-based company said Monday that it and a subsidiary will produce two different kinds of COVID-19 tests. One, for humans, is in early release stages. The other, which the company says will be rolled out to veterinarians in North America this week, is for pets like cats and ferrets, which in rare cases can contract COVID-19.

We have a lovely performance that breaks through social distance barriers today, and a look at how a Maine cheesemaker created a great resource for people to find local products.

On the human front, Maine is showing some encouraging signs that it is identifying enough people with COVID-19 that could allow the state to make informed decisions about handling the crisis.

“Right now Maine’s rate of positivity stands at about five percent, which is significantly lower than what it’s been in many other states,” Shah said.

The good testing news stands in contrast with a problem the governor’s office believes it has found with a White House report that it says does not have an accurate sense of Maine’s testing capacity and cites testing equipment the state says that it does not have.

It also says the White House missed a large lab that is in Maine that is doing testing.

Asked for a copy of the White House document, Lindsay Crete, a spokeswoman for the Mills administration provided a copy of a line she says was in it precluding her from releasing it to the public:

The numbers issue aside, Crete said that Mills and her public health team are pushing the federal government to expand testing capacity, something Shah touched on as well on Wednesday.

“We also still know we need to expand our testing capacity,” he said. “Our goal is to make sure that each and every health care provider in Maine can offer a test to any of his or her patients without feat the test might get rejected because of resource constraints.”

The state has had a total of nearly 17,000 negative tests, Shah said, citing data published once a week due to the number of clinics testing patients across the state.

According to the Maine CDC, 145 people have been hospitalized at some point during the course of their illness, with 24 who are currently in regular beds and 18 in the ICU.

The Baker administration is pressing pause on part of its program to provide coronvirus tests at nursing homes.

Shah said Maine CDC is monitoring outbreaks in long-term care facilities, with three new cases at Edgewood Residential Care Facility in Farmington. The agency said it's sending testing kits to the facility so staff and residents "can be swabbed and the results reported as soon as possible."

Shah said a total of 190 positive cases have been reported in long-term care and assisted living facilities, with 123 residents and 67 staff members.

These include 40 positive cases at Tall Pines Retirement and Health Care Community in Belfast, with 10 residents who died, 47 at the Maine Veteran's Home facility in Scarborough, 74 at the Augusta Center for Health and Rehabilitation, 15 at Falmouth by the Sea in Falmouth and 11 at the assisted living facility The Cedars in Portland.

Companies have seen a surge in online orders for groceries due to the coronavirus pandemic. Melody Mendez shares her tips on ordering groceries online as demand continues to rise.

Maine CDC said it is aware of a new outbreak at the John F. Murphy Home in Auburn, with 2 members of the staff and a resident who tested positive.

Shah said Maine CDC is continuing to work on increasing testing kit capacity, with the goal to have "each and every health care provider with the ability to test everybody they need to." 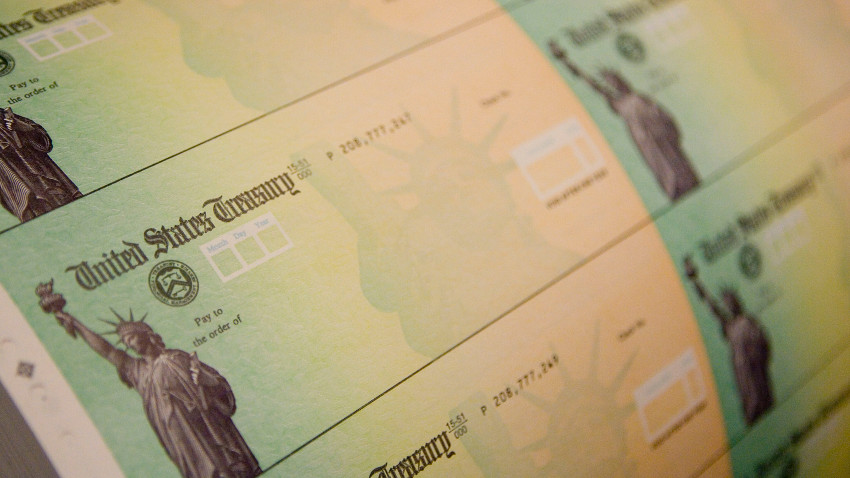 Where's My Stimulus Check? Answers to Some Commonly Asked Questions