From social distancing stickers on floors and seats to masks on passengers and drivers, public transport will look very different as skeleton timetables are expanded

In cities around the world, public transport systems are the key to getting workers back on the job and restarting devastated economies, yet everything from trains to buses to ferries to bicycles will have to be re-imagined for the coronavirus era.

In Europe in particular, public transport is shaping up as a new front line in the battle to tame the pandemic that has already killed over 120,000 of its citizens.

In hard-hit Italy, Spain, France and Britain, standing cheek-to-jowl with fellow commuters in packed trains or trams was as much a part of the morning routine in pre-coronavirus times as a steaming shot of espresso or a crispy croissant.

That's going to have to change as authorities try to balance restarting shut-down economies while still clinging to hard-won gains in controling the spread of the virus.

Solutions include putting red stickers on the floor to tell bus travelers in Milan how far apart to stand. The Dutch are putting on longer, roomier trains and many cities including Berlin are opening up more lanes to cyclists. In Britain, bus passengers are entering through the middle or rear doors to reduce the virus risks for drivers.

“I understand the apprehension of a good number of our compatriots before taking a metro, a train, a bus, a tram, which are sometimes very densely packed,” he said.

When and how to ease restrictions, keep people safe and prevent a second wave of infections is a matter of intense debate around the world.

“There will never be a perfect amount of protection,” said Josh Santarpia, a microbiology expert at the University of Nebraska Medical Center who is studying the coronavirus. “It’s a personal risk assessment. Everybody has to decide, person by person, what risk they’re willing to tolerate.”

As restrictions loosen, health authorities will be watching closely for any sign of a resurgence of the virus. Germany has reported an slight uptick in the infection rate since some small businesses were allowed to reopen over a week ago, but authorities said it was too soon to say whether the loosening was to blame.

The United States was bracing Wednesday for news of just how hard the pandemic has hammered the world’s biggest economy. The Commerce Department is expected to estimate that the gross domestic product, the broadest gauge of the economy, shrank at an annual rate of 5% or more in the January-March quarter. That would be the sharpest quarterly drop in GDP since the Great Recession, which ended in 2009. 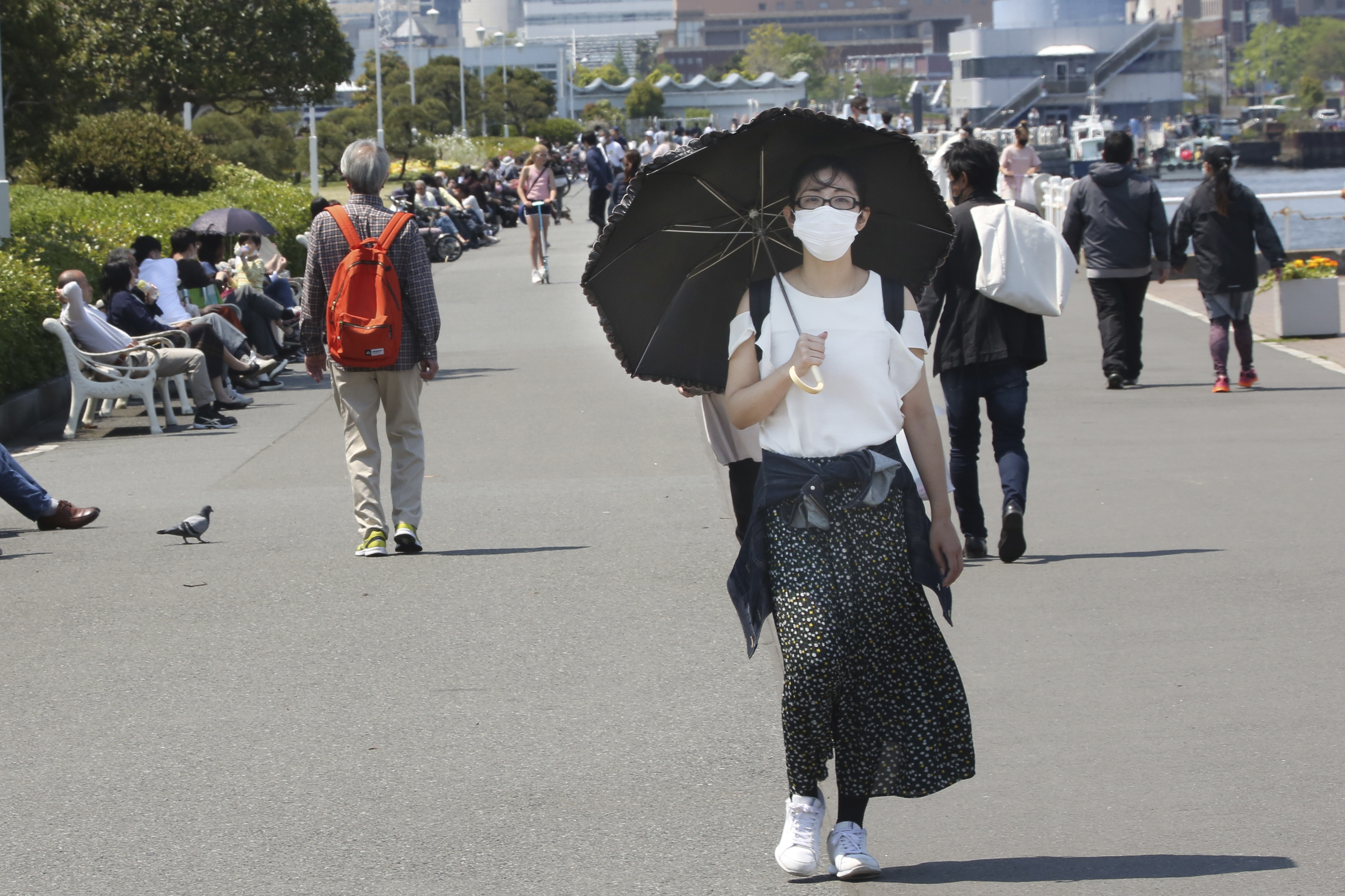 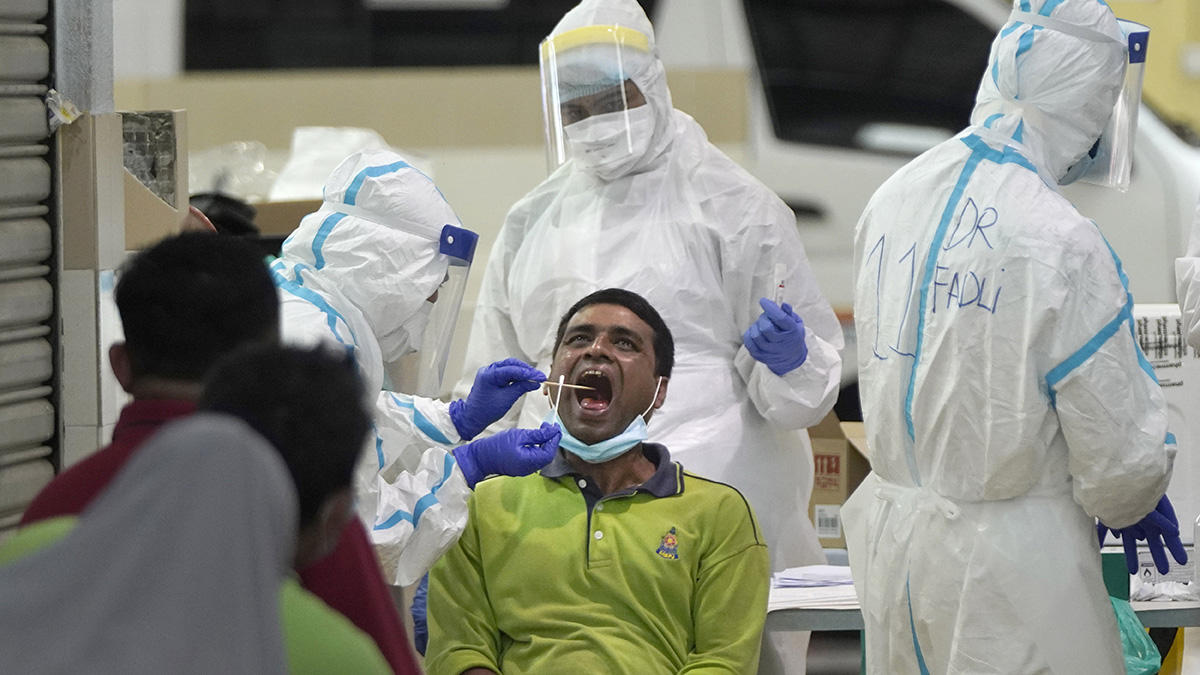 In Paris, Aircraft maker Airbus reported 481 million euros ($515 million) in losses in the first quarter, put thousands of workers on furlough and sought billions in loans to survive the coronavirus crisis. Even with all that, its CEO said Wednesday that the aviation industry’s unprecedented troubles are still at an “early stage.”

Ratings agency Fitch cut Italy’s government debt grade, the first downgrade to a major economy, to reflect the surge in public debt that is expected to hit countries dealing with the vast costs of the pandemic lockdown.

The agency lowered Italy’s rating by 1 notch to BBB- from BBB, just one level above junk bond status. It expects the pandemic to shrink the Italian economy by 8% this year and warned there is a risk of a deeper downturn.

France, Spain and Greece were the latest countries to announce roadmaps for reopening businesses and schools. They promised to spread people out on trains, trams and buses and masked faces will be the new normal in public.

The Dutch national railway service on Wednesday began boosting its skeleton coronavirus lockdown timetable by bringing longer intercity trains back into service to make it easier for passengers to stay apart.

The capacity of Milan’s metro system will be slashed to just 350,000 passengers a day, compared to 1.3 million on normal workdays. Meanwhile, the region’s commuter train service will be able to guarantee only 300,000 round-trip journeys, down over 60% from its earlier capacity.

Milan’s mayor, Giuseppe Sala, is calling for staggered working hours and more working from home to help deal with the decrease — in particular when more shops and commercial business open on May 18. Access to train stations and metro stations also will be controlled and limited starting next Monday, when the first easing of Italy's strict two-month lockdown begins.

In Spain, under a gradual easing of restrictions starting May 10, capacity in most long-distance buses and trains will be gradually increased from the current 30% of the capacity.

Around the world, confirmed infections stood at more than 3.1 million — including 1 million in the U.S. — and the confirmed global death toll topped 217,000, according to a tally by Johns Hopkins University. The true toll is believed to be much higher because of limited testing, differences in counting the dead and deliberate under-counting by some governments.

For millions, the advice so far is still to stay home.

With South Koreans about to celebrate their longest holiday since infections there surged in February, authorities on Wednesday urged people to think twice about traveling and to continue to wear masks, not share food and stay home if they are feeling sick. Officials in Japan also asked people not to travel during that country’s upcoming Golden Week holiday.

“We must not let a moment of carelessness trigger mass transmissions that would make the efforts we invested so far vanish like bubbles of water,” South Korean Vice Health Minister Kim Gang-lip said.

In China, where the virus first emerged late last year, the government announced that its ceremonial parliament will be held late next month after its original meeting was postponed. The convening of the full session, which will involve 3,000 members, is a sign of China’s growing confidence that it has largely overcome the pandemic.

In Japan, Tokyo Gov. Yuriko Koike called for an extension of a nationwide state of emergency that urges people to stay home and practice social distancing. She noted that new reported cases of the virus in Tokyo have topped 100 people a day recently.

Associated Press journalists around the world contributed to this report.