Starting Saturday, Massachusetts will no longer require people traveling from four more states to quarantine upon arriving to the Bay State, the Department of Public Health announced Friday, along with a slight tweak to its criteria for travel risk.

California, Hawaii, New Jersey and Washington are being added to the list of low-risk states, according to an update Friday on Massachusetts' COVID-19 travel order page.

The change goes into effect at 12:01 a.m. on Oct. 17. It's the first change under the Massachusetts travel order in two weeks.

Rhode Island remains the only New England state not on the list.

Travelers from states not on the low-risk list must fill out the Massachusetts Travel Form and quarantine for 14 days, according to the state's guidelines. That includes anyone who's coming from one of the low-risk states but stayed "for more than a transitory period of time in the last 14 days" in a higher-risk state. 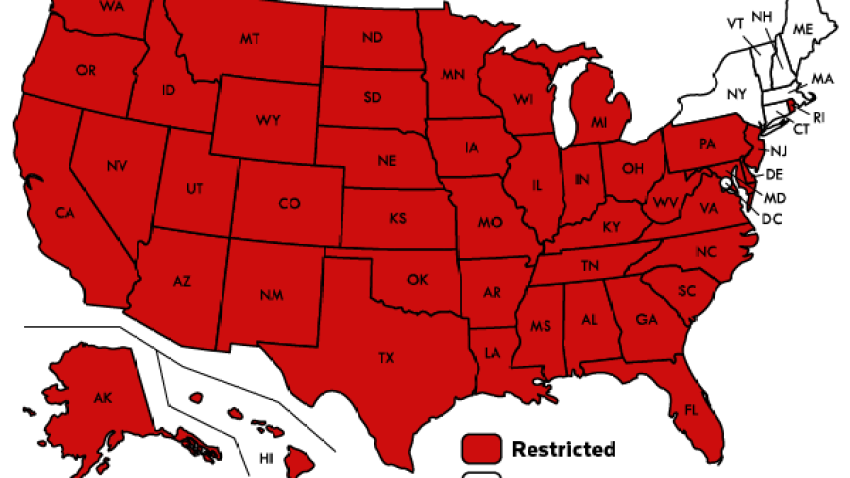 Mass. Travel Restriction List Hasn't Changed in Over a Week, Despite Spiking Cases in NY 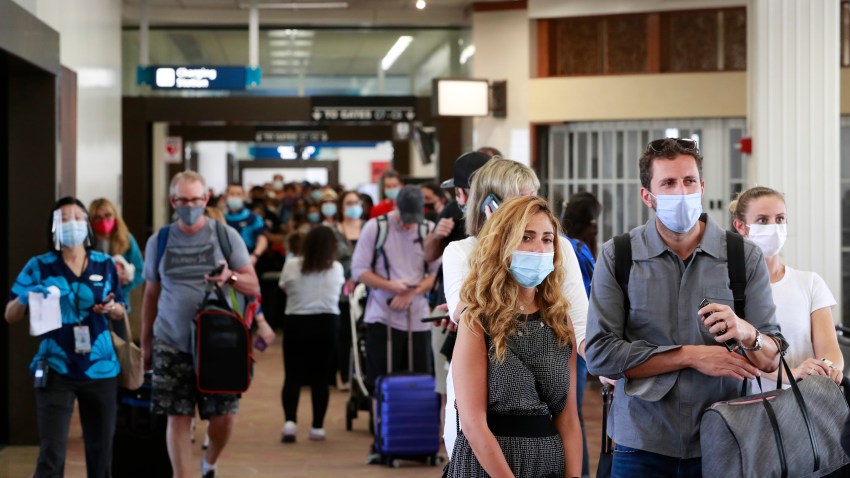