The map is gone from the Massachusetts Department of Public Health's weekly report, but there is still town-by-town data on coronavirus transmission risk

There are now 81 communities considered at the highest risk for transmitting the new coronavirus in Massachusetts, according to the latest weekly community-level data on the pandemic, which no longer includes an updated town-by-town COVID-19 risk assessment map.

The total is almost 20 more than the 62 towns and cities in the report last week, which was itself nearly twice the number of communities in the red the week before.

For the last few weeks, the number of Massachusetts cities and towns in the coronavirus red zone has seen marked increases, going from 16 to 30 to 62 to now 81. And yet, there are still fewer communities in red now than there were a month ago.

So what happened? A sweeping, though abrupt, change to how the state Department of Public Health measures the risk of coronavirus transmission, which dropped the number of towns in red from 121 to 16.

There were more changes, too: The map showing all Massachusetts community risk levels was removed, which a representative of the department told NBC10 Boston was because the map was no longer seen as being as helpful as it once was, now that coronavirus cases are being seen in most communities.

The weekly data, from the Department of Public Health, includes a breakdown of the total number of coronavirus cases in each Massachusetts city and town, transmission rates, data on clusters and more.

Friday's town-by-town coronavirus report was released the day after Thanksgiving, but only includes information through Nov. 25. In the week leading up to the holiday, the U.S. Centers for Disease Control and Prevention had urged Americans not to travel, given the high spread of coronavirus nationwide.

Six communities dropped out of red on the list: Abington, Acushnet, Nantucket, Northbridge, Rockland, and Townsend.

Massachusetts changed which communities it considered at high risk of coronavirus transmission, which dropped the number from 121 to 16 on Friday. Officials said the change allows more schools to hold in-person classes.

Massachusetts has changed its coronavirus metrics for the weekly report over time, including three significant revamps in a recent three-week span.

The most recent changes produced a major shift: knocking the number of communities in the red zone from 121 to 16 as what defined a high-risk community changed. Officials said the adjustment brought Massachusetts more in line with risk levels in other states.

Before that data's introduction, the positive COVID test rate over the preceding 14 days was the standard for measuring hot spots. The Department of Public Health's weekly report still includes that information, along with other metrics like how many tests are being conducted locally and how many cases have been reported locally.

Some of Massachusetts' smaller towns took issue with having their risk assessed based on cases per capita alone. They had said that, when a town only had a few thousand people, an outbreak in just one household could send it into red under the criteria at the time: 8 cases of COVID-19 per 100,000 residents.

Officials said two weeks ago that the latest change to the data addressed those concerns. 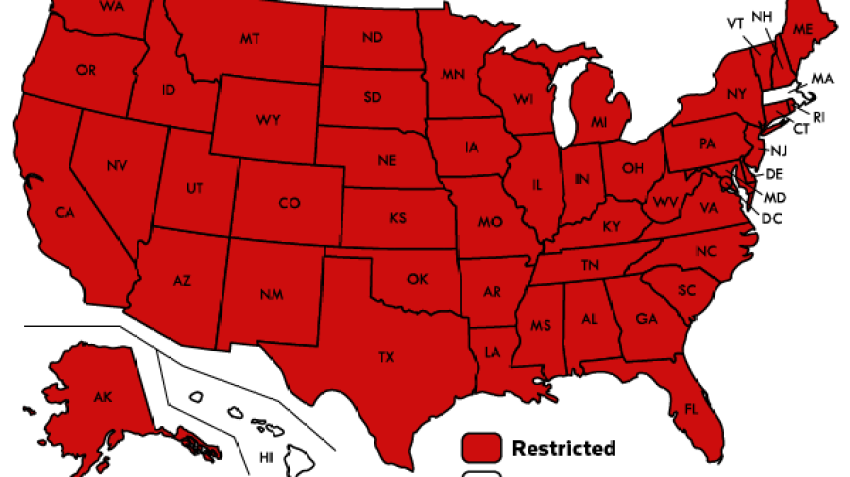 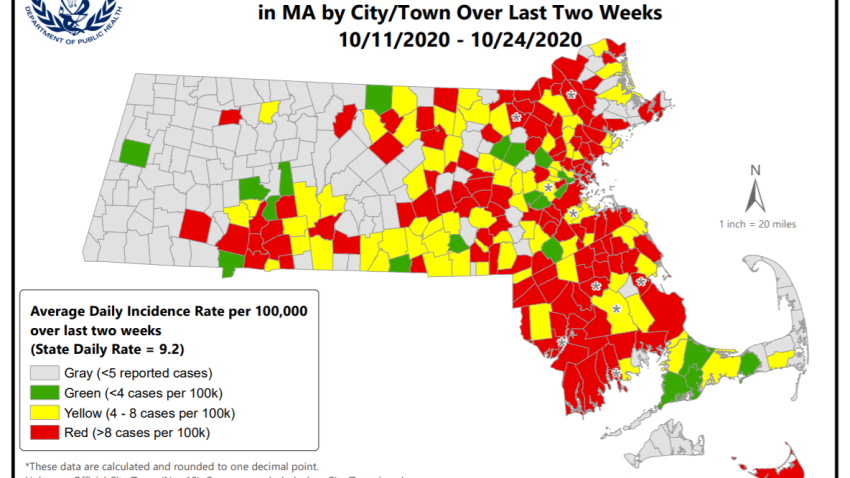 Confused About Changes to Mass. COVID Data? We Asked Experts to Explain Them