Members of the Massachusetts delegation are siding with President Donald Trump in his call to give Americans more money as people continue to grapple with the economic fallout from the pandemic.

Trump blasted Congress’ massive $900 billion COVID-19 relief package in a video he posted on social media Tuesday night, suggesting he may not sign the legislation and demanding changes his fellow Republicans have opposed. He called on lawmakers to increase stimulus payments for most Americans from $600 to $2,000 for individuals and $4,000 for couples.

Meanwhile Democrats, including those that represent the Bay State, are responding in a chorus of support. They're saying that this is what they've been asking for all along.

"That is what we've been fighting for," Congresswoman Ayanna Pressley said of recurring $2,000 monthly payments to Americans.

Lawmakers spent months in a stalemate over pandemic relief funds, even as COVID-19 cases soared across the country. Democrats had pushed for higher payments to Americans, but compromised with Republicans to allow a deal to proceed.

Republicans have been reluctant to spend more on pandemic relief and only agreed to the big year-end package as time dwindled for a final deal. Trump's call for changes to the legislation will test his sway with a Republican Party he has held tight control of throughout his presidency.

Several Senate Republicans, including Majority Leader Mitch McConnell, have begun to gingerly break with Trump and acknowledge his defeat to President-elect Joe Biden, a step Trump has refused to take. McConnell has also warned Republicans against disputing the election on Jan. 6, when Congress must formally affirm the results.

Representatives Katherine Clark and Lori Trahan called out McConnell, urging him to act on Trump's demands. The Congresswomen warned that time is of the essence as local businesses and constituents seek economic relief from the pandemic.

Meanwhile, Rep. James "Jim" McGovern retweeted a post from House Speaker Nancy Pelosi, in which she all but dared Trump’s Republican allies in Congress to meet the president’s demand for far higher payments.

"At last, the President has agreed to $2,000. Democrats are ready to bring this to the Floor this week by unanimous consent. Let’s do it!," Pelosi said in a tweet. An aide said she would put the proposal forward Thursday for a vote.

Senator Ed Markey chimed in Tuesday night, echoing a message from Vermont Sen. Bernie Sanders in which he called on Trump, McConnell and the entire GOP to "stop opposing," the $2,000 payments that he, Markey and Vice President-elect proposed seven months ago.

The relief package, brought forward Monday afternoon, sped through the House and Senate in a matter of hours as lawmakers worked to close the books on the year.

The hard-fought compromise includes $1.4 trillion to fund government agencies through September and contains other end-of-session priorities, such as money for cash-starved transit systems, an increase in food stamp benefits and about $4 billion to help other nations provide a COVID-19 vaccine for their people.

Trump told lawmakers Tuesday to "get rid of the wasteful and unnecessary items from this legislation and to send me a suitable bill," urging Congress to rush out a new version.

Trump did not specifically vow to veto the bill, and there may be enough support for the legislation in Congress to override him if he does.

But if Trump were to upend the sprawling legislation, the consequences would be severe, including no federal aid to struggling Americans and small businesses, and no additional resources to help with vaccine distribution. In addition, because lawmakers linked the pandemic relief bill to an overarching funding measure, the government would shut down on Dec. 29. 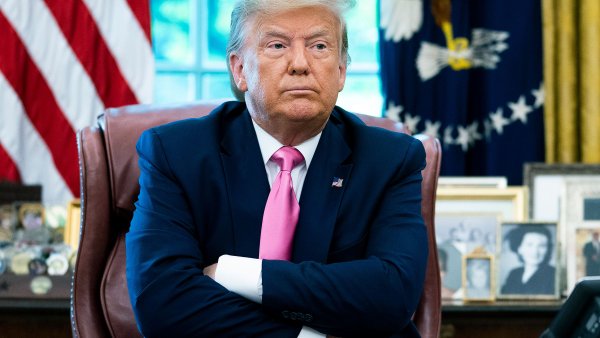 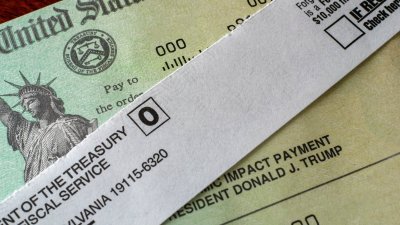