Gov. Charlie Baker said Tuesday that this week's report will include "more data around COVID clusters and where the new cases are coming from."

Massachusetts' latest weekly community-level data on the coronavirus pandemic is expected to be released Thursday afternoon, including an updated town-by-town risk assessment map.

Last week's report from the state Department of Public Health was revamped to include data on isolated outbreaks, requiring its release to be moved back from Wednesdays to Thursdays. The report showed 77 communities considered at the highest risk for transmitting COVID-19, an increase of 14 from the previous week.

In addition to updating the list of high-risk communities, Gov. Charlie Baker said this week's report will include "more data around COVID clusters and where the new cases are coming from."

The recent surge in confirmed coronavirus cases in Massachusetts is being driven in large part by an increase among younger people, Baker said Tuesday.

Whereas 15% of new cases in April were among people under age 30, now 37% of the new confirmed cases are people in that age group, the Republican governor said at a news conference at which he urged people to stop partying.

As Halloween and Thanksgiving approach, Gov. Charlie Baker urges young people in Massachusetts to stop hosting large indoor gatherings, in an effort to reduce the spread of the coronavirus.

“According to our most recent data, about 300 people per day under 30 have contracted COVID-19, have tested positive for it, with about 38,000 people in this age group diagnosed since March,” he said.

More than half the new cases have been traced to social gatherings and household transmission, and there have been more reports of indoor parties as the weather has turned cooler, Baker said. He reminded people that outdoor trick-or-treating on Halloween is safer than an indoor party.

“To keep case rates down, and help us not only keep people healthy, but also ensure that our hospitals continue to have the capacity they need to serve their patients, our young people need to be serious about dealing with COVID,” he said.

The number of confirmed coronavirus cases in Massachusetts surged past 150,000 on Wednesday, as the state Department of Public Health reported more than 1,000 new confirmed cases for the fifth consecutive day. The 1,137 new cases were out of 18,600 tests, a daily positivity rate of about 6.1%.

The seven-day rolling average of the positivity rate in Massachusetts has now risen over the past two weeks from about 1% on Oct. 13 to almost 1.6% on Tuesday, according to the Johns Hopkins University Center for Systems Science and Engineering. The seven-day rolling average of daily new cases in Massachusetts has now jumped over the past two weeks from more than 636 on Oct. 13 to nearly 1,082 on Tuesday, according to Johns Hopkins. 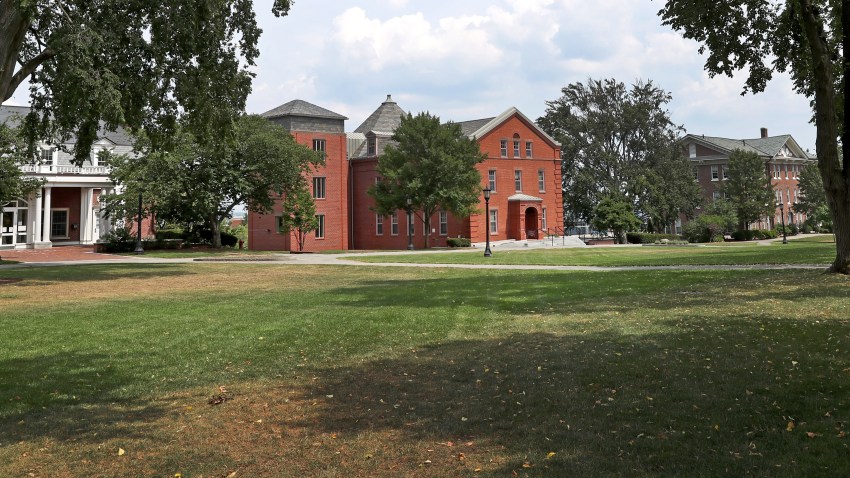