Nearly 2/3 of Mass. Towns in COVID Red Zone; Over 200K Have Begun Vaccinations

The pace that vaccines are being administered in Massachusetts has sped up, because many people got their second shots, but far fewer vaccine doses arrived in the state last week, according to Department of Public Health data

The town-by-town coronavirus risk data -- which classifies communities' risk level on a scale from red, the highest, to grey -- puts a record 229 cities and towns in the red zone, up from 219 last week. That's just shy of two-thirds of all the communities in Massachusetts. (See the full list of red zone communities below.)

And the Department of Public Health also released its weekly vaccine dashboard Thursday, which showed that more than 200,000 people in the Bay State have gotten their first vaccine shot and that another 32,000 have gotten both shots.

The data provides more insight on this winter's coronavirus surge, which has reached unprecedented levels in Massachusetts, as well as the best tool to end the pandemic.

The vaccine rollout has been bumpy, as expected, but earlier Thursday, Secretary of the Commonwealth William Galvin proposed that the state offer vaccines to people voting in person in local elections this spring as a way to speed the process up.

Hospital workers in Massachusetts and across the U.S. are beginning to receive vaccinations for coronavirus.

That means 65% of all of Massachusetts' 351 communities are in the red zone; the report said the state as a whole is in it as well.

The two coronavirus vaccines approved so far in the country's fight against the pandemic, from Pfizer and Cambridge-based Moderna, both require that people receive two doses spaced out over three or four weeks.

The pace that vaccines are being administered has sped up -- 39% more doses were administered in the week covered by Thursday's report, Jan. 6-12, than the week before. But the increase is due to many more people getting the second dose of the vaccine, since 11% fewer people got the first dose week-over-week.

The number of vaccine doses coming to Massachusetts is also on the decline, the report shows. Just 18,450 doses of both the Moderna and Pfizer vaccines were shipped to the state, 58% fewer than the week before.

Vaccines are the key to getting society back to normal, since they have been found to offer the greatest protection from serious complications in people who are infected with the virus. The widespread distribution of the vaccines will trigger the final phase in Massachusetts' reopening plan, when restrictions will be lifted.

The weekly report has a history of somewhat abrupt changes.

At first, last week's report said Massachusetts health officials were no longer releasing town-by-town coronavirus metrics on a weekly basis, since they are included in the daily, interactive coronavirus dashboard, visible here under the "city and town" tab. It shows communities' positive test rate and overall testing rate, though not other metrics that were included in the old format.

"Data previously found in this report, including town-by-town cases and testing reporting, can now be found in the daily interactive dashboard," a note in that week's pared-down weekly report said. But a new version of the report was issued later that night brought back the data.

More major changes before that knocked the number of communities in the red zone from 121 to 16 as what was defined a high-risk community changed. Officials said the adjustment brought Massachusetts more in line with risk levels in other states.

However, the numbers grew again as the weeks passed, eventually rising to 190 communities in the red zone before the data switched to the interactive dashboard.

Before the introduction of that data, the standard for measuring hot spots had been the positive COVID test rate over the preceding 14 days. The Department of Public Health's weekly report still includes that information, along with other metrics like how many tests are being conducted locally and how many cases have been reported locally.

Some of Massachusetts' smaller towns had taken issue with having their risk assessed based on cases per capita alone. They said that, when a town only had a few thousand people, an outbreak in just one household could send it into red under the criteria at the time: 8 cases of COVID-19 per 100,000 residents. 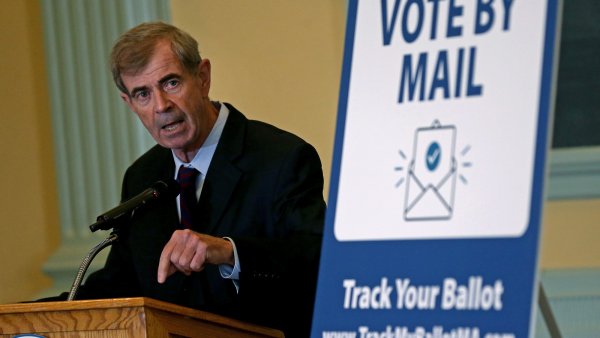 Vote and Vaccination? Galvin Suggests COVID Shots Be Given at Mass. Polling Sites 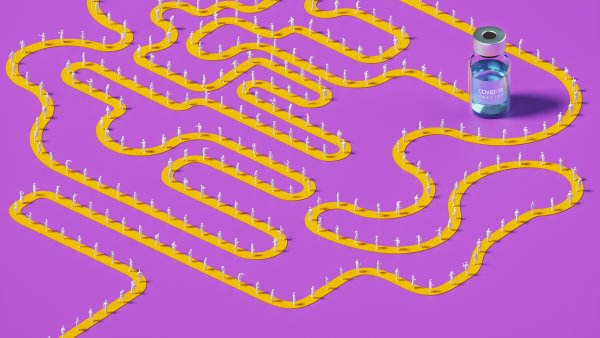