New Hampshire's Executive Council rejected tens of millions of dollars in federal funds for vaccination outreach when the four Republican members of the five-member body voted it down despite the objection of Republican Gov. Chris Sununu

Among other things, the money would have allowed the state to hire a public health manager and a dozen workers to promote the COVID-19 vaccine and address public concerns about it.

Opponents argued the grant language would have required the state to comply with any "future directives" issued by the Biden administration regarding COVID-19, such as vaccine mandates. The same language has appeared in other grants accepted by the council, a five-member body that approves state contracts. And it does not in any way impede the state's sovereignty, said both Attorney General John Formella and Republican Gov. Chris Sununu.

"I appreciate that you have concerns, but they're based on fantasy," Sununu told Councilor Joe Kenney. 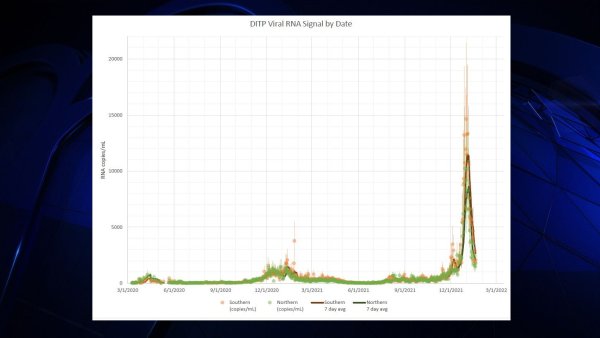 "You reject these federal dollars, the federal government doesn't put it in a savings account. … They're going to send it to New York and California. The dollars are ours, for programs we already implemented," said Sununu. "So to say no makes no logical sense whatsoever."

All four of the Republican councilors voted against the grants, including David Wheeler, who urged Sununu to "stand up like the governor of Texas." Although Sununu plans to join a lawsuit against President Joe Biden's COVID-19 vaccine mandates for private employers, he said he won't be following the lead of Texas Gov. Gregg Abbott, who on Monday issued an executive order barring private companies or any other entity from requiring vaccines.

"You want the government to tell private businesses who to hire and fire?" Sununu said. "That is completely un-American."

Two weeks ago, the council canceled its meeting after shouting protesters paraded around the meeting room at Saint Anselm College. There were no arrests that day, but nine people were arrested on Wednesday, when the meeting was held at the state police training facility in Concord.

Holding signs that read "FIGHT MEDICAL TYRANNY" and "THE FINAL VARIANT IS CALLED COMMUNISM," audience members repeatedly interrupted the meeting with applause and jeers, although at several points they stood in silent protest with their backs to the governor and council. Dozens more gathered outside.

"Shame on you. The gallows are calling for all you tyrants!" one man yelled outside toward the entrance used by state officials. Another participant, Devon Dukelow, said it was important for him to attend because his rights are being trampled on.

"Even though they arrested people for practicing their First Amendment rights, in the end, the people got what we wanted," he said. "The Constitution is not being adhered to, and Gov. Sununu, we see what he's really about."

Republican Councilor Janet Stevens called for an end to the "frightening fictional banter that's out there," but voted against the contracts, saying money could be found elsewhere for the same purposes. But Councilor Cinde Warmington, the lone Democrat on the council, cast her colleagues' votes as political pandering to a "small, misinformed minority."

"Rejecting these funds would impede people who want to get the vaccine or boosters to readily access them, it would place additional burdens on our already stressed health care system and our health care workers, it would delay our recovery from this pandemic and it would prevent the full recovery of our businesses and our schools," she said.

Sununu later said the vote showed a "reckless disregard for the lives we're losing." State Health Commissioner Lori Shibinette said she did not know of any other states that have rejected such funds.

"I don't care about other states," one man said as he was arrested. "This is the Live Free or Die state."

In other coronavirus developments:

More than 126,000 people have tested positive for the virus in New Hampshire, including 510 cases announced Wednesday. Two new deaths were announced, bringing the total to 1,511.