Baker Spars With Pressley, Rollins Over Coronavirus in Correctional Facilities

"They've done a terrific job of keeping prisoners and inmates separated, providing them with PPE, sanitization, all that sort of stuff, instructions and guidance about how to avoid spreading the virus, and the numbers have shown it," Baker said Tuesday.

But both Pressley and Rollins contest that social distancing "behind the wall" is virtually impossible. They joined a chorus of public health experts and criminal justice advocates and, outside the Massachusetts State House Tuesday, called on Baker to release people from prison.

"The COVID-19 pandemic does not need to be a death sentence for the individuals and staff in our state jails and prisons," Pressley said. "But without intervention it will be unless Governor Baker uses his power to stop it."

Pressley and Rollins also penned a letter to Baker, urging the governor to use "clemency and emergency powers" to release people who do not pose threats to the community.

"Across the Commonwealth, you should direct prisons and jails to reduce the incarcerated population as quickly and as safely as possible," they wrote. "The lives of Massachusetts residents depend on your compassion and courage, because public health decarceration is literally a matter of life and death."

But Baker pointed to the Massachusetts Parole Board, which has released more than 1,400 inmates on parole permits over the past seven months through a process that he said ensures they can successfully reintegrate into community.

The average monthly rate runs about 9% higher than last year, according to the Department of Corrections, despite fewer people in correctional facilities

Citing media reports and Department of Correction data, Pressley and Rollins said that positive tests at the MCI-Norfolk facility exploded from just two on Oct. 28 to 140 as of Nov. 7, accounting for more than 10% of the population.

"This is an avoidable crisis. Urgent compassion and action is needed, Governor," Rollins said. "People who are incarcerated deserve to be treated with dignity and should not be subject to medical cruelty. There is no death penalty in Massachusetts, yet we have seen people die."

With the exception of a few months over the summer, Baker estimated that the correctional facilities outperformed Massachusetts overall when it comes to the positive test rate.

But Pressley and Rollins said that other parts of the state's correctional system have also shown upticks, describing October outbreaks in at least two facilities and dozens of positive cases among those involuntarily committed in the Massachusetts Alcohol and Substance Abuse Center.

Rollins noted Tuesday that other states have collectively released thousands of people in custody, including Washington, Iowa, Oklahoma and most recently New Jersey.

Massachusetts hospitals are preparing to meet the demand of COVID-19 cases while maintaining normal operations as cases rise in the state.

The number of patients hospitalized for COVID-19 increased to 618 Tuesday, up 30 from the day before. Of that number, 115 were listed as being in intensive care units and 68 intubated, according to the Massachusetts Department of Public Health.

There have now been 9,936 confirmed deaths and 167,929 cases, according to the DPH. Another 227 deaths are considered probably linked to COVID-19.

Baker is working on plans to reinstate filed hospitals in the event that the health care system reaches its capacity, he announced at a Tuesday news conference. 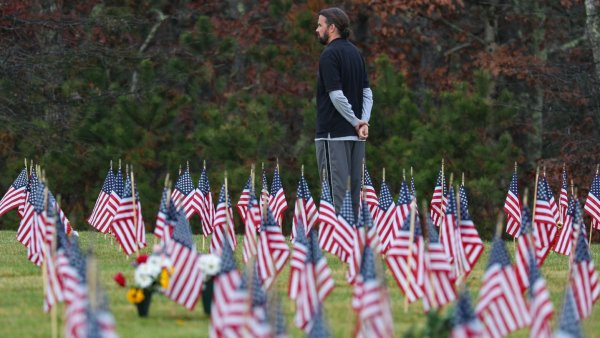 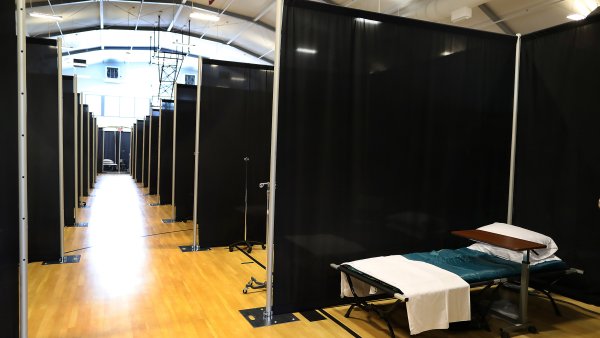