Rhode Island Gov. Gina Raimondo has announced an aggressive plan to test tens of thousands of residents for the novel coronovirus as well as free antibody tests to random residents.

During her news conference at the State House Wednesday, Raimondo said Rhode Island is "faring well compared to other states" although the number of COVID-19 cases was up.

She said as the state moves towards reopening, her top goal is to not have things shut down again, and therefore more testing needs to be done.

Right now, Rhode Island is testing 7% of the state or about 3,000 people a day for COVID-19, the disease caused by the novel coronavirus, Raimondo said. The governor would like to see the state testing 10,000 residents a day by July and 20,000 by the end of September.

The increased testing will help to identify those who need to be isolated and will help in the contact tracing efforts.

With Mother's Day this weekend, Raimondo plans to announce Thursday whether the state's stay-at-home order will be lifted. Should she lift the order, she does not suggest rushing over to the homes of older mothers or having large family gatherings.

"This year it's going to have to be different," Raimondo said.

The Rhode Island Department of Health reported 15 new COVID-19 related deaths on Wednesday for a total of 370. 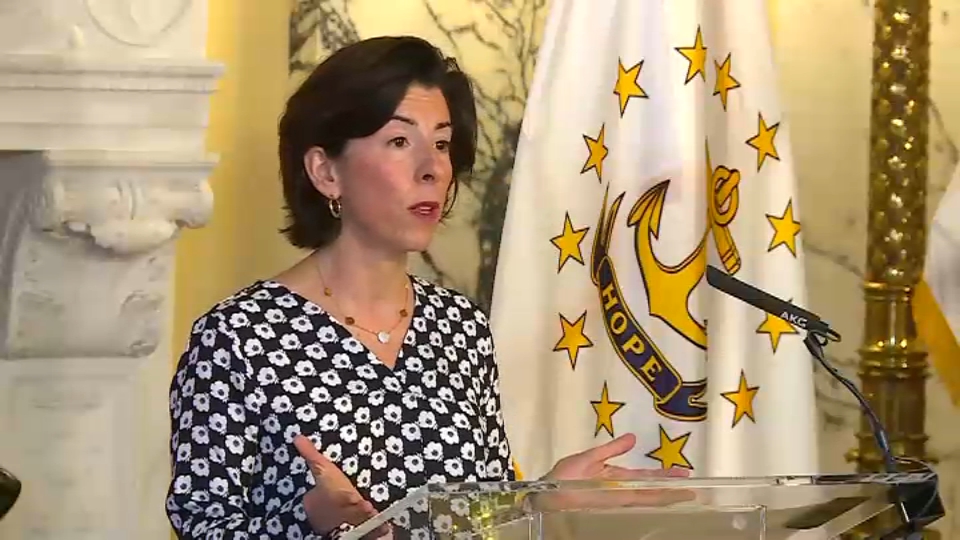 Gov. ‘Hopes' to Begin First Phase of Reopening as Coronavirus in RI Has Plateaued

The governor also announced that the state Department of Health will be sending letters to 5,000 randomly selected residents to offer free antibody tests. Those who receive the letter can go to a Stop & Shop in North Providence, Pawtucket, Cranston or Newport and receive their results in 48 hours.

As an additional effort to get more residents tested, Raimondo said the state hopes to roll out a contact tracing app next week.

Raimondo announced Tuesday she could be signing an executive order later this week requiring residents to wear cloth face coverings in public places. The order, set to take effect Friday, applies to both indoor and outdoor public spaces, she said.

Exceptions will be made for some residents, including young children and people with developmental issues and those with some underlying health conditions.

Meanwhile, an investigation into possible unemployment benefits fraud related to the coronavirus pandemic is expanding with as many as 2,000 cases in Rhode Island.

An agency spokeswoman says the department has received roughly 2,000 reports from people who say they have been the victims.

Rhode Island's COVID-19 Response Fund has awarded an additional $1.4 million in grants. The fund formed in mid-March has now awarded to $7.2 million to nonprofits around the state to help people affected by the virus.