Study Shows Rise of Hate Crimes, Violence Against Asian Americans During the Pandemic

While the pandemic’s long-lasting impact has affected public health and the economy, the Asian-American community has also experienced the fallout of COVID-19 – being unfairly blamed for the pandemic and becoming the target of discrimination and violence. 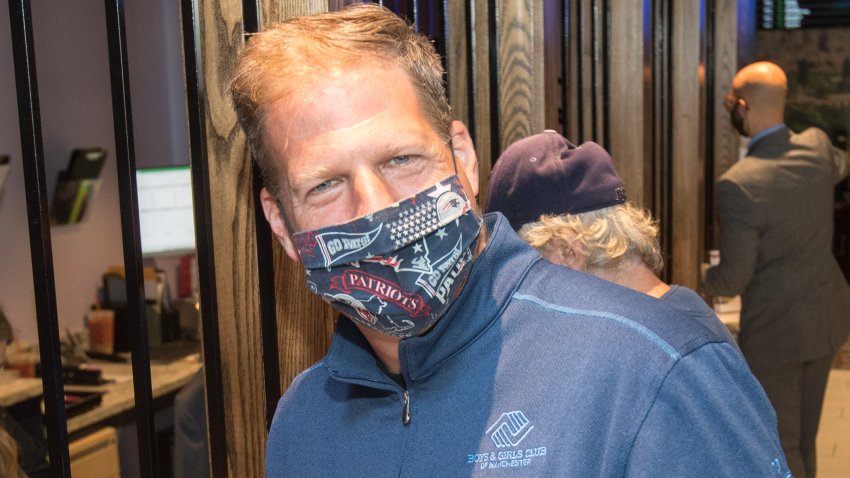 All Mass. Adults Become Eligible For the COVID Vaccine Monday. Here's What to Know

The report goes on to say that, as of Dec. 31, there were 259 anti-Asian incidents in New York reported to "Stop AAPI Hate," a report center sponsored by the Asian Pacific Policy & Planning Council, Chinese for Affirmative Action, and San
Francisco State University’s Asian-American Studies Department. Although the majority of the incidents reported involve verbal harassment, shunning, physical assault, as well as being coughed and spat on are being reported at an alarming rate, according to the published study.

During a virtual conference Thursday, Russell Jeung, Chair and Professor of the Asian American Studies Department at San Francisco State University, elaborated on the aggressions and hate incidents faced by Asian Americans during the pandemic.

“New York City, after San Francisco, reported the most hate incidents in the past year," Jeung said. "Some of the notable differences between New York and the rest of the nation are that you have a lot more verbal harassment, a lot more physical assaults...You also have more incidents in New York of being coughed at and spat upon. This sort of heinous behavior that’s really dehumanizing seems to be particular to the pandemic. And we have clear rates of civil rights violations in New York being barred from establishments."

Meanwhile, New York data shows a greater number of transportation-related incidents compared to other regions of the country.

"And especially in New York, we noticed a lot of being barred from ride shares and taxis early on -- that people wouldn’t pick up Asian Americans -- and those are civil rights violations," Jeung went on to say. "The primary bulk of cases are not hate crimes, but hate incidents, verbal harassment, getting yelled at and having racial slurs slung at us. And these aren’t just micro-aggressions. I want to add, our survey respondents who reported hate instances, there’s clear racial trauma being reported -- that they have long lasting effects of depression, sleeplessness, and avoiding some places when you experience an act of racism.”

The report notes that the incidents reported to community organizations represent a small fraction of the actual number of incidents targeting Asian Americans. Even though these hate-fueled incidents are underreported, the study says that police reports detailing anti-Asian incidents have actually spiked compared to the period before the pandemic.

The report, citing NYPD data, states that between Jan. 1 and Nov. 1, 2020, 24 coronavirus-related hate crimes were reported -- a crime category that did not exist in 2019. However, this number is eight times that of hate crimes reported against Asians in the same period the year prior to the start of the pandemic. The report goes on to say that in the first quarter of 2020, 23 arrests were made for racially motivated crimes -- 39.1 percent of which were of an anti-Asian bias nature, compared to 6.1 percent in 2019. In the third quarter, 19 hate crime arrests were made, with 20 percent being for anti-Asian crimes. The report also points out that the NYPD reported a decrease in hate crimes against other groups during the same time period.

Additionally, according to the study, between February and May 2020, the New York City Commission on Human Rights (NYCCHR) received reports of 389 coronavirus-related hate incidents. Of those, 145 involved anti-Asian sentiments, representing 37 percent of all complaints.

The study also touches upon online anti-Asian aggression, saying these hate incidents are underreported because the aggression is hate speech "as opposed to an attack on a particular individual," adding that "current online infrastructures do not track or regulate hate speech."

An Asian American woman who was filming a heated argument on NYC subway was in turn verbally attacked by a man. NBC New York's Adam Harding reports.

The report also addresses certain issues that may contribute to victims of hate crimes not reporting incidents, including the actual reporting process, which can be considered too time consuming, personal or burdensome, especially during a pandemic. Additionally, there may be language barriers and a fear of backlash from the community or the perpetrator.

"There are many potential solutions to this particular problem," the report reads. "The ability to report through an official website or hotline, including anonymous reporting, would help protect the identity of the victims (at least for initial stages or when criminal charges are not being pressed) and eliminate some of the burdens of reporting. It would also increase the standardization of data collection."

During Thursday's virtual conference, Chris Kwok, AABANY Board Director and Issues Committee Chair, said that "the political and legal invisibility of Asian Americans has real-life consequences."

"Over the last year, NYPD statistics showed an eightfold increase in hate crimes reported by Asians, which means there’s far more that were unreported," Kwok said. "We don’t know a single prosecution, either on the criminal side or civil resolution… it’s difficult to tell people that you exist. We’ll continue to do that until that’s no longer needed."

Kwok highlighted one of the suggestions proposed: make the NYPD anti-Asian Hate Crime Task Force a permanent fixture and a unit that should not be a voluntary assignment given the scope of the problem.

Sungmin Kwon was inside a 7-Eleven in Bayside, Queens, when a man called him racial slurs and told him Asians don't belong in this country.

Additionally, Kwok pointed out that getting Asian Americans interested and active in politics is also an important means of addressing the problem.

“At the same time that we’re describing a difficult situation for Asian Americans, we are beginning to see a real engagement by Asian Americans in the local political process at a scale we’ve never seen before. So there’s a lot of hope," Kwok said.