Swim at Your Own Risk? Lifeguard Shortage Hits Beaches, Pools in Mass.

A nationwide lifeguard shortage is having an impact at beaches and pools across Massachusetts. As cities and towns scramble to fill open positions, they are closing some swimming locations and leaving others unguarded.

In Barnstable, the town usually hires 105 lifeguards for the season. This year, they have yet to fill 22 of the positions. They have a training class next week, but so far only two people have signed up.

If they cannot recruit more lifeguards, they will be forced to close two swimming sites, the town’s recreation department director said. They have yet to decide which ones will be closed.

“We’re trying to figure out how to make it happen, but the whole thing stinks. It really stinks,” Director Patti Machado said.

After diving into the ocean and accidentally hitting a sandbar, 16 year-old lifeguard, Sam Jarmer, has been recovering from being paralyzed from the chest down. While living apart from his family due to the inaccessibility of his 200 year-old victorian home, Sam’s father suffered an unexpected heart attack. George to the Rescue was honored to provide the family with a...

The shortage is being felt in Natick too. The town is still looking to hire more lifeguards for Memorial Beach at Dug Pond.

Keefe said the pandemic is partly to blame. He said some do not feel comfortable doing the job because of potential risk. The virus also halted a lot of the certification classes lifeguards take before they start work.

“I’m not going to take someone walking down the street and go, 'Hey, here’s a suit. Go sit in the chair,'” Keefe said.

Here is some advice for swimming in natural bodies of water, like rivers and lakes.

Due to the shortage, the Massachusetts Department of Conservation and Recreation has already announced there will not be lifeguards at several state parks this year including at Lake Cochituate in Natick.

“It’s insecure for us parents because I don’t swim. I can’t swim so we depend on them,” said ODalys Chavez, a mom who was visiting the lake with her children Thursday. 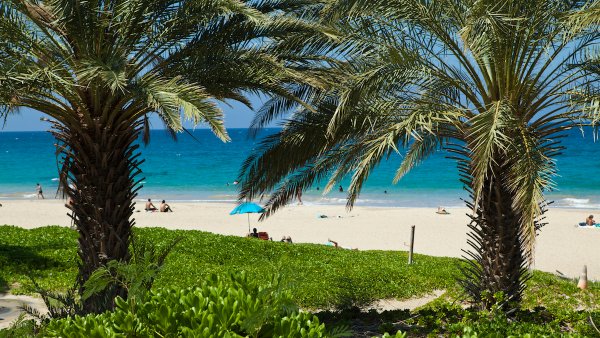 The Top Ten Beaches in the U.S., According to Dr. Beach

With a rash of drownings in Massachusetts over the last few weeks, the American Lifeguard Association is putting out tips. They suggest assigning a water watcher until places staff up.

“It’s like a designated driver. No texting. No drinking. Just watching people in the group that you’re with. That helps out a lot,” said Wyatt Werneth, a spokesperson for the American Lifeguard Association.

The state is trying to get more on board by putting up signs, providing free training and offering competitive pay.

“I didn’t know they were looking for people,” Sandra Rivadeneira said after seeing one sign at Revere Beach. “It’s a great opportunity. I think I will take advantage and do that.”

Officials are urging people to be cautious around the water in the ongoing heat wave after a series of recent drownings across Massachusetts.